On May 20 (local time), BTS made their much-anticipated appearance at the Billboard Music Awards 2018 (BBMAs).

It was a memorable night for the group and fans as they took home the Top Social Artist award for the second consecutive year and also showcased the world premiere performance of “Fake Love.”

In addition, the members met up with several international stars who were also in attendance.

A day before the show, the group tweeted photos with the producer and DJ Zedd.

On the red carpet for the ceremony, Frankie Grande and activist Blair Imani shared selfies taken with BTS.

Freaking the Frankie out with @bts.bighitofficial! #BBMAS ❤️?✨??

Actress Rebel Wilson posted a photo taken with Suga, Jimin, and V at the show.

Tyra Banks posted a short clip of her with BTS and also a group photo. 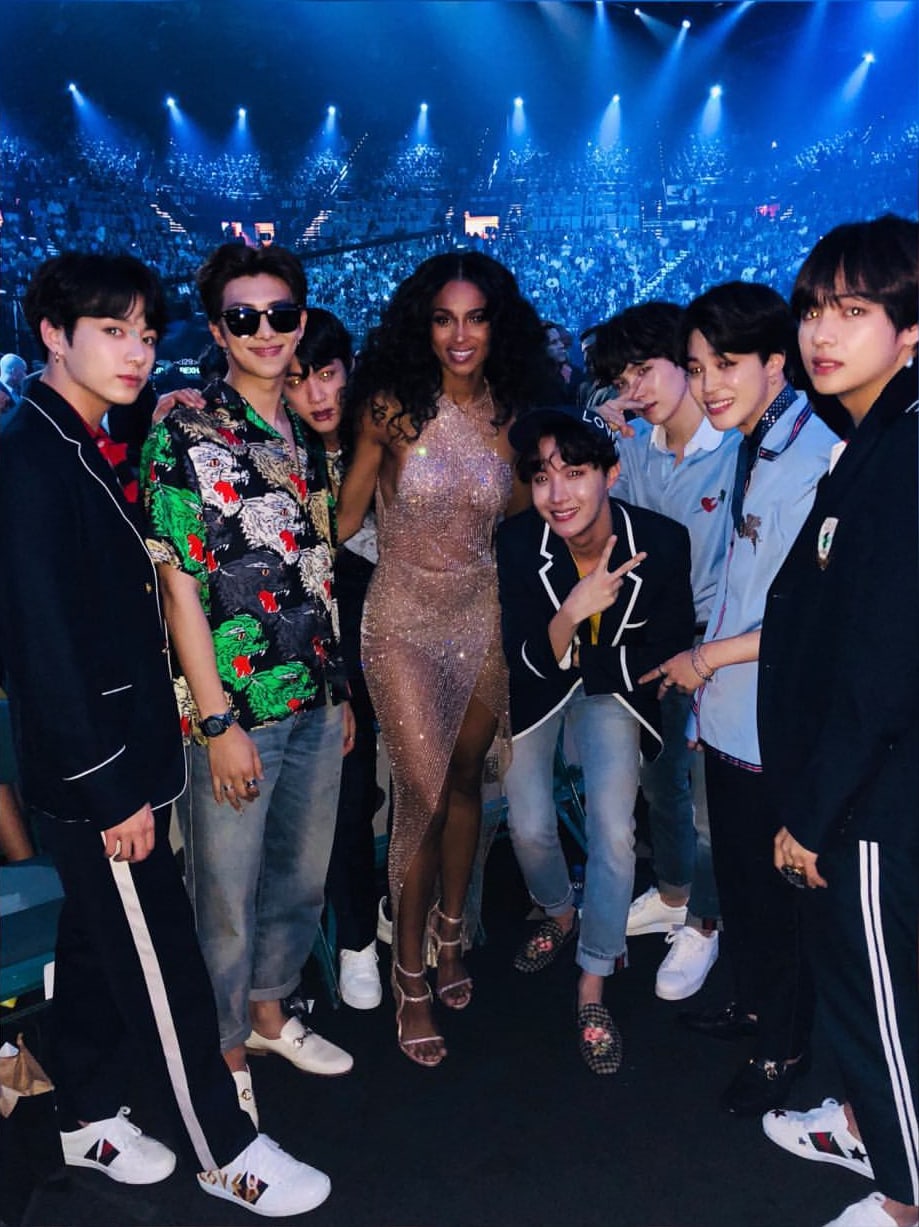 Backstage at the #BBMAs2018 with @BTS_twt pic.twitter.com/6zLl1uCKgZ

The Chainsmokers, who BTS has previously collaborated with, wrote, “Back with the boys! Congrats on the new album.”

Back with the boys! Congrats on the new album @BTS_twt pic.twitter.com/1prMieFfbu