BTS was asked to put their creative skills to the test and draw their own interpretations of the “BE” album cover in 60 seconds with MTV Unplugged.

RM used clever wordplay to come up with the idea for his cover. Since “BE (비)” also means “rain” in Korean, he drew a rainy scene. 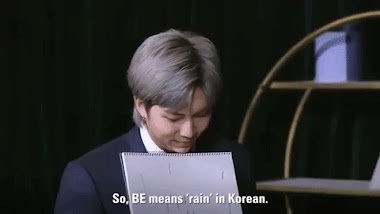 Jimin drew a sleek version of the word “BE” casting a shadow and standing tall as if it was a building. 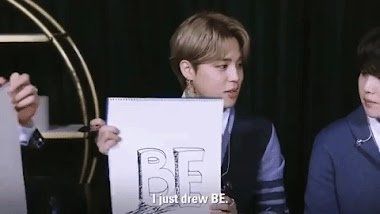 Suga chose to make his practical and replicate how great albums are often coupled with a 5-star rating and description under the title. 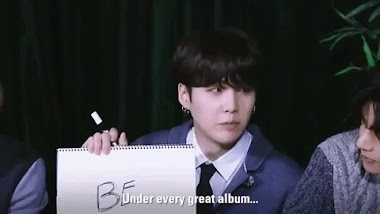 Sitting next to him, V hilariously ripped off Suga word for word! 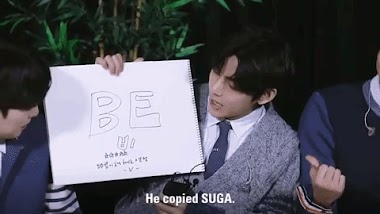 Jin came up with a double meaning to the letter “b,” which sounds like the album’s title and also is often used as a symbol representing a thumbs up when texting. 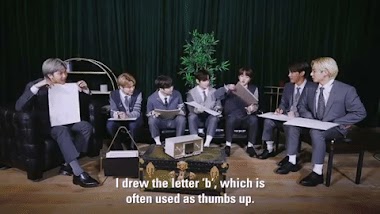 J-Hope went for a cool and trendy approach by drawing the title in his signature hip-hop-inspired style. 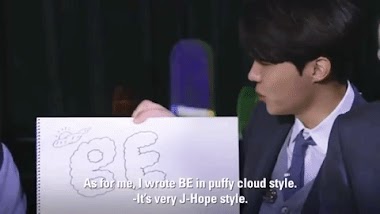 Honesty is the best policy for Jungkook who admitted he didn’t put much thought into it — but that didn’t stop him from creating a unique and pretty piece of art! 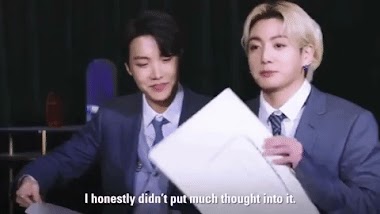 Watch the full video below of the boys creating their own covers below!