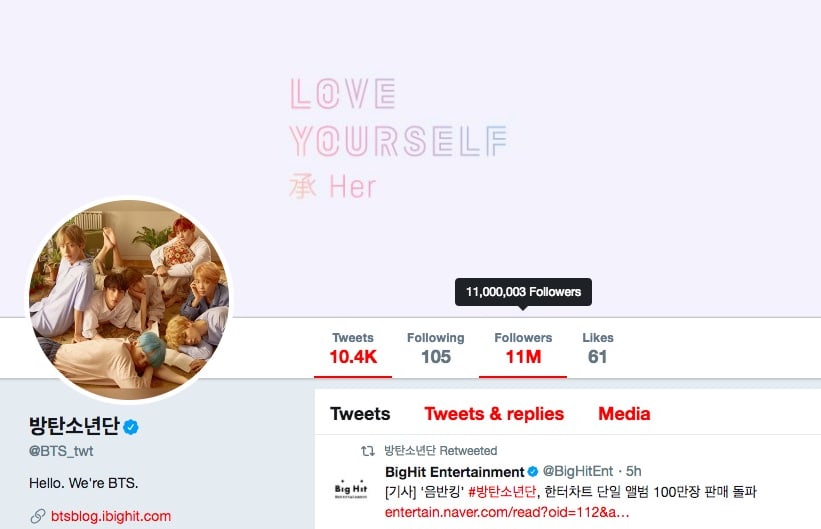 With continuous rapid growth, BTS remains the most followed Korean Twitter account and only one with over 10 million followers.