BTS is on their way to Los Angeles for the 2019 Grammy Awards and they’re sharing their excitement!

The 2019 Grammy Awards will be held at the Staples Center in Los Angeles on February 10 (local time), and BTS has been invited to present an award at the ceremony, becoming the first Korean celebrities to do so. HuskyFox, the album art director of BTS’s “Love Yourself: Tear” album, has been nominated in the Best Recording Package category. 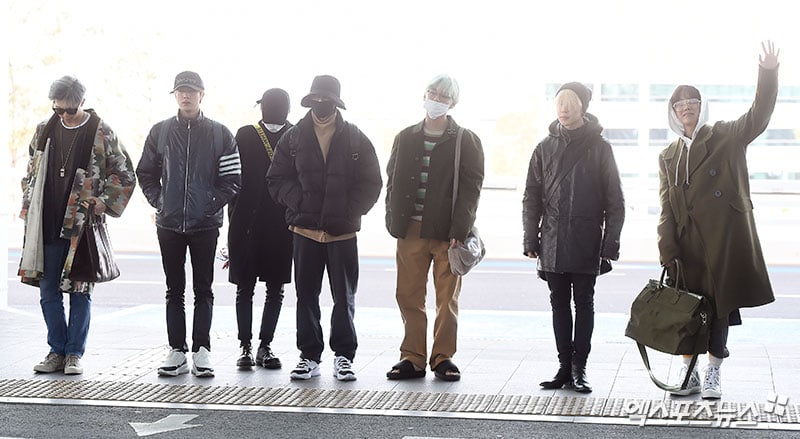 In order to attend the event, BTS set off from Korea on February 9 and shared many posts with fans on social media to take them along on the journey!

RM and Jimin shared selfies from the plane, with captions like, “We’ll be going now.” In his post, Jimin commented on how cute V looked with the filter they were using.

More photos were shared with a sincere message from BTS saying, “Thank you for giving us this unforgettable gift.”

BTS will take part as presenters in the 2019 Grammy Awards, which will air on February 10 at 8 p.m. EST on CBS.

Are you excited to see BTS at the Grammys?