BTS Lied To Jungkook, Now Fans Are Digging Up The Truth In The BU

A new BTS mystery has fans ready to throw hands, and it’s all because of the BU!

After more than a year of inactivity, BTS’s Smeraldo Books Twitter account came back to drag ARMY back into the BTS Universe (BU) to revisit its unsolved mysteries. 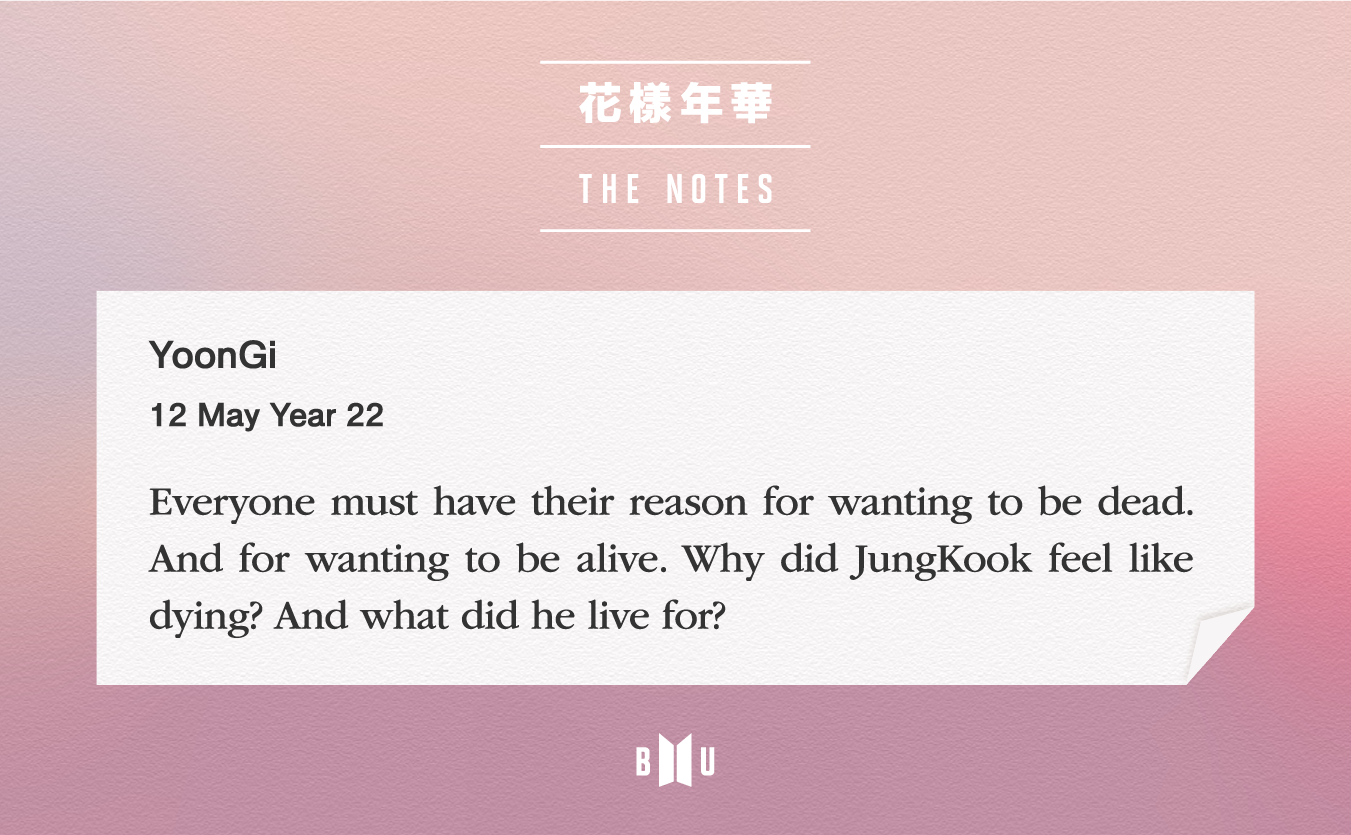 Smeraldo Books began posting new notes for The Notes 2 on July 22 that correspond to each member’s fictional story, as told in BTS’s music videos, The Notes 1, and the Save Me webtoon. The most recent note is from Jungkook. 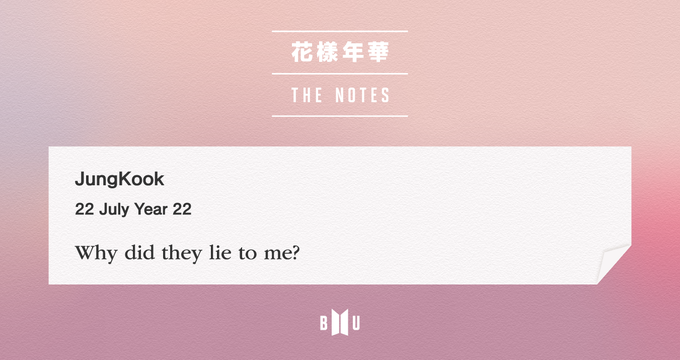 In the English translation, it’s unclear who lied to Jungkook, but the tweet’s Korean caption says, “Why did the hyungs lie to me?”, referring to his members. 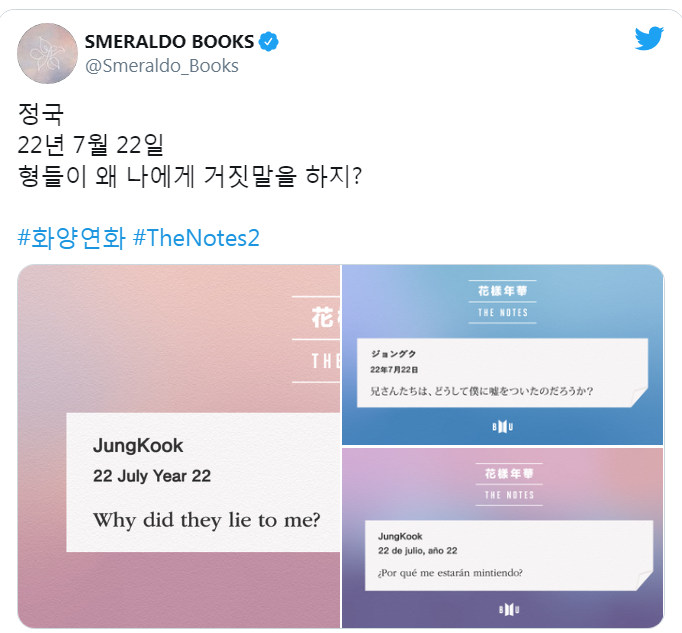 What did BTS lie about? Why did they lie, and when? This fictional strife is wounding fans deeply…

i feel so bad for hyyh jungkook.. like yes he’s fictional but “why did they lie to me” is tearing me apart ????

…and now they’re digging through BU content to uncover the truth.

The answer seems to be hiding somewhere between Jungkook’s May 22, 2022 entry (his character’s car accident)…

…and his July 24, 2022 entry (the party to celebrate his discharge from the hospital).

At the party, Jungkook began to become suspicious of his friends, feeling like they were hiding something from him. Later on, in an August entry, Jungkook’s feelings of resentment reach a boiling point when he imagines harming his friends while playing a violent video game.

No matter how many times Jin travels back in time to save his friends, they continue to suffer. Will BTS ever have a happy ending in the BU?

BTS Fans Desperately Want “Yoonkook” To Have A Happy Ending