When your friends are debating and you don’t want to take sides, it probably looks something like this: 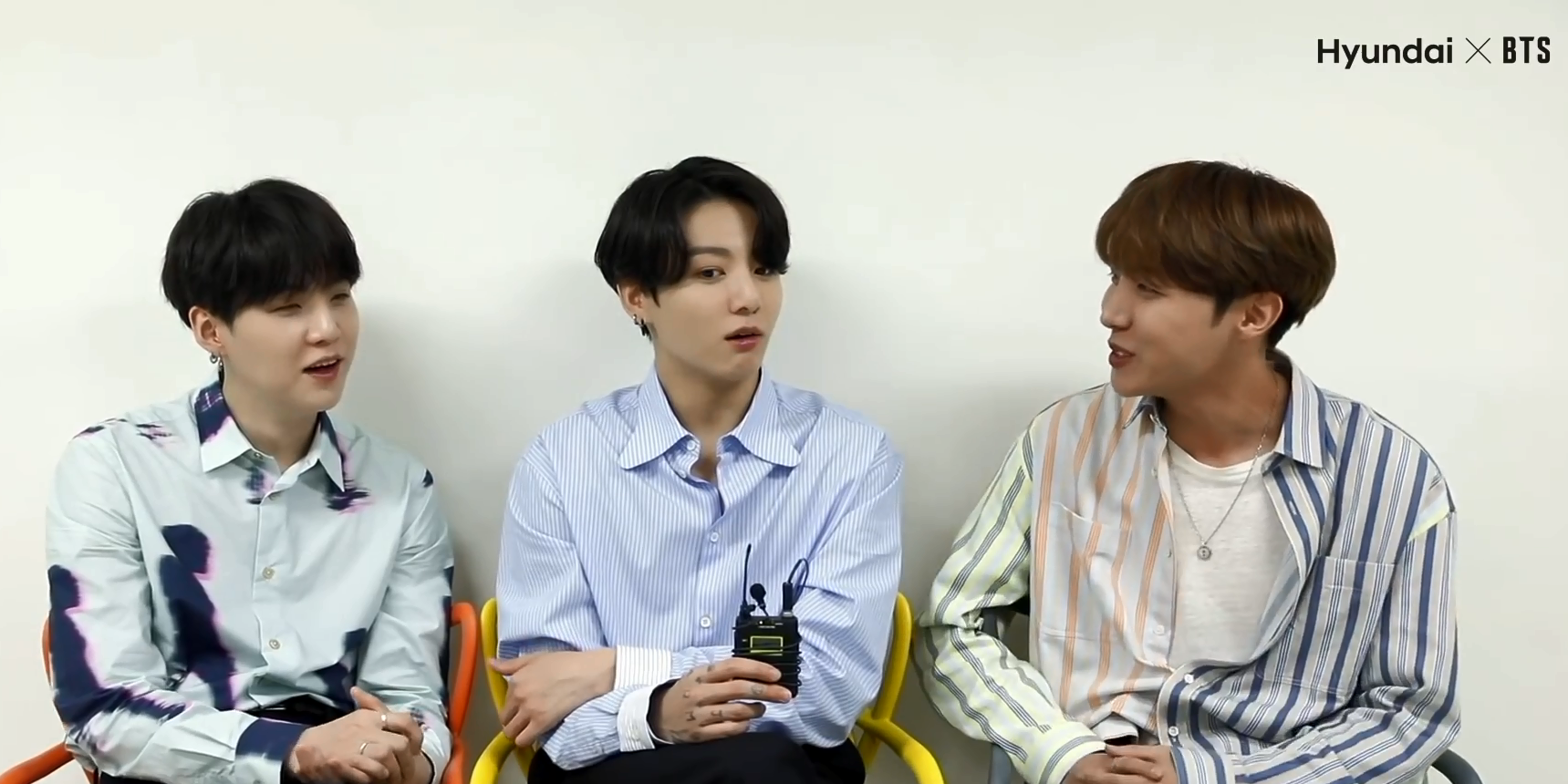 BTS‘s Jungkook got caught between J-Hope, Suga, and their playful bickering during a new interview with Hyundai. The members were split into groups of two and three to discuss  “IONIQ: I’m On it”, a new song that promotes Hyundai’s electric vehicle sub-brand, IONIQ.

During the interview, this trio was asked, “What kind of daily efforts do you make for the Earth and environment?” Suga and Jungkook talked about possibly switching from gasoline to electric cars in the future. 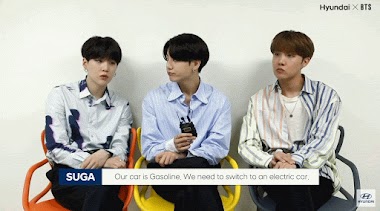 J-Hope had a totally different plan: holding his breath to cut down on carbon dioxide emissions. 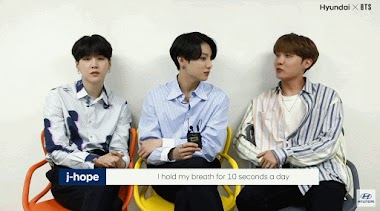 Jungkook praised J-Hope’s methods, but Suga wasn’t having it. “That is useless,” he said, making his members and the staff laugh. 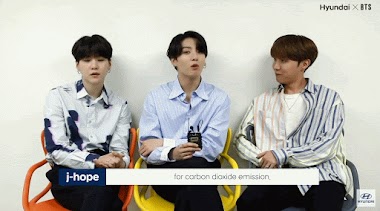 Undeterred, J-Hope argued that if everyone in Korea holds their breath for 10 seconds it would make an impact. 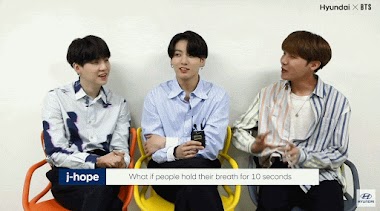 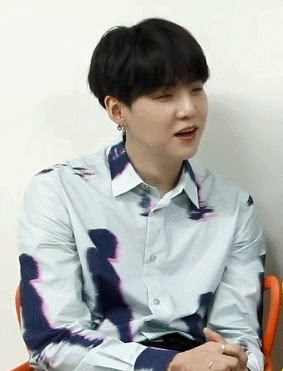 After hearing both sides, Jungkook was about to dive in, but J-Hope said, “It’s a joke, don’t think too much of it.” 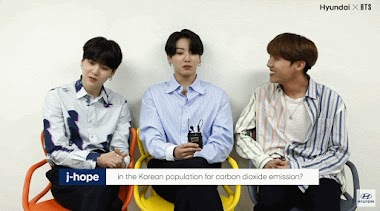 But what if, what if everyone really did hold their breath for ten seconds? Would that save the Earth? 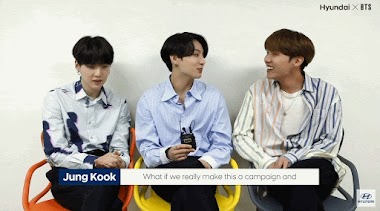 Nope. “If that would have made a difference, the environment would have already been better,” Suga replied. End of discussion! 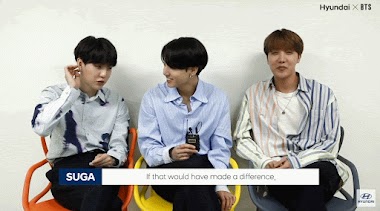