BTS is so close, they’re not afraid to call things as they are! This happened when they played “777 Lucky Seven” together on the 126th episode of Run BTS! They were given 14 games that they raced to win, and it wasn’t skills that they needed but luck.

One of the “lucky” aspects was when they claimed each game. They needed to run to the next open slot as soon as they completed their current one.

Since they couldn’t go home until they finished all the games, BTS was highly motivated to do their best—even if it meant trampling over the other members.

The game which both Suga and J-Hope rushed to finish was “bottle cap curling”. Played by two people, they needed to hit the cap toward the circle in the middle of the table. The person with the last cap standing nearest the goal was the winner. 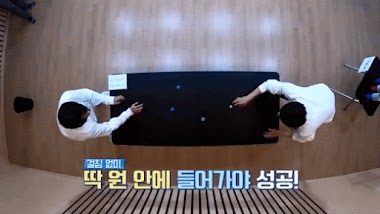 In the middle of the mini tournament, V called for an opponent to battle “bottle cap curling” with him. As it wasn’t common to find a ready partner, both Suga and J-Hope immediately ran to the younger member.

V: Bottle cap curling? Two players? Let’s do this. Do it with me!

Suga: What are the rules? 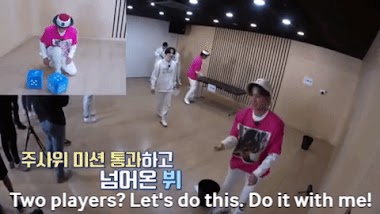 Though Suga technically made it to the table first, it was J-Hope who stopped in the right position in front of the desk. When J-Hope pushed forward despite his protests, Suga immediately called him a fraudster.

I came first! What? You fraudster! I said it first. 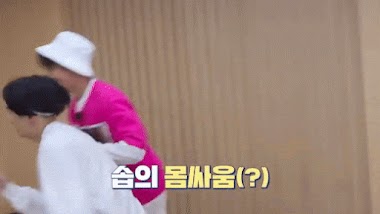 Suga was forced to move to another game while waiting. He didn’t seem too upset, however, as he threw a ball over his head with the goal of landing it in the bin. 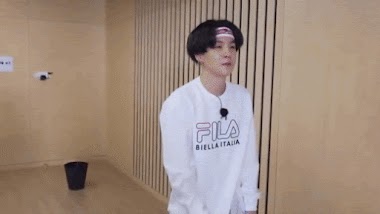 Luckily for Suga, he was able to finish the “bottle cap curling” activity at the end of the episode…even if he had to do it alone. Check it out for yourself below!