While BTS‘s Suga was recovering from his shoulder surgery, Big Hit Entertainment prepared some temporarily replacements to fill in for him. Now, the real Suga got to meet them all, and it’s the cutest thing you’ll see today.

Sadly, Suga sustained a shoulder injury before BTS debuted while he was working as a delivery boy. Under the advice of several hospitals, he decided to undergo surgery to treat it back in November last year.

The road to recovery was a tough one for both Suga and ARMY, with Suga revealing he felt empty sitting out of promotions and fans desperately wishing for him to get well soon. Thankfully, all went well, and Suga began his return to activities on December 31. 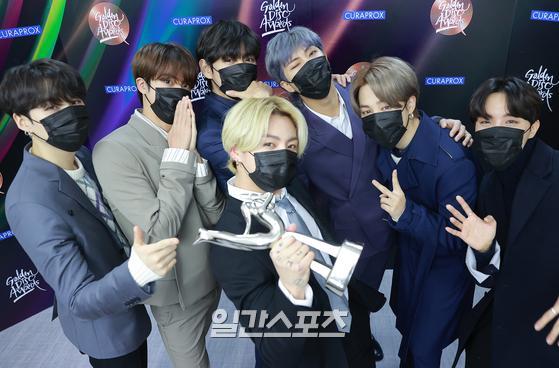 Unsurprisingly, Suga’s absence left a big hole in BTS. But luckily, the group did have some temporary replacements to fill in for him: mini Suga banners! 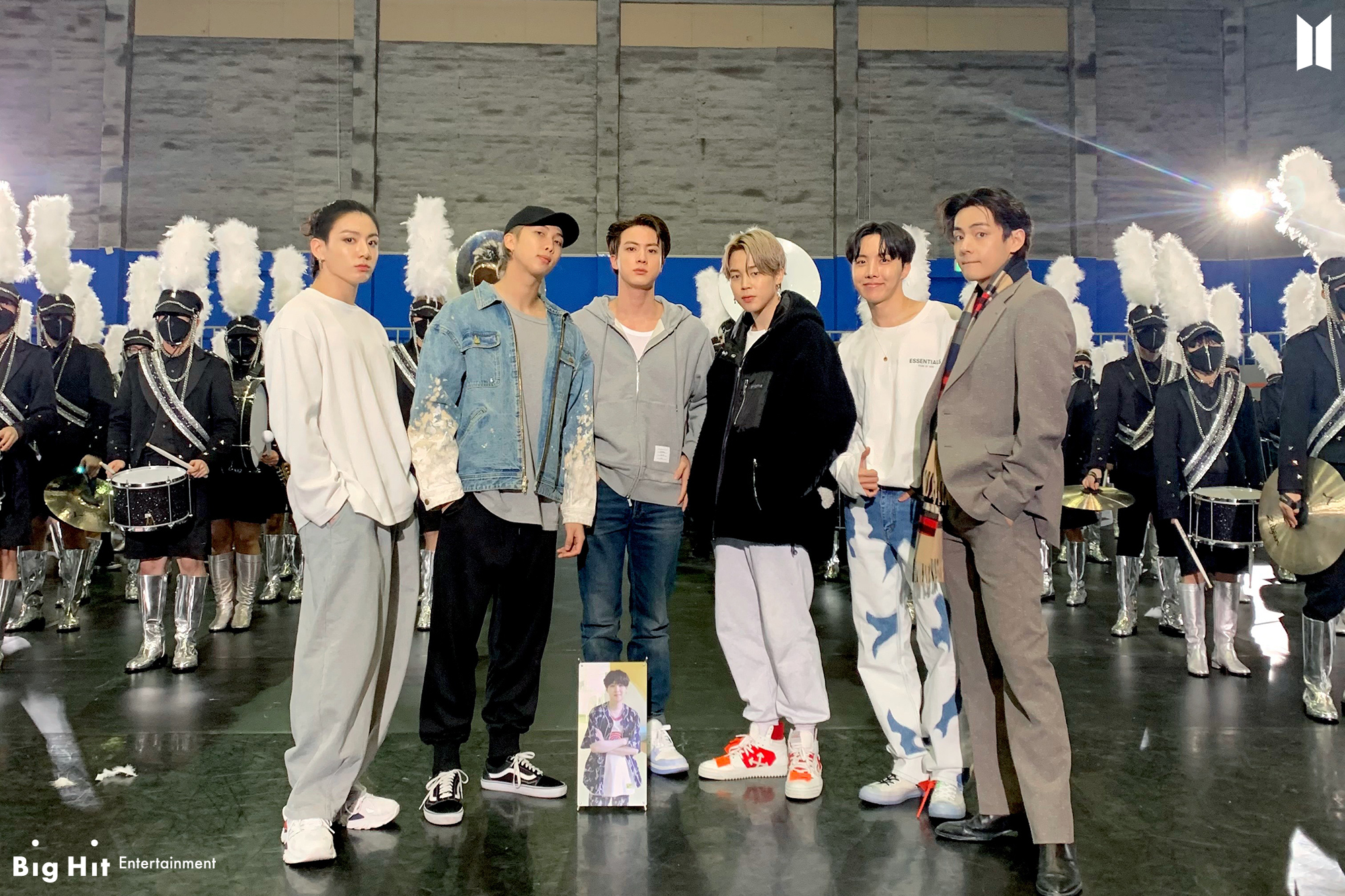 Whenever the BTS members had a schedule with Suga, they brought along a miniature banner of him as a cute stand-in. 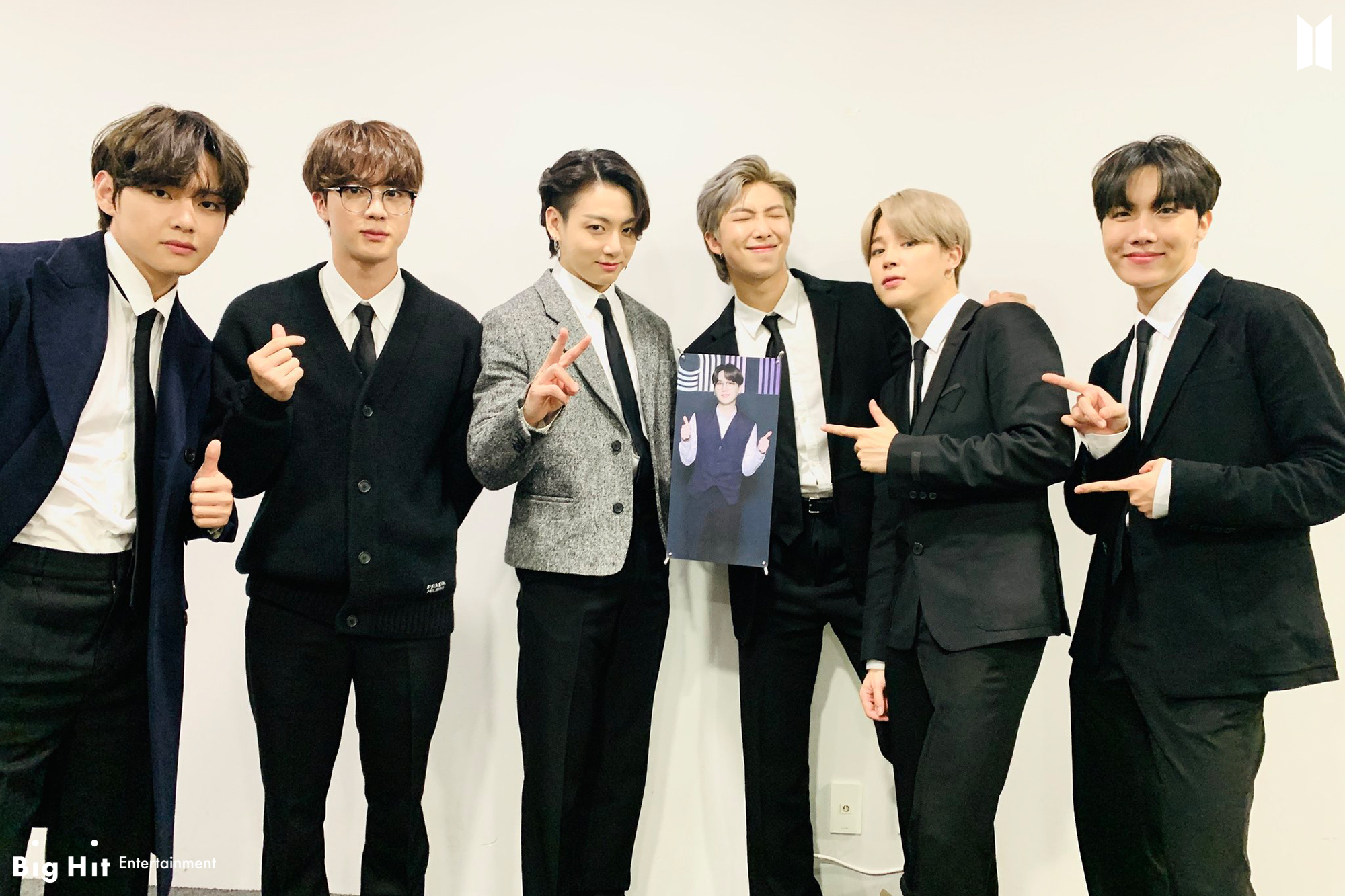 Big Hit Entertainment prepared a different banner every time, and the results were adorable. 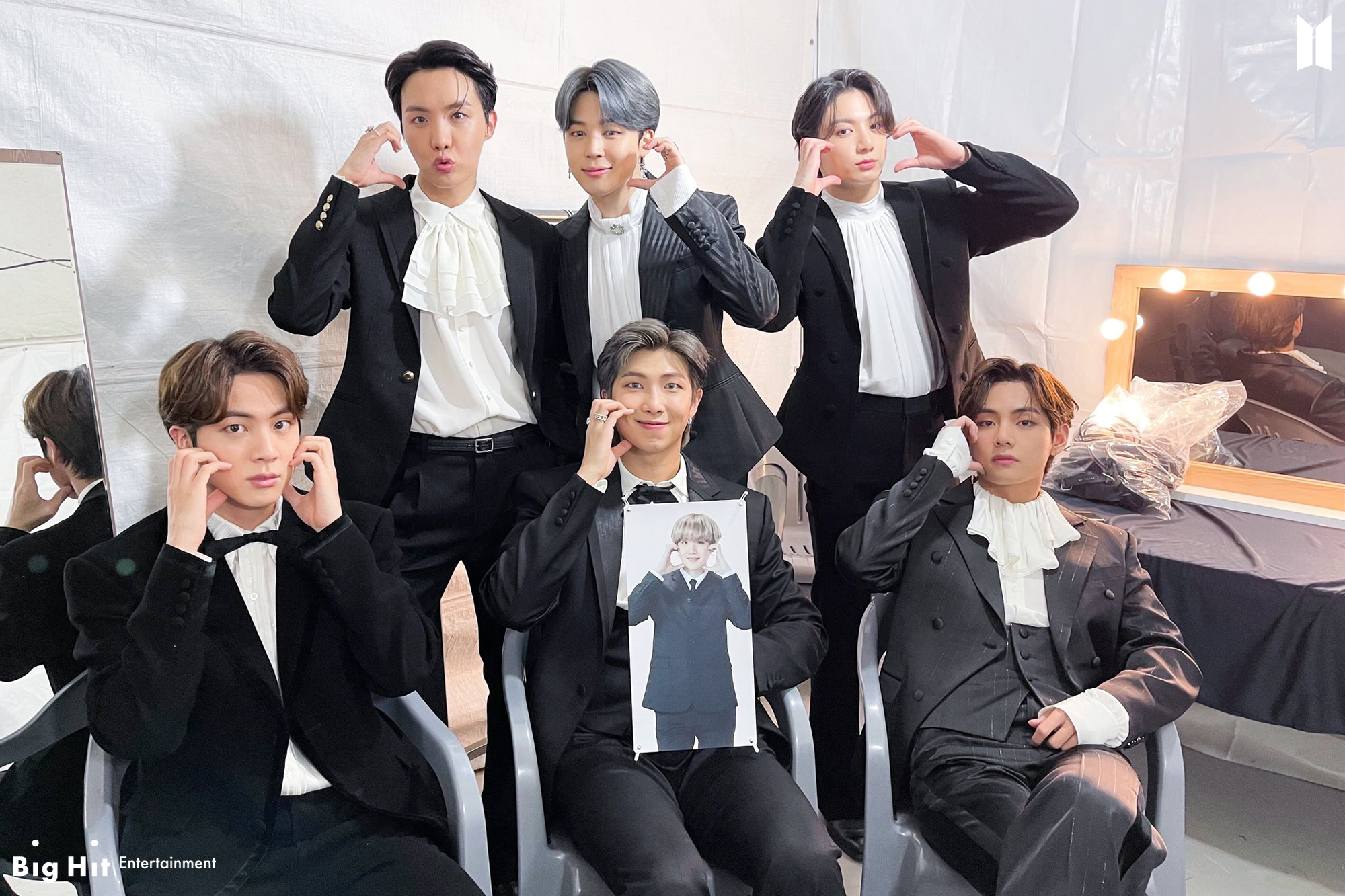 It wasn’t as great as having the real Suga there, but the mini banners definitely did a good job of making everyone feel like he was still a part of activities. 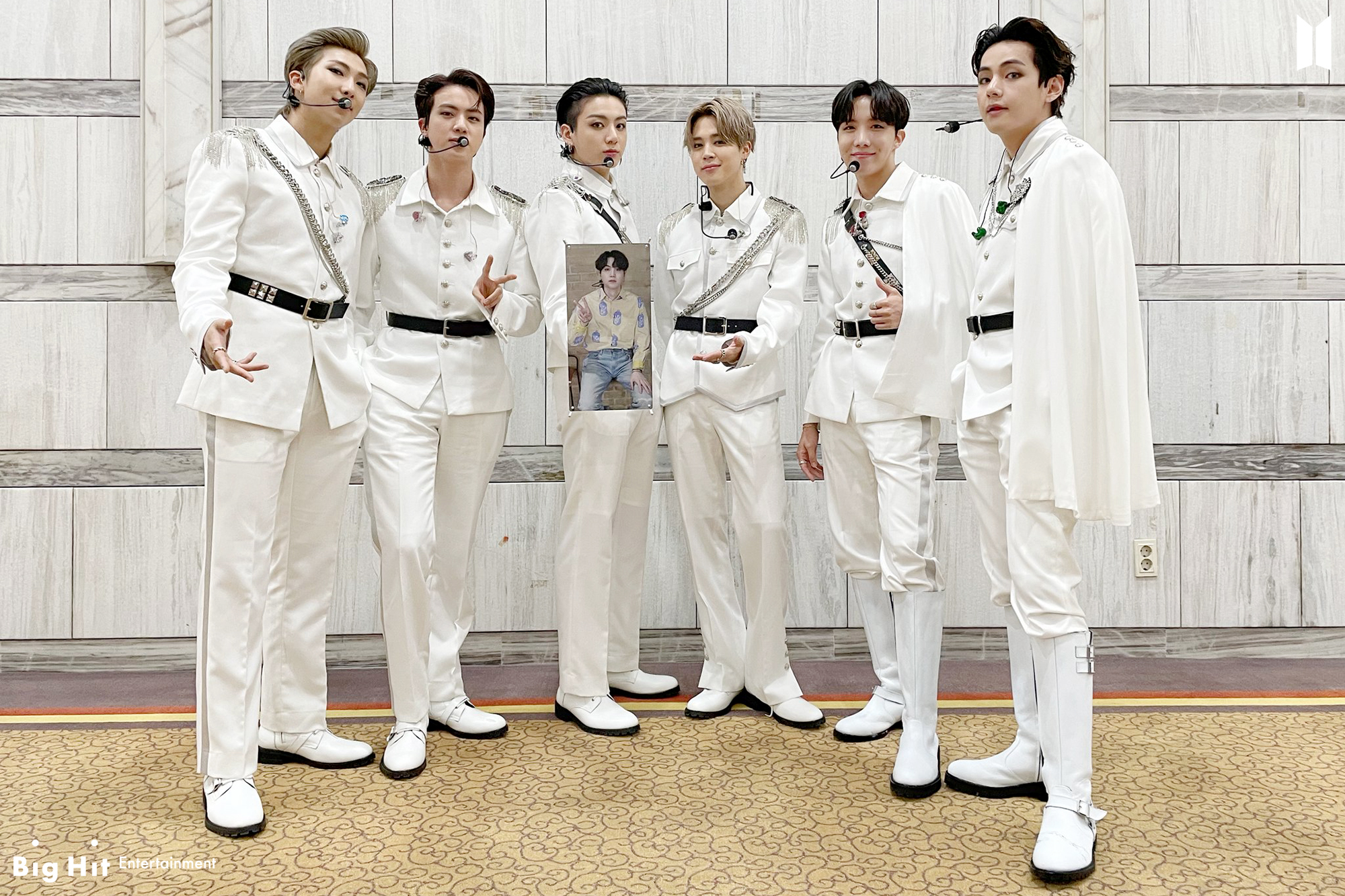 Fans got to see plenty of group photos of the BTS members with their Suga banners, but what would a group photo of the real Suga and his mini banners look like? 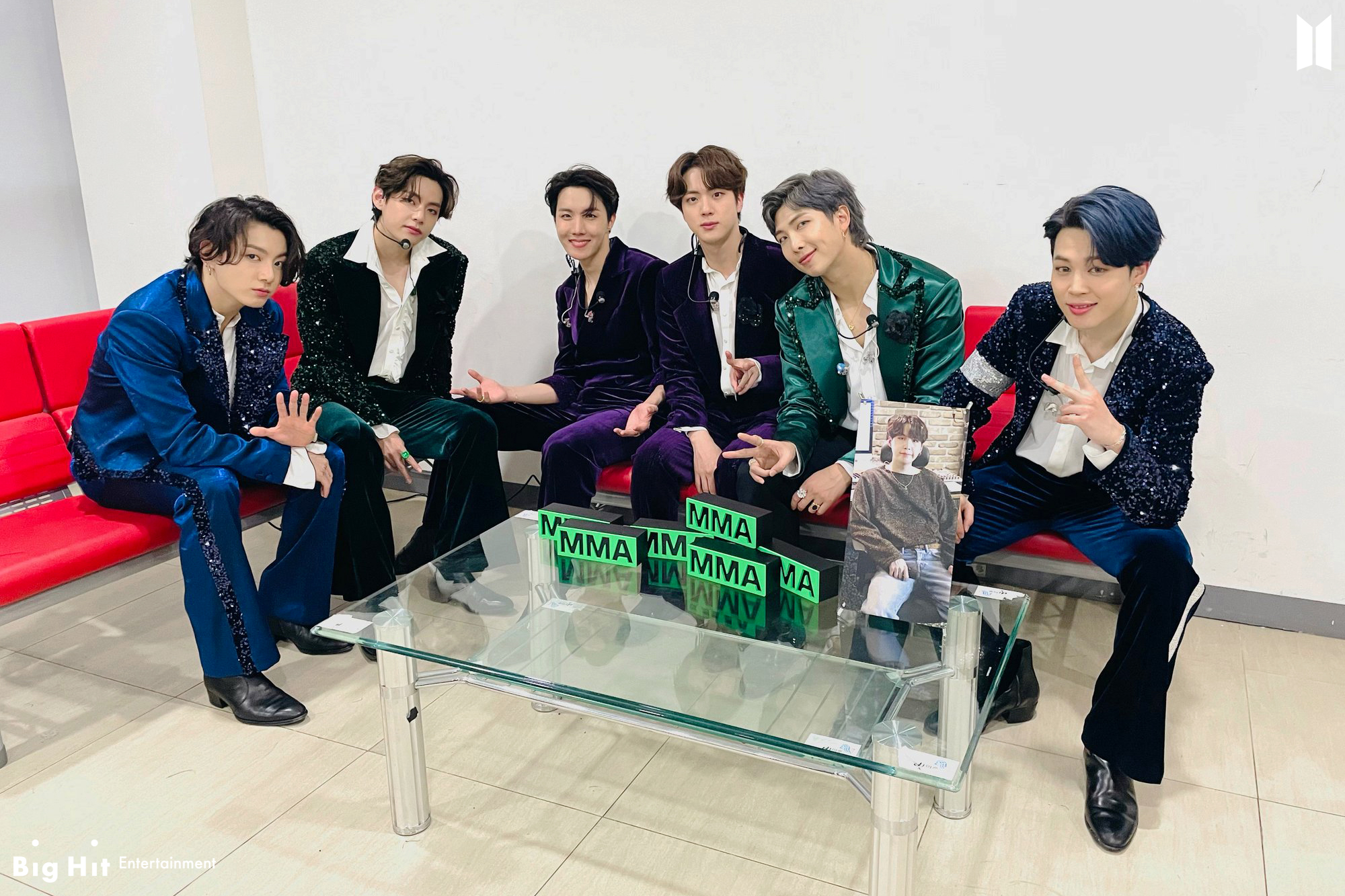 Wonder no longer! Once Suga was feeling better, Big Hit Entertainment prepared a little meetup between all the Sugas, and they looked even cuter together than you could imagine! 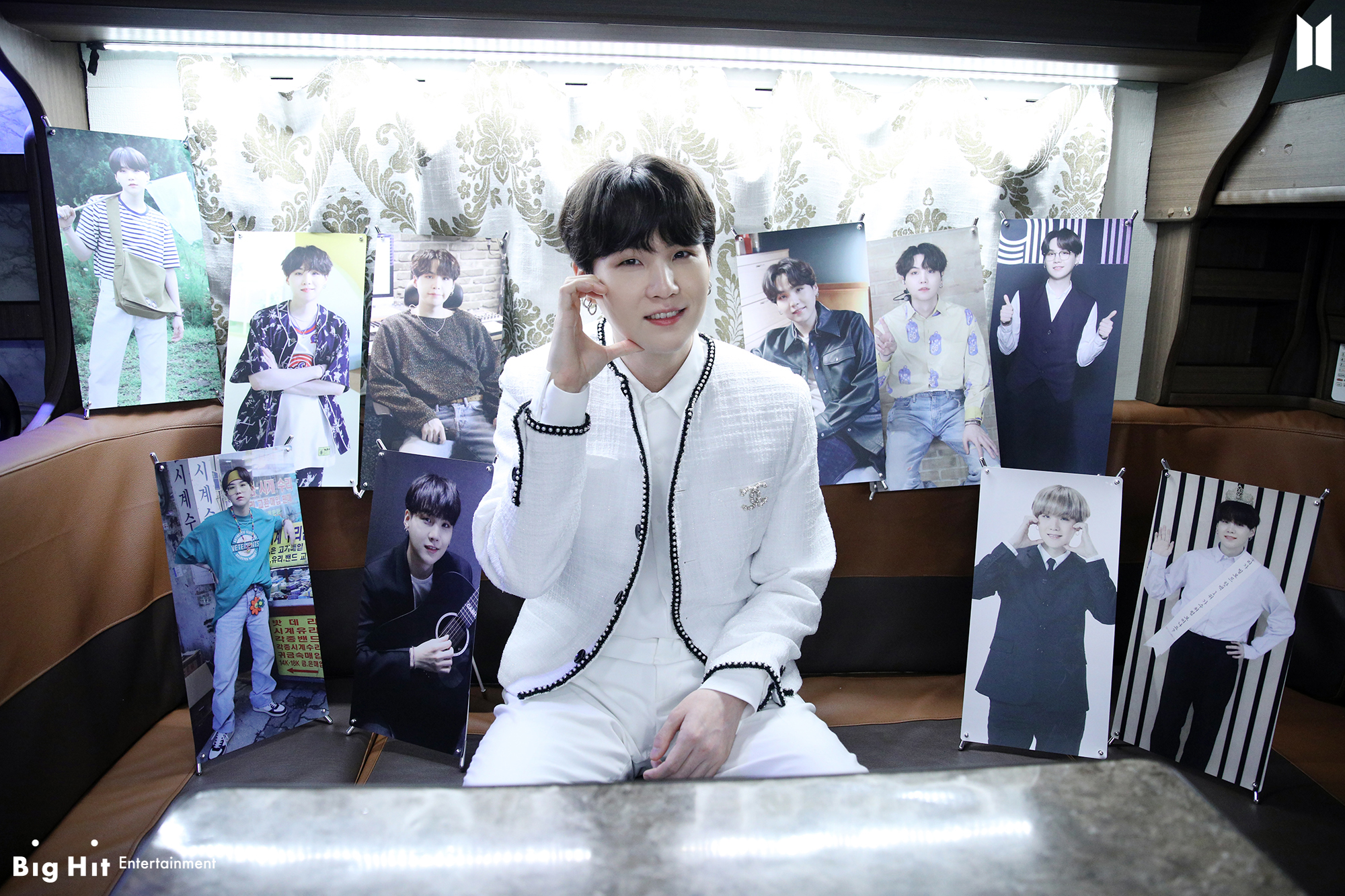 The real Suga flashed an adorable cheek heart next to his temporary replacements, somehow “outvisualling” the other 10 versions of himself. If this isn’t proof that you can never have too many Sugas, we don’t know what is.