BTS’ Suga Opens Up About Being Agust D And His Dreams

BTS’ Suga is shining in the spotlight!

The rapper held a solo photo shoot and interview with Grazia magazine to discuss his recent mixtape.

Previously, Suga released a mixtape under the name Agust D and dropped 10 tracks through the mixtape. So far two music videos for “Agust D” and “Give It To Me” have been released with more to come.

In the interview, Suga explained how he came to use the name “Agust D” and said, “I arranged ‘DT Suga’ which I previously used in lyrics backwards. DT is D Town and refers to my hometown. I like the meaning and it sounds cool when I say it, so I think I’ll continue using this name when I work externally. I also like how the mixtape came out in August.”

Suga further commented, “[The mixtape] has everything I wanted to do with hip-hop as the foundation. There are strong lyrics that will make people say ‘Huh? He did this?’ and ‘Is it okay for him to write such lyrics?’ Anyway, I feel relieved since I was able to tell my stories.” 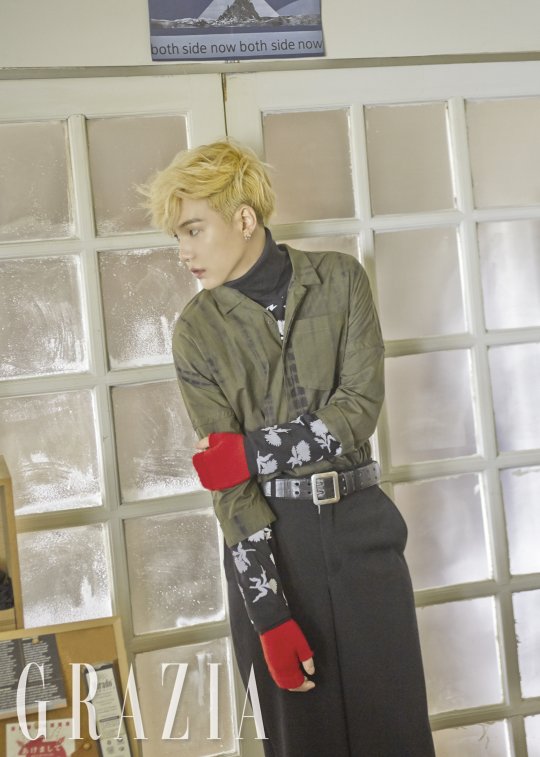 When asked about his dreams, the rapper said, “The media chases after issues and sets up the standard of beauty as being dependent on how thin someone is. However, there are people on the other side of the world starving and dying because they do not have food to eat. There needs to be more attention towards that side. If I become an influential and honorable person, wouldn’t I be able to shift people’s attention to that side?” and revealed his strong ambitions.

The full photo shoot and interview will be available in the 82nd issue of Grazia.