Recently, BTS‘s Suga has been on a roll with selfies and Twitter posts online. With “ON” promotions being over and concerts and events being cancelled due to COVID-19, the members have been taking to social media more to communicate with fans.

On March 26 he posted a cute selfie with the caption, “Yap.”

A few days later, he popped back on for another selfie! His comment, “I want to do a concert!” had fans in tears as they knew that the boys were all waiting just as much as them to hold a concert and be together once again.

Most recently on March 29, he posted this photo with the caption, “Found this while rummaging around.” The photo was a picture of his notes while making lyrics for three songs: “134340”, “The Last”, and “Tear.”

Take a listen to the songs mentioned in the photo below:

After fans saw this post they all teared up as they thanked Suga for posting something so personal to him. He revealed previously that he always used this particular type of notepad to write his lyrics. 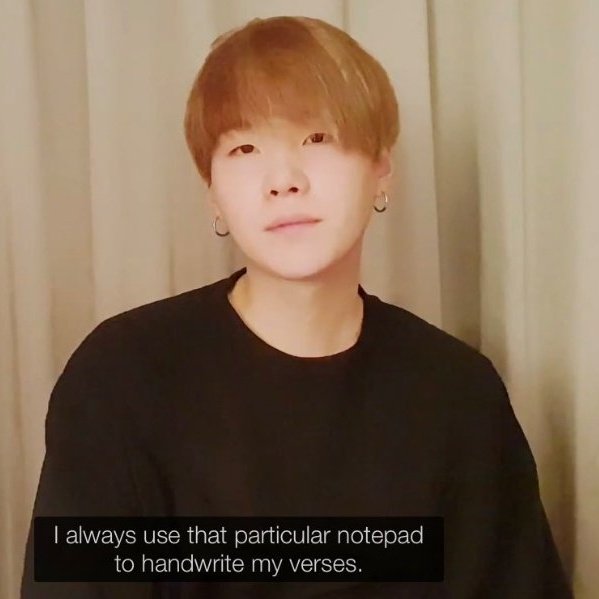 Just thinking bout the VLive when you said: "I handwrite all my verses, there's something special about it. I use one of the yellow notepads you flip this way. I always use that particular notepad to handwrite my verses." ???? aww, Yoongi babie you're just too precious ???????? pic.twitter.com/8tHHJpWWui

After seeing this post, many fans also hoped to see another mix tape release from him soon! We need another AGUST D moment!