On May 31, Gaon revealed chart results for the week from May 20 through May 26. 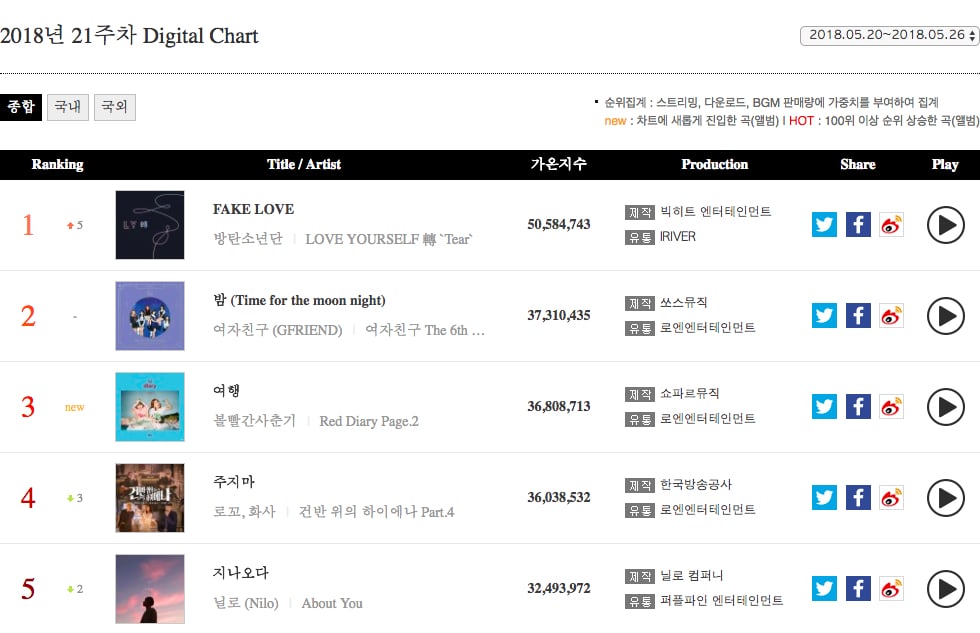 Bolbbalgan4’s “Wind” and BTS’s “The Truth Untold” also placed in the top five of the download chart. 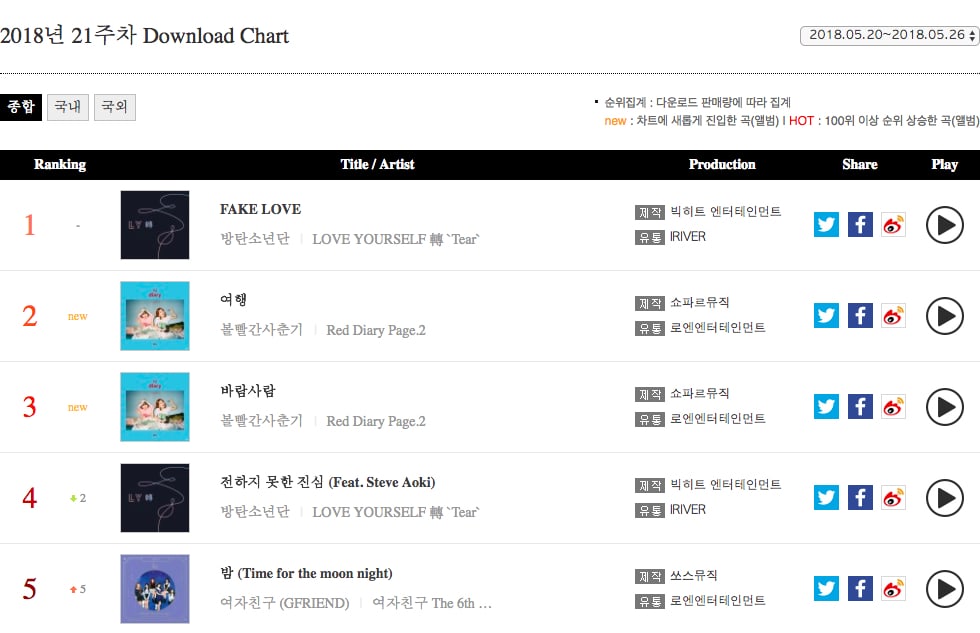 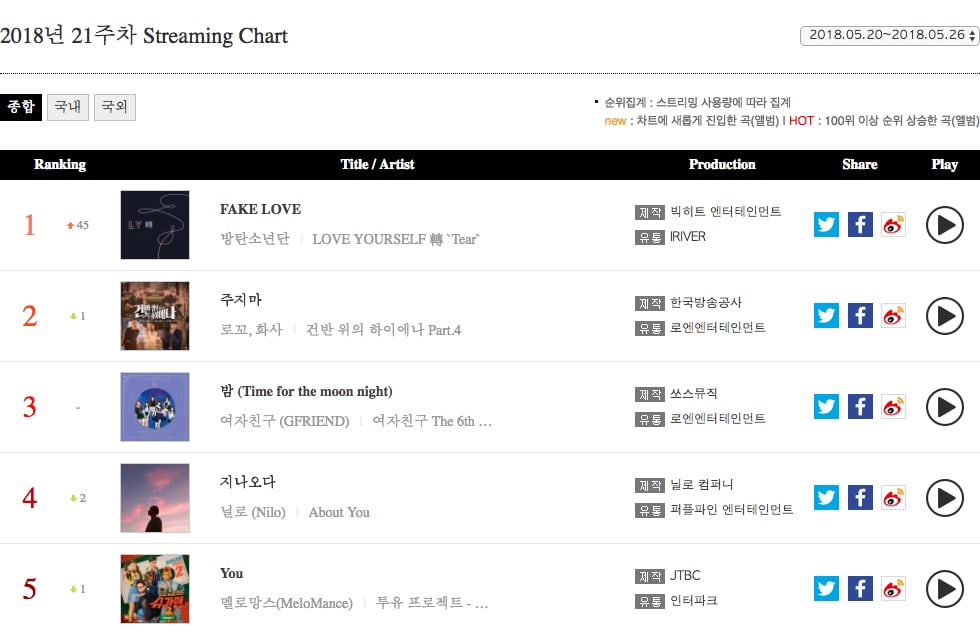 “Fake Love” topped the mobile chart for ringtones, as well. Other tracks in the top five include TWICE’s “What is Love?” and BTS’s “Anpanman.” 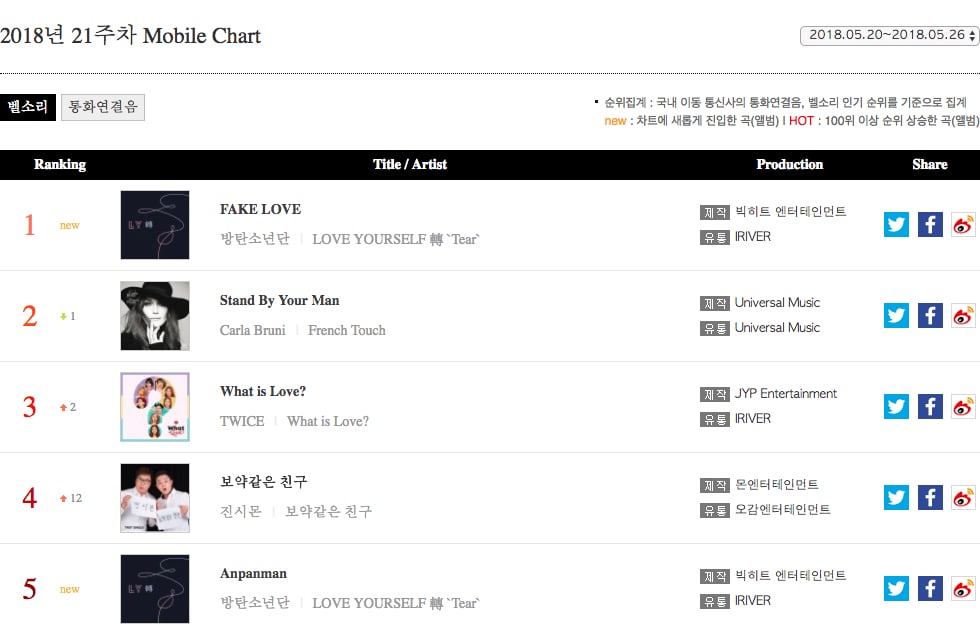 For the second consecutive week, BTS’s “Love Yourself: Tear” came out on top for the album chart recording physical album shipments. It is followed by VICTON’s “Time of Sorrow,” UNI.T’s “line,” The Boyz’s “The Start,” and Bolbbalgan4’s “Red Diary Page.2.” 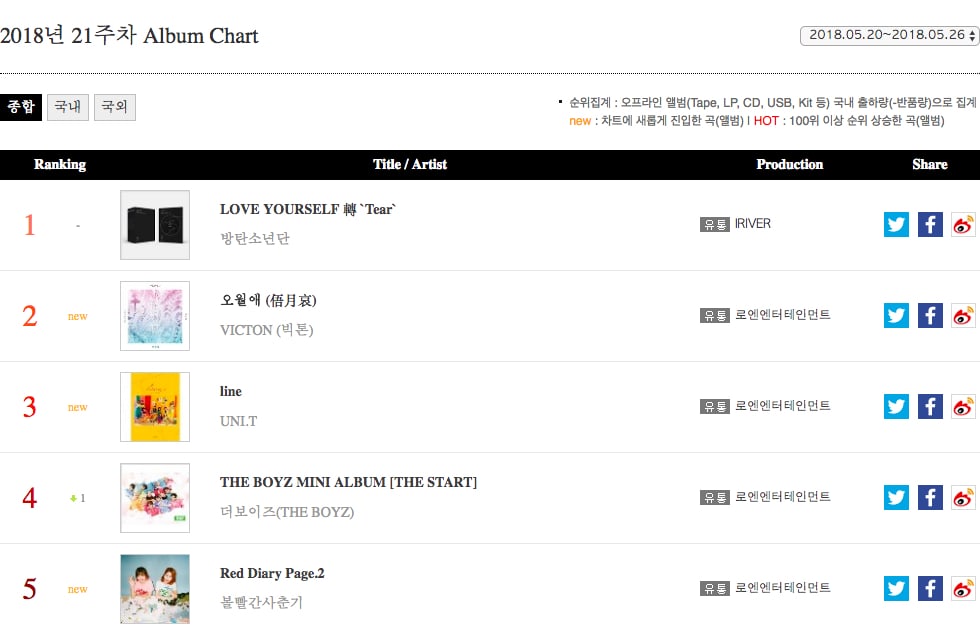 “Fake Love” also came out on top of the social chart, which is a result of data from YouTube, Twitter, and YinYueTai. No. 2 is “Pool” by WOODZ (UNIQ’s Seungyoun), No. 3 is MOMOLAND’s “BBoom BBoom,” and No. 4 is TWICE’s “What is Love?” BTS’s “DNA” rounds up the top five. 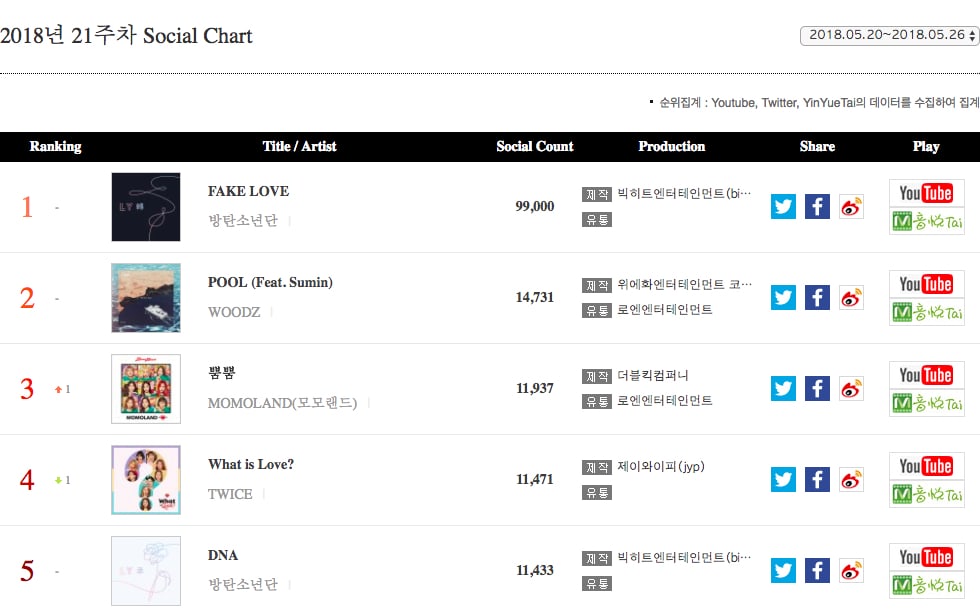