BTS made a guest appearance on tvN‘s You Quiz On The Block. During the episode, the members played a game of “Relay Karaoke,” in which they had to switch vocal parts. They sang a couple of their hit songs, “IDOL” and “Spring Day.”

When “Spring Day” started to play, V effortlessly sang Jimin‘s iconic part. His powerful voice is so moving with this song! ????

Jungkook followed by singing in a lower register for J-Hope‘s part. His raw vocals here leave no doubt for why he is one of the best vocalists!

Meanwhile, J-Hope rapped RM‘s part who was totally vibing to it too. They’re such supportive friends!

The rest of the rap line stole the show as they did their best to sing the chorus. Jin jokingly said, “You know, RM writes lyrics a lot, and this is actually the vocal guide that we get.”

NAMGI SINGING THE CHORUS OF SPRING DAY WE WON WE WON!!!!! pic.twitter.com/p9iYUv34DP

ARMY reacted on Twitter to the rappers’ attempts at singing. Everyone loved it, especially when Suga and RM went for those high notes. Considering it’s one of BTS’s highest key songs, it’s super impressive!

While ARMY all appreciated RM’s special version of “Spring Day,” he shared his concerns via the Weverse app. He revealed that he wasn’t even sure what to do when the part for the chorus came and it was his turn in the game.

You Quiz… Why did the “Spring Day” chorus end up with me. For a second, I thought about what I should do. But I decided to ram it head-on. Mhm. I will not back down from this fight. Yes, this is my melody. Jin hyung, I’m sorry I didn’t sing the guide version correctly. LOL. Being on the show made me think a lot about different things. It was fantastic, being able to look back at our past… talk about our present, and think ahead about our future. Above everything else though, if ARMYs are happy, I’m happy. 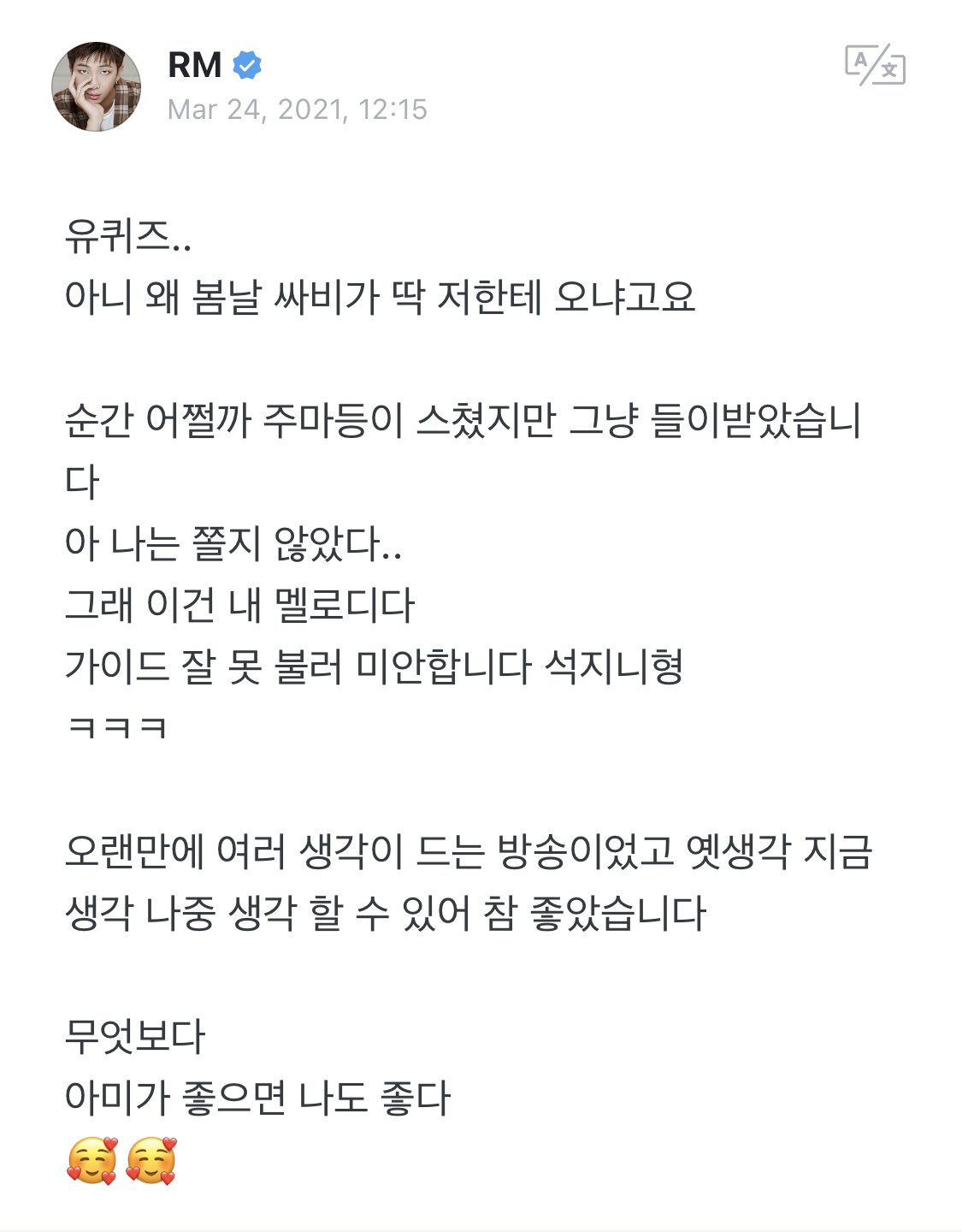 You can watch the hilarious clip from the episode below: