BTS is already topping charts with their upcoming album!

On April 18, just hours after BTS’s third full-length album “Love Yourself: Tear” became available for pre-order on Amazon, the album climbed to the top of the online retailer’s CDs & Vinyl Best Sellers list. 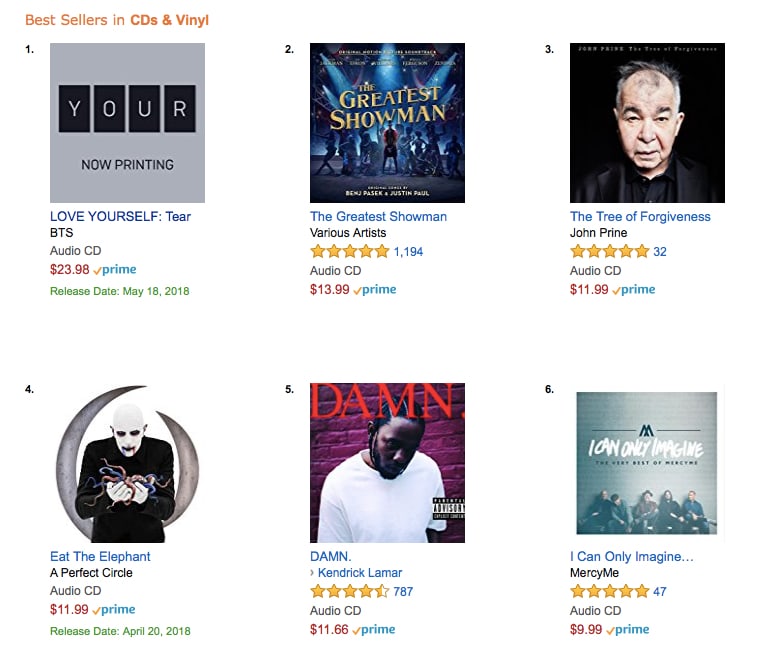 Last year, BTS’s mini album “Love Yourself: Her” became the first Korean release to spend six consecutive days at the top of Amazon’s CDs & Vinyl Best Sellers list. Notably, it was also the first K-pop release to be made available for pre-order on Amazon.

“Love Yourself: Tear” will be released on May 18.

Congratulations to BTS on yet another impressive achievement!