15 Deleted BTS V Posts That Prove The Internet Is Forever

Nothing in life is permanent, except what you share online! BTS‘s V deletes videos and photos as fast as he posts them, but his delete game is no match for ARMY. These 15 posts are here to stay!

On June 1, V tweeted and deleted this video of himself dancing to “Butter.” It was filmed during the shoot for BTS’s “Butter” music video and posted to celebrate the song’s debut on the Billboard “Hot 100” Chart.

TAEHYUNG DELETED THE VIDEO BUT WE HAVE IT SAVED, YOU CAN WATCH IT HERE..HE IS SO CUTE PLEASE

Last March, V uploaded a blurry shirtless selfie to the Weverse app. He gave ARMYs only 30 seconds to save it. When the clock ran out, the photo vanished! 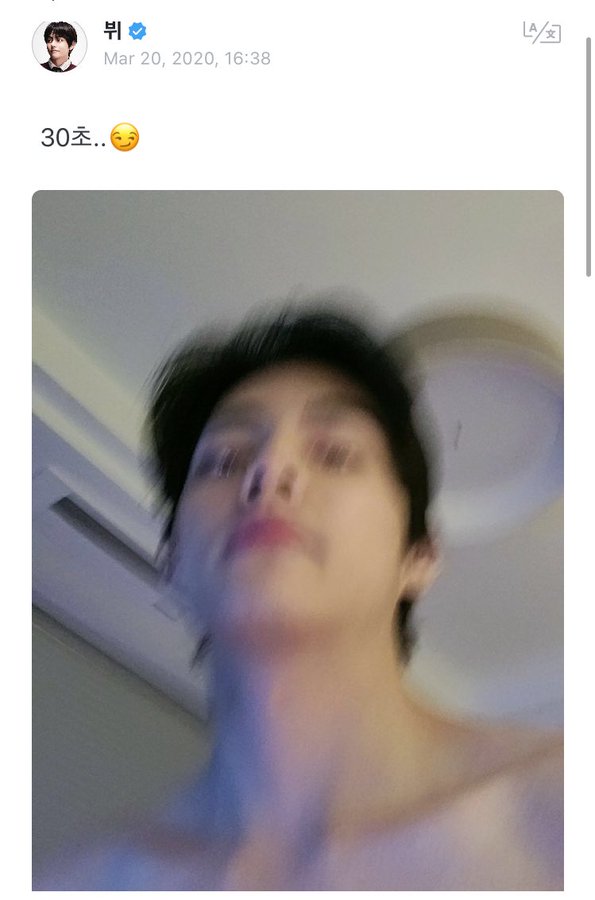 Last May, V turned Weverse into his own personal photo dump by sharing two posts’ worth of photos. Fans quickly saved them, knowing the photos could disappear at any moment. V deleted all the photos, but thankfully, they still exist online! This is one of them.

V looks too handsome for words in this selfie! He shared it as part of his Weverse photo dump.

On Weverse, V shared two boating photos from his vacation, taken with and by his friends.

This is the second vacation photo V shared. The combination of a beautiful setting and a funny pose makes it the perfect picture!

V protected his hairstylist’s identity, but also his phone’s. Since BTS are brand ambassadors for Samsung Mobile, V wrote “Samsung” over his iPhone.

V jumped ten years into the future by using an age-altering app.

V snapped this photo of a photo of himself with J-Hope. If only their sunny smiles weren’t blurred!

Are you missing V’s blue hair era? Save this deleted photo to remember it by.

11. The closest of closeups

Even at close range, V’s complexion is flawless. We need him to drop his skincare routine, stat!

V shared this behind the scene photo of himself wearing a halo headpiece. At the time, he was filming a “Dionysus” VCR for the 34th Golden Disc Awards. BTS’s outfits were inspired by various Greek gods.

…but have you heard of a “toe heart?” V might have invented it!

V’s deleted photo of his “Black Swan” makeup has inspired fans to duplicate the look with their own.

Back in 2017, V accidentally tweeted a selfie while sharing photos by his photographer alter ego, Vante. In the picture, V is using a red glasses filter.