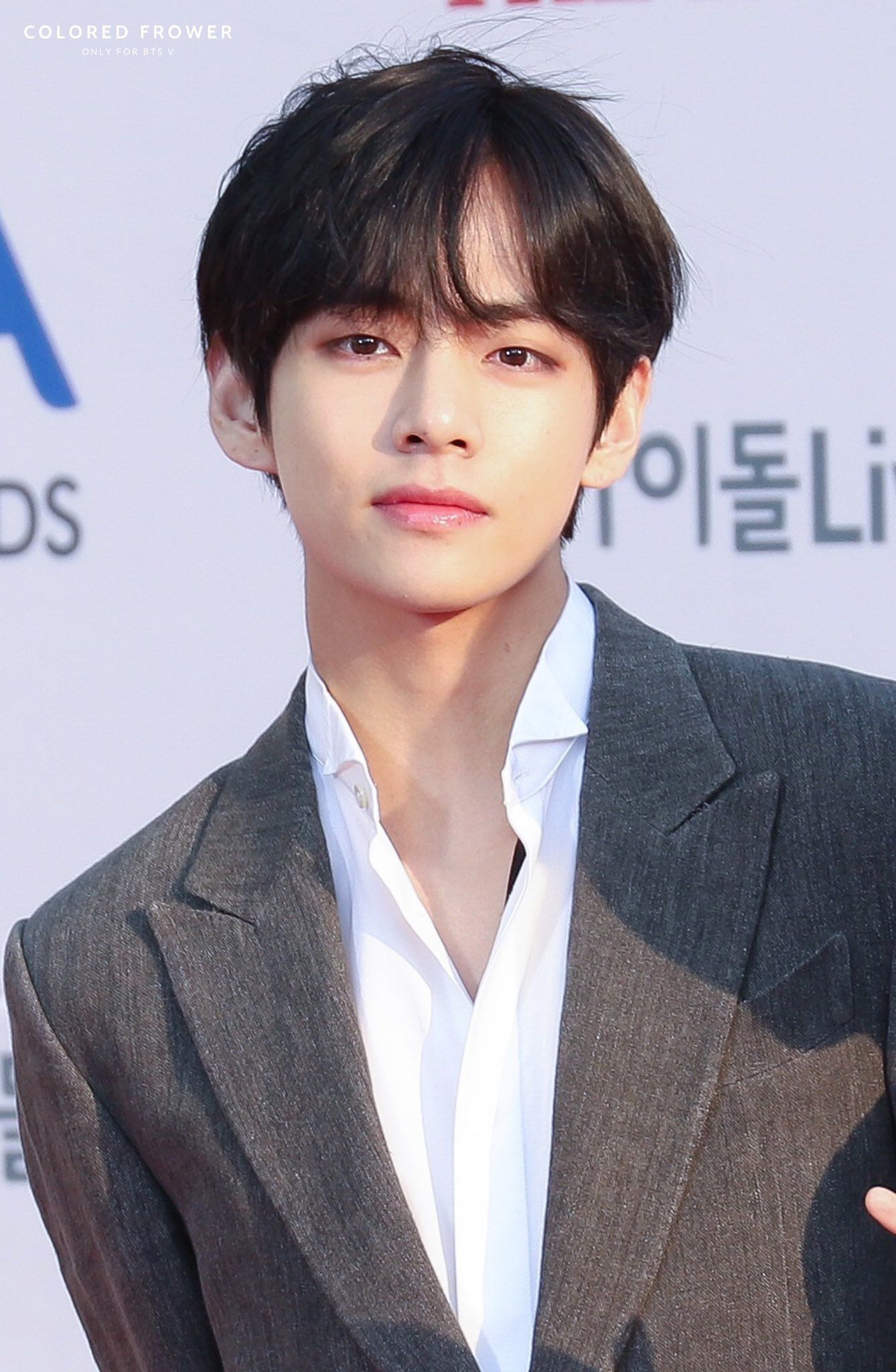 “Sweet Night” was released back in March for the K-Drama Itaewon Class OST (Part 12). Since then, it has climbed charts and broken records, earning V more than 100 #1s on iTunes. “Sweet Night” was produced by V and Hiss noise, and cowritten by V, Hiss noise, ADORA, Melanie Joy Fontana, and Michel “Lindgren” Schulz. 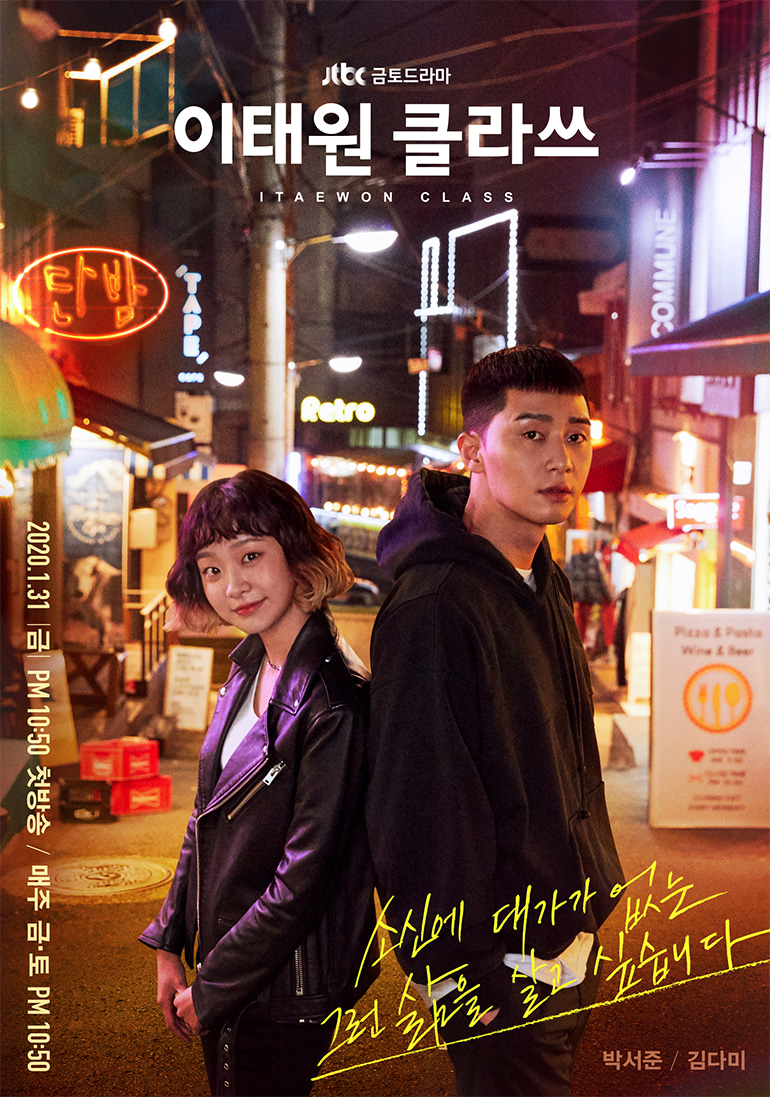 Fontana has co-written several songs with BTS, including “Stay Gold”, “ON (feat. Sia)”, “Boy With Luv”, and “Mikrokosmos”.

On July 14, Universal Music Publishing featured Fontana on their Instagram, highlighting her work on “Sweet Night”. This post, and Fontana’s response to it, is not being well-received by some BTS fans. 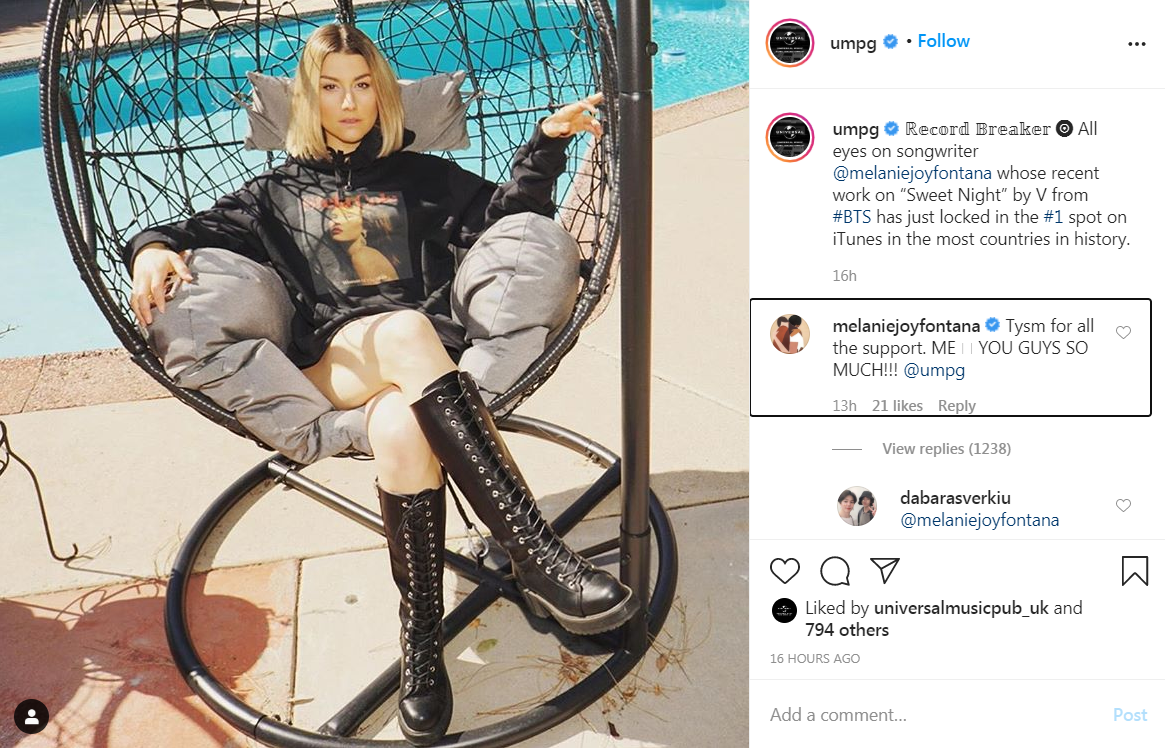 These fans are accusing Fontana of taking more than her fair share of credit for V’s “Sweet Night” achievements, claiming that she is piggybacking off his success.

honestly fuck melanie fontana for taking all the credit to herself??? the way she words her post is not sitting right with me at all. "i ended up breaking records" NO YOU DIDN'T BREAK THOSE RECORDS, BTS DID. pic.twitter.com/sPmIEOX0yg

idk who u think u are but u need a fucking reality check. taehyung broke records w sweet night bc HE IS TAEHYUNG… he would’ve done it regardless of if ur white ass was involved or not. get rid of this coloniser mindset. SWEET NIGHT IS TAEHYUNG’S RECORD NOT YOURS @MELANIEFONTANA

SWEET NIGHT IS V’S RECORD, NOT YOURS. HE BROKE THE CHARTS, NOT YOU.

YOU SHOULDN’T DISCREDIT THE ACTUAL ARTIST. V, ADORA, & HISSNOISE ARE ABOVE YOU IN THE ACKNOWLEDGEMENTS.

i never liked this bitch but her taking credit for sweet night is the last fucking straw for me. pic.twitter.com/nDeN6s3oQm

real talk though, @MELANIEFONTANA taking credit for BTS’s music is not okay especially when it’s taken us and BTS so long to get them any sort of artistic recognition in the US. Now articles praise her for work that she only partly contributed to (BTS usually change it anyway).

Last year, Fontana received similar criticism from fans for allegedly taking too much credit for co-writing “Boy With Luv”.

melanie fontana…..she keeps trying to take credit for writing boy with luv even tho theres like 8 other credited writers, she posted about how SHE broke the guiness world record with the song, and now buzzfeed is calling her "the woman behind the song"….she wrote 2 lines

melanie fontana wrote like three words in boy with luv and thinks she’s fuckin beethoven of bts like no bitch get out of the way and stop pushing bts out of the dam way cause you made NO EFFORT in the production of the song.

Although Universal Music Publishing’s post rubbed some ARMYs the wrong way, it should be noted that Fontana has publicly acknowledged and thanked BTS, tagging the group and her co-writers, in several of her own personal Instagram posts, including one about “Sweet Night”. 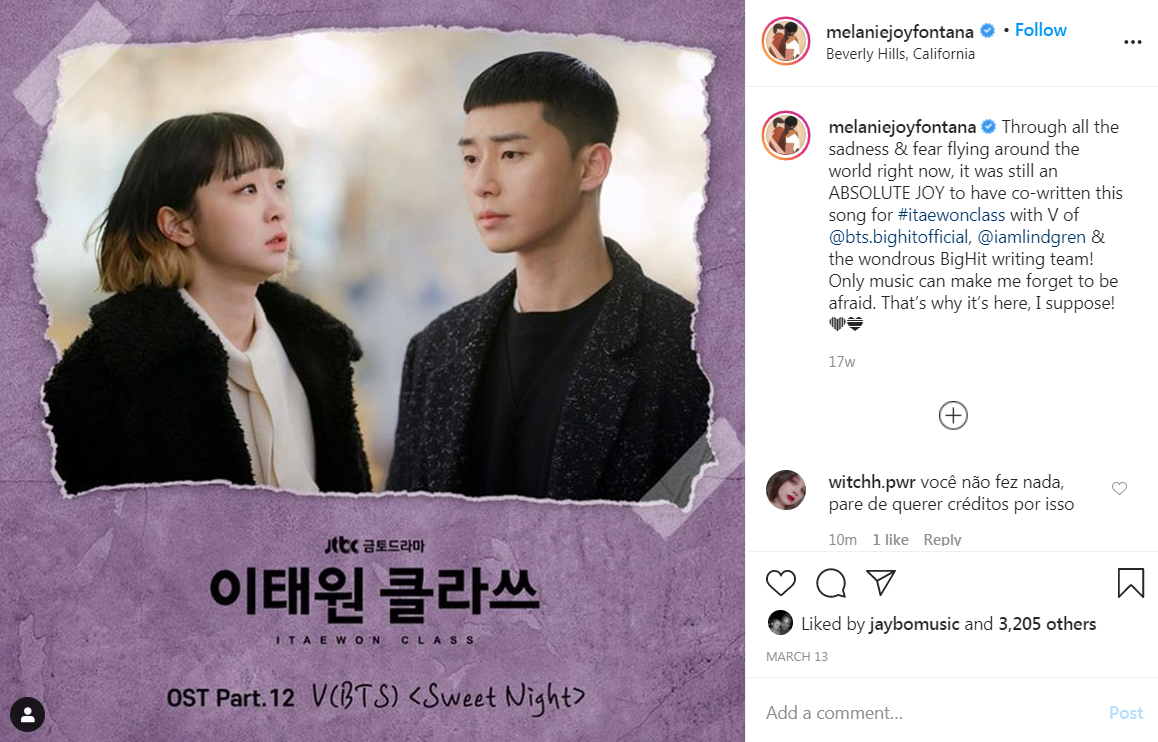 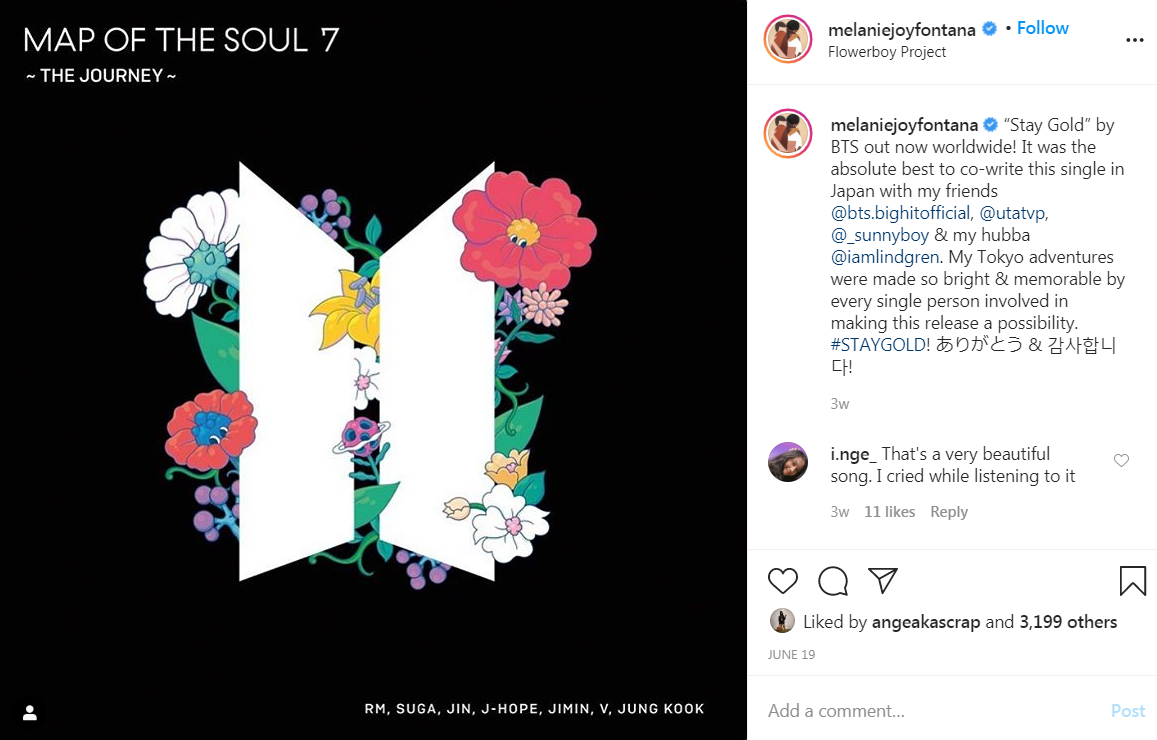 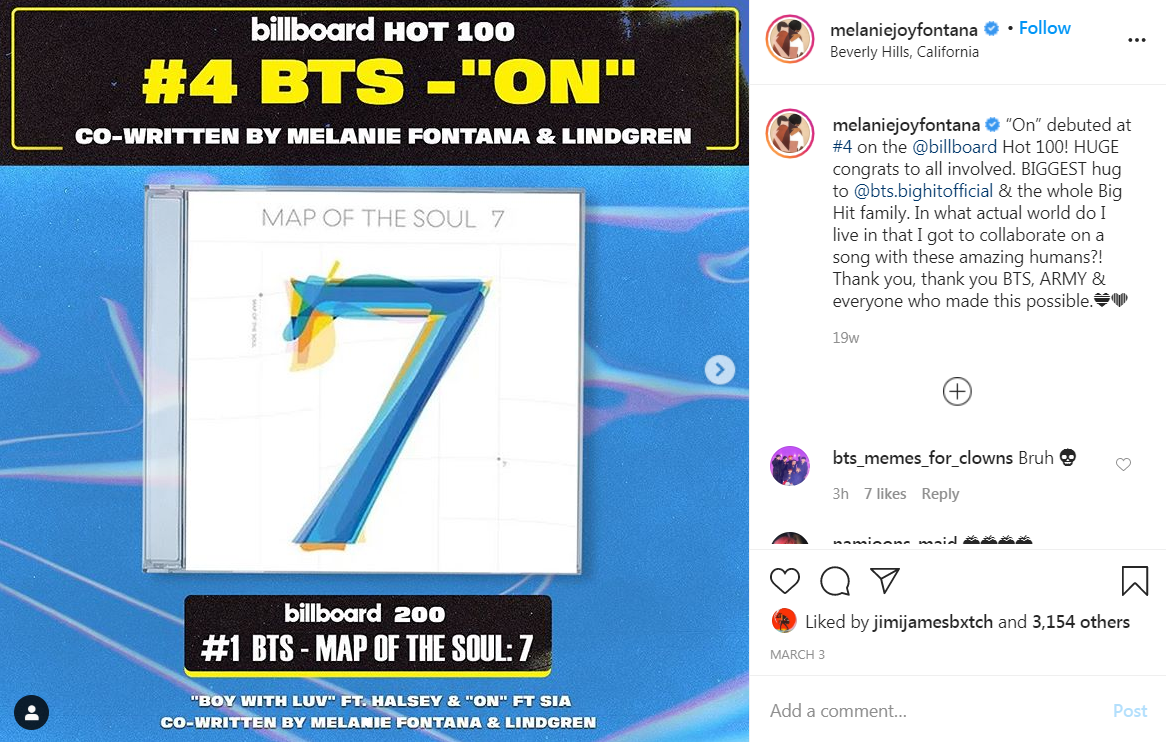 Regardless, these fans believe Fontana should give credit where credit is due, namely to BTS and to ARMY for boosting sales and streams.

@MELANIEFONTANA And you make a victim of yourself? Talking about why we hate you.?! ????????‍♀️All achievements are thanks to BTS and Arny . but. not. to . you.! Go down to the ground. Staff bh education and polite people. Take an example from them. pic.twitter.com/AM12eQBlhj

Can Melanie Fontana shut the fuck up and stop taking credits?! Bitch probably just wrote a line in Sweet Night. Just FOURTH on the credits. And she's acting up AGAIN. I hate her. How can this btch take the credits without even acknowledging Hissnoise, ADORA and esp Taehyung?? pic.twitter.com/YGziTcw7ig