BTS‘s V has finished recording his OST track for the hit drama series, Itaewon Class. The main lead of the drama just happens to be one of his closest friends, actor Park Seo Joon. 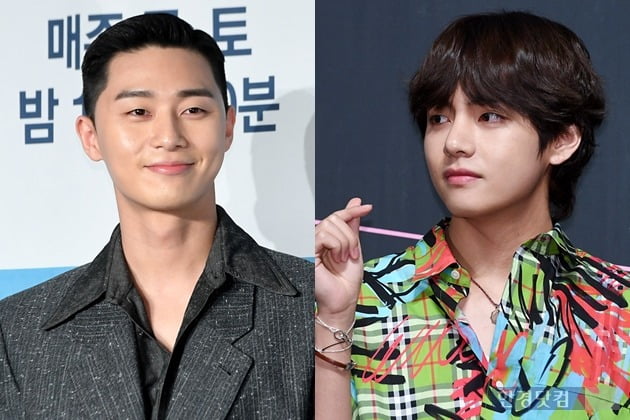 A fan celebrated his upcoming solo OST on Weverse. The fan attached a screenshot of the news report that revealed that the title of the song was “Sweet Night”. 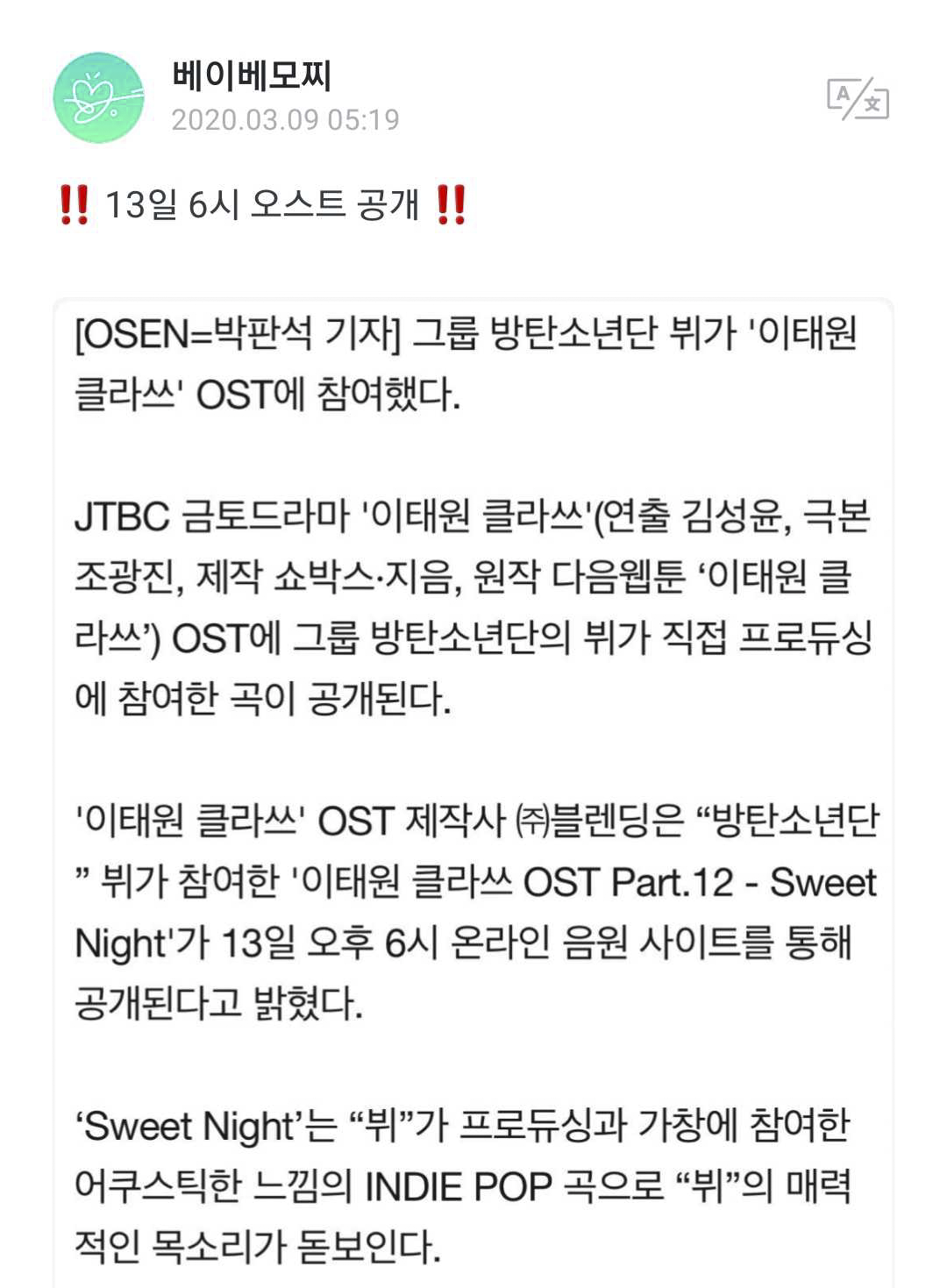 And V replied with a discreet comment that may have more than just one meaning behind it! He wrote, “sweet night = dan bam Please look forward to it“.

Although at first glance, V may have just been translating the title literally in Korean, but some fans believe he was making a cute jab at Park Seo Joon’s latest hairstyle!

“Bam” can mean both night and chestnut! Park Seo Joon’s latest hairstyle for his drama got him the nickname of “chestnut” among his friends and fans. Park Hyung Sik, who’s also a part of the friend group, has been actively poking fun at his adorable haircut! 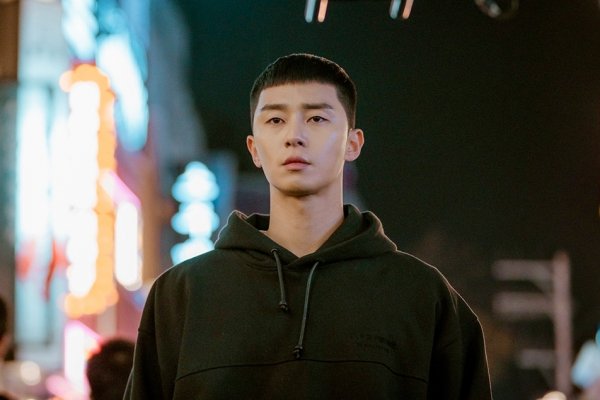 Was V just translating for his Korean fans or was he sneaking in a little fun about his bff? 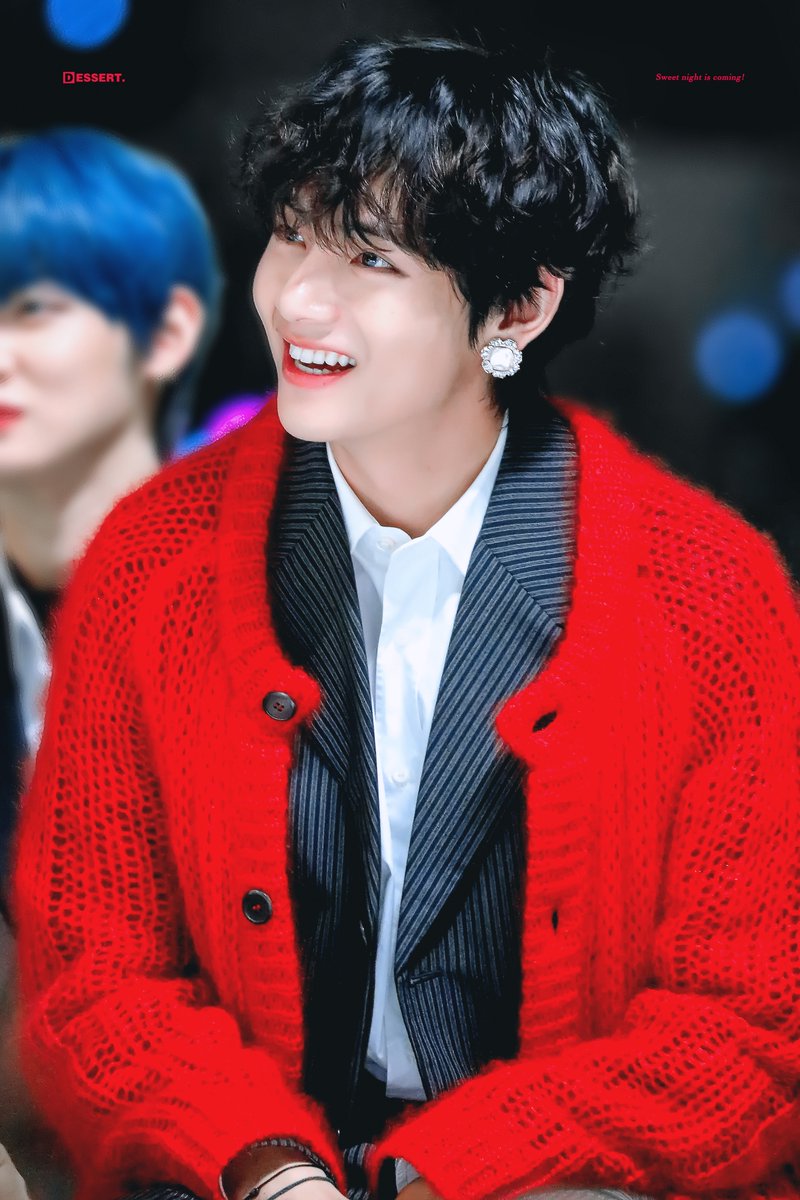 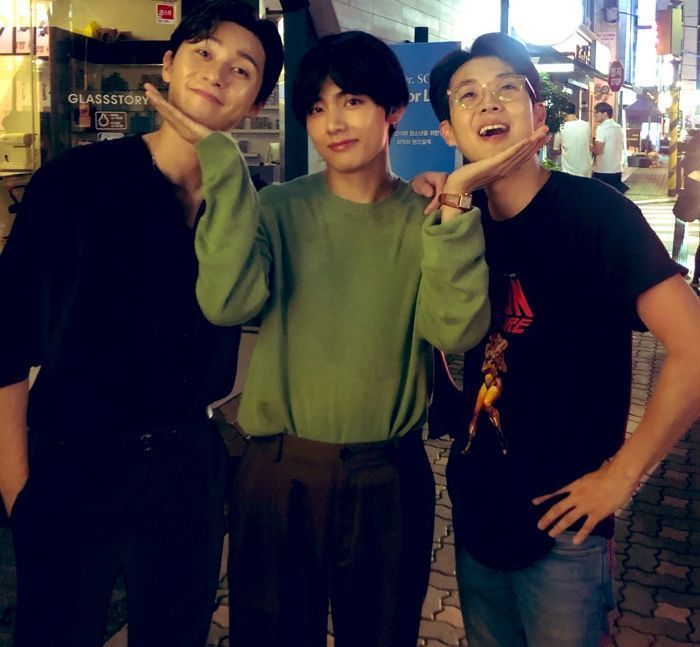