BTS‘s V is extremely playful with the members, and his playfulness was on display when he choked on some food!

In a live broadcast, Suga mentioned that he recently had his wisdom tooth removed. He also said that the day before, he was eating, and some blood started coming out of his mouth since he was using his jaw muscles. 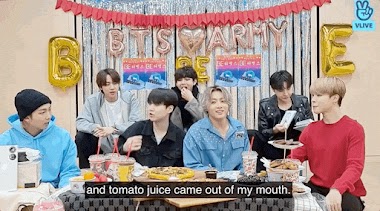 While Suga shared this story, V started choking on his food and spat some of it out. The members decided to be a little playful and said that V was demonstrating what it looked like when blood was coming out of Suga’s mouth. 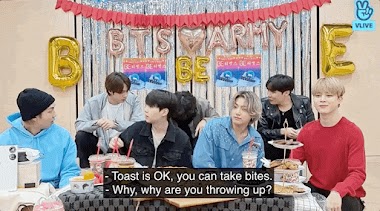 Some of the food got on V’s phone, and he decided to be a little “mischievous,” as he wiped his phone on Jin’s clothes! Jin was in “disbelief.” 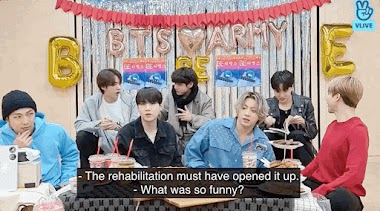 The members then asked V why he started choking, and he said that some food went down his windpipe. 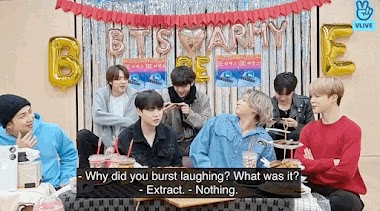 What a little “rascal!”