BTS Wins Worldwide Icon Of The Year At 2018 MAMA Fans’ Choice In Japan, Total Of 4 Awards

BTS is now the first ever recipient of the Worldwide Icon of the Year award, a Daesang (grand prize) from the Mnet Asian Music Awards (MAMA)!

On December 12, the second ceremony in this year’s MAMA was held in Japan, titled the 2018 MAMA Fans’ Choice in Japan. During the show, BTS received a Worldwide Fans’ Choice Top 10 award, the Favorite Music Video award for “IDOL,” and the Favorite Male Dance Artist award.

The final award for the night was this year’s first MAMA Daesang, the Worldwide Icon of the Year award, which went to BTS.

BTS’s Jin began their acceptance speech by testing the mic before screaming “ARMY!” to the laughter of his group members and screams of their fans. “I think it’s such an honor that ‘Worldwide Handsome’ is receiving the Worldwide Icon award,” he said. “Even just a few years ago, we were artists at a small agency. But now, thanks to a great opportunity, we met ARMY and became artists who are receiving this Daesang. Thank you so much. Also, we’re able to receive this award because of the efforts of BTS and because ARMY is together with us. I’ll love all of you forever. Thank you.” 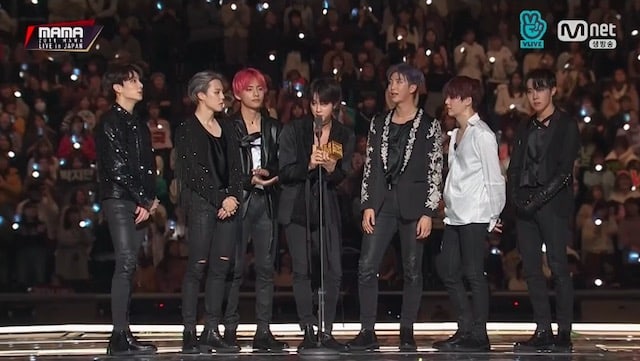 RM said, “Ah, ‘Worldwide Icon.’ Isn’t that talking about ARMY? In a truly ‘worldwide’ way, they support us from all over the world, and like how in Windows you have to click an icon to run a program, they’re always opening windows for us and making us run. I dedicate this Worldwide Icon award to them. Thank you.”

He added in English, “Since this is a Worldwide Icon award, I give it to all of you guys, the ARMYs all over the world. Thank you so much.” 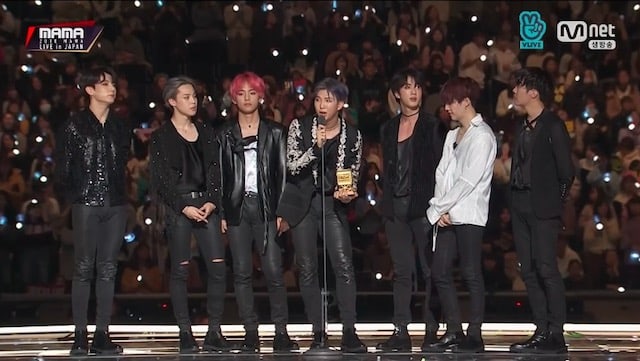 Suga said, “We’re the first ones to receive this Daesang, right? I hope there’s one next year too. This is an award given to us by our fans. I’m so grateful, and thank you to our agency family. I love you!” 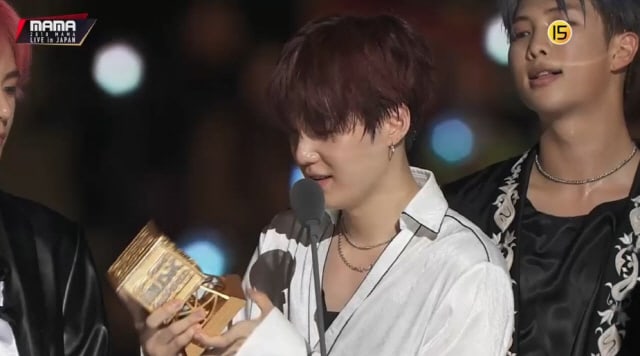 BTS will also be performing at 2018 MAMA in Hong Kong on December 14, where three more Daesangs will be announced. Check out their performances from the December 12 ceremony here!