Recently, BTS announced 2021 MUSTER Sowoozoo as part of their 2-week-long celebration event FESTA for their 8th anniversary. Since then, ARMY has been speculating about the potential setlist for the two-day online live-streaming concert. Since the event’s title Sowoozoo translates to “Mikrokosmos,” a known BTS song, that seems like an obvious contender. 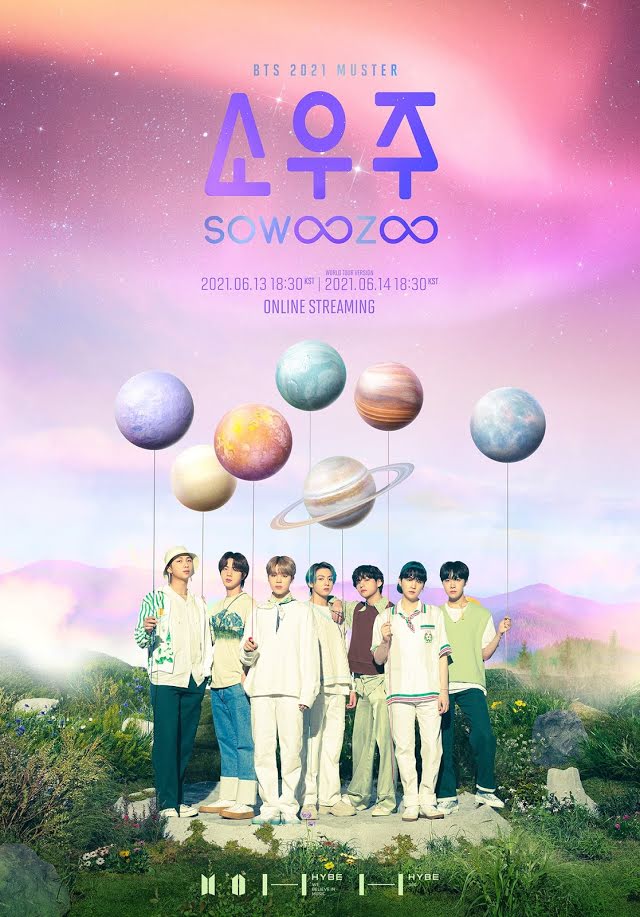 With what appears to be many planets surrounding the area, it goes well with the “Mikrokosmos” concept. However, some aspects of the design put one in mind of some other BTS songs.

ARMYs are pointing out the resemblance of the planets to the cover art of the original soundtrack for BTS WORLD, BTS’s mobile video game by Takeone Company Corp and Netmarble. Many are believing that this means that BTS might finally perform some of the songs from the OST.
The soundtrack included collaborations with Western music artists, such as Charli XCX, Zara Larsson, and Juice WRLD, as well as instrumental songs. The one non-collaboration song is “Heartbeat,” the main single, so many suggest that it could be performed.
Considering the lyrics are clearly a “love letter to ARMY,” it would be the perfect song to sing for BTS’s anniversary celebration!
Day One of Sowoozoo begins at 6:30 PM KST (5:30 AM EST), June 13 (Sun.), 2021. Day Two, also known as the World Tour Version and includes foreign language songs, begins at 6:30 PM KST (5:30 AM EST), June 14th (Mon.), 2021.
Share it on
Facebook
Twitter
Pinterest
Tumblr