BTS’s “ON” official music video has hit 100M views and has added another video to their 100M list. This video was first released on February 28 as part of their MAP OF THE SOUL: 7 album. As of March 26 4:59AM KST, the video hit 100M YouTube views. 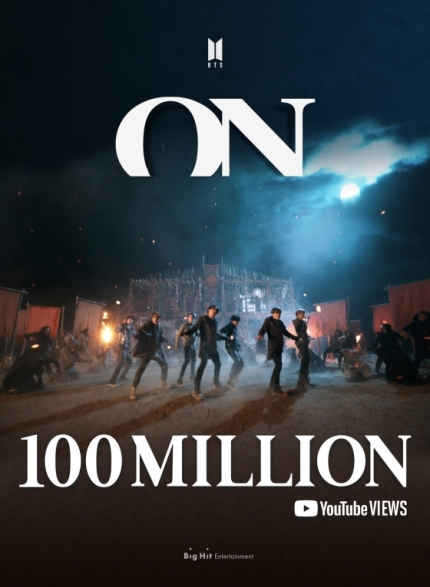 They were able to hit 1M views in just 65 minutes with this video as well. This is an upgrade from last year’s “Boy With Luv” featuring Halsey track that took 2 hours and 52 minutes to hit 1M views. 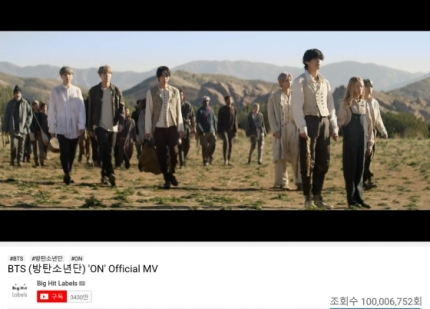 Their new title track “ON” is filled with a powerful energy and genuine lyrics that express the past seven years of them as a group.

The music video reveals many different references to media and history and includes a charismatic dance break that captures to viewers as well.