Recently on tvN Asia’s official Instagram and Facebook page, the message, “Who should join to run the restaurant if <Youn’s Kitchen> returns with a new season?” was posted along with a photo of several possible candidates. 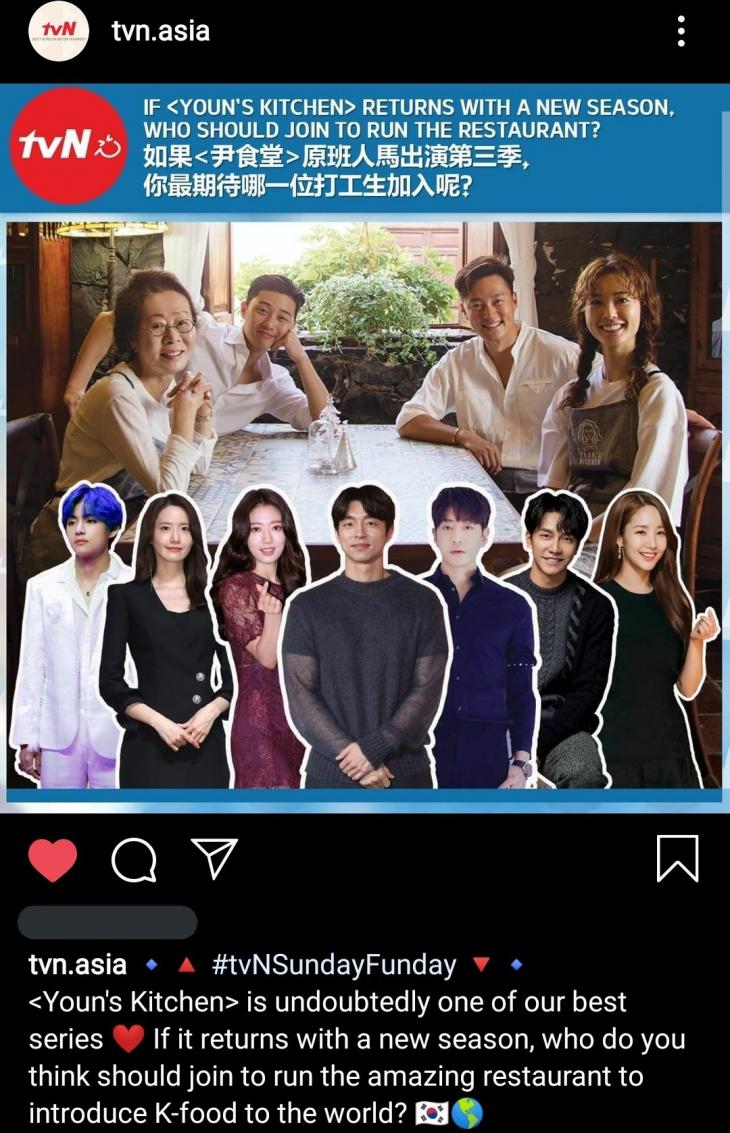 Among the six candidates revealed, BTS’s V was one of them. V has shown his humor and talent as an entertainer through many Run BTS! Episodes and also showed his fun side in the past through programs such as Knowing Bros. 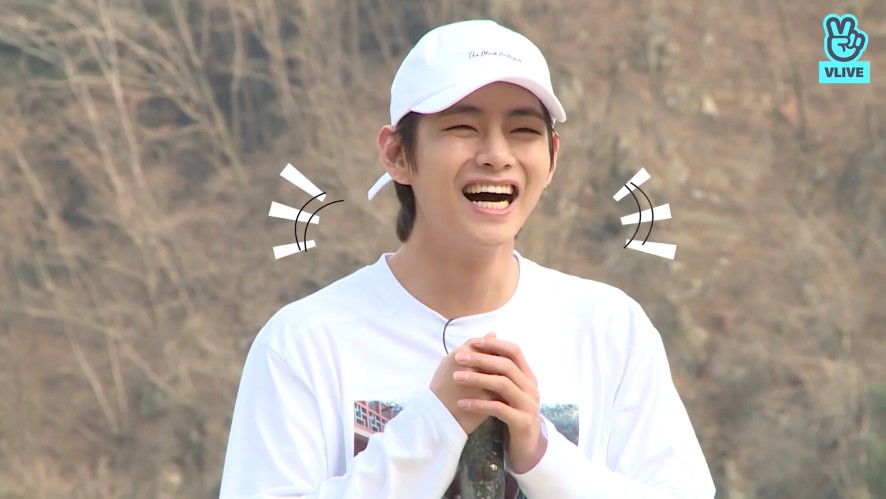 Another reason V could be a possible candidate for the show could be due to actor Park Seo Jun’s appearance in the past season of the show. The two are known to be close friends after they first met in 2017 for the drama Hwarang: The Poet Warrior Youth. Fans all know just how close they are through their trips and photos posted online. 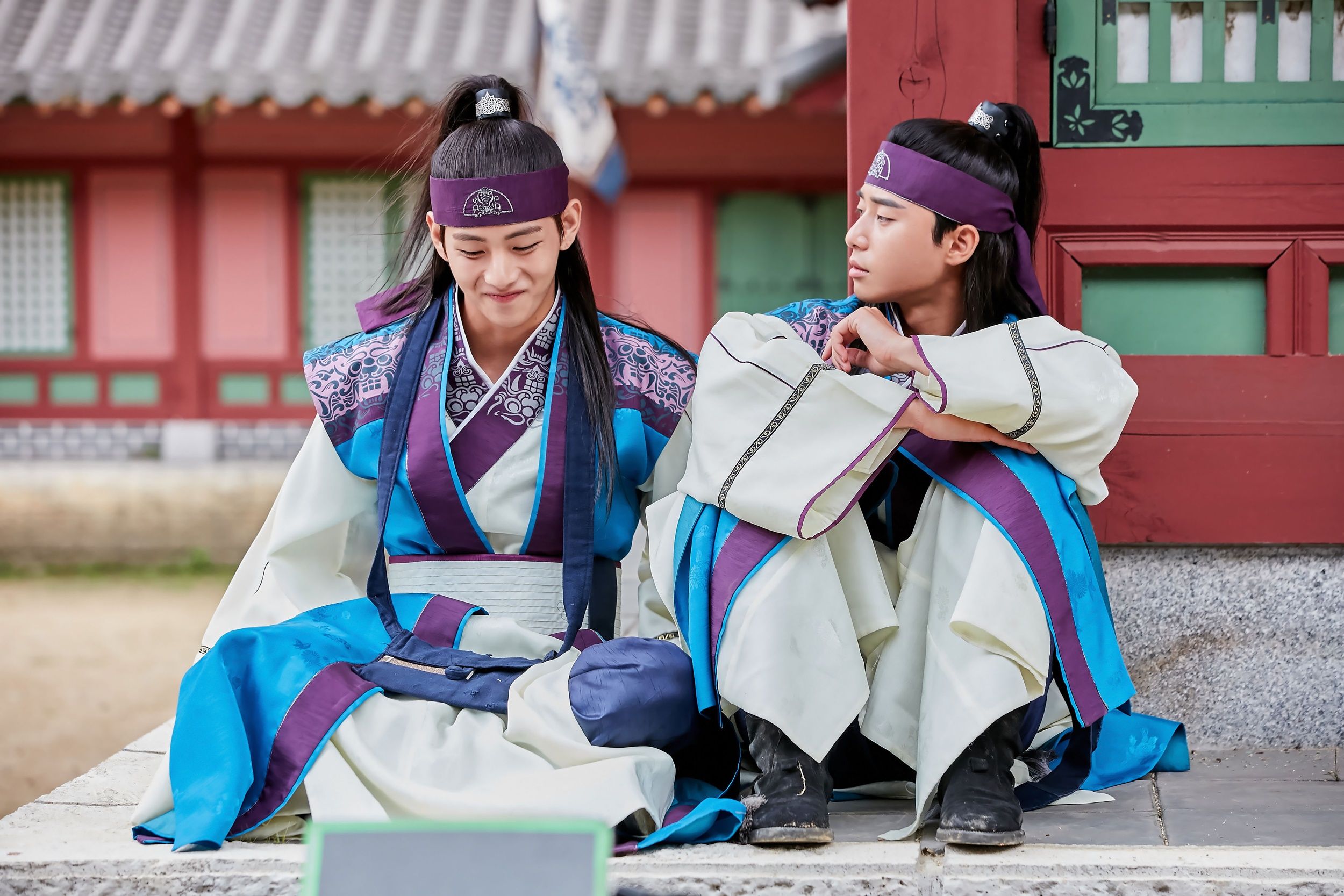 It was also reported that Park suggested V to the producer of the show last season as well.

Although after taking a look at BTS’s schedule for this year, it does seem highly unlikely that he would be able to have the time to film for this show. Fans still hope that one day in the future that V will be able to make an appearance on some variety shows.

BTS will be making a comeback with their album MAP OF THE SOUL: 7 which will release on February 21 at 6 PM KST.