On January 22 KST, BTS‘s V surprised fans by popping onto Naver‘s online live broadcasting app. Even though it was late over in L.A., he turned on the app to spend some time with fans. 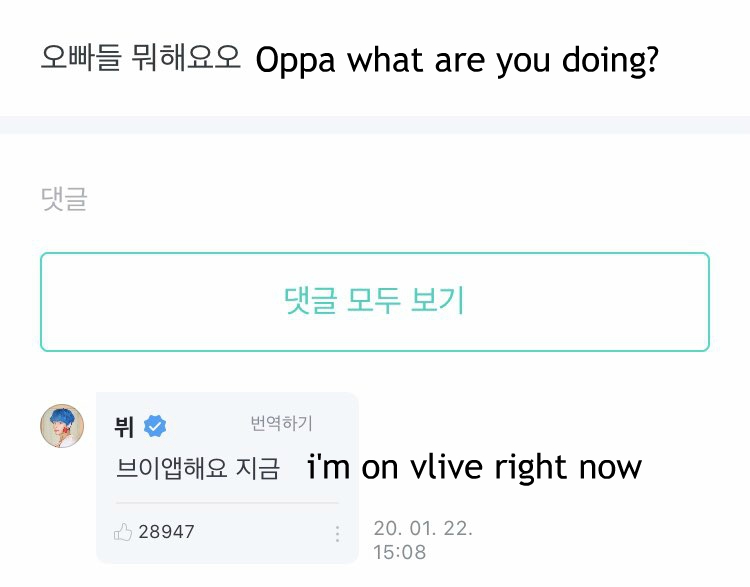 He held a small one-man radio show that he titled ‘태태FM 보이는라디오’ (TaeTae FM Watching Radio) where he read comments from the Weverse app and answered them through the broadcast.

He surprised fans as he let them know that he usually carries around a piano and that he would play for them for the first time.

As he began his performance, fans slowly began to catch on that this was a joke as there was no piano in front of him.

His cute expressions as he “played” the piano was a hit until he stopped at the end, showing that he was not actually playing.

He ended the online broadcast with some Pringles and wine before signing off from his show. Who’s waiting to hear V’s real piano performance sometime soon? I know we are!