BTS’s Jimin has shared the emotional story behind his first self-composed song “Promise.”

Last month, Jimin surprised fans by unexpectedly releasing “Promise,” a solo track that he had co-composed with producer Slow Rabbit. (He also penned the lyrics together with fellow BTS member RM.) The song racked up an impressive 8.5 million streams in just 24 hours, breaking SoundCloud’s record for the highest number of streams within the first 24 hours of a song’s release.

On January 20, Jimin brought up the song during a Naver V Live broadcast after BTS’s concert in Singapore. “Thank you all for listening to [the song] so many times,” he told his fans. “Thank you for liking it. Thank you.”

He went on, “I wanted to tell you about how I ended up writing ‘Promise.’ I started working on ‘Promise’ a long time ago. It was about six or seven months ago.”

Jimin then revealed that “Promise” was not originally an uplifting song. “When I first started working on ‘Promise,’ it wasn’t a comforting song like it is now,” he shared. “It was originally a song in which I told myself off. When I first began writing it, I intended it to be a dark song.”

“However,” he continued, “even though I had a lot of things I wanted to say in the song, I couldn’t think of any concrete words [with which to say them]. So I went around in circles for about three or four months, unable to figure out how to approach the song. I must have dozens of versions of this song’s chorus, really. Because I wrote so many different choruses. I would try adding this and that, or I would go back and start over from the beginning. About half of the current song ‘Promise’ is melodies that I wrote down exactly the way that I first thought of them.”

Jimin added, “In the past, when I first started composing music, I felt stressed and burdened by my thoughts, so I was looking for a way to relieve [that stress]. While talking to Namjoon [RM’s given name], he told me that he had relieved a lot of his own stress by making music. We talked for a long time about that, and it made me want to compose my own song to overcome those [feelings]. So I started working on music.”

“But because my feelings and thoughts were so dark and gloomy at the time, I only had dark music in mind,” he said. “Everything I wrote ended up being in that same vein. So my lyrics were all kind of saying, ‘Why are you like this?’ I was basically one step away from cursing at myself [in the lyrics]. Those were the kinds of lyrics that sprang to mind back then.”

“Then, things got better,” he went on. “The members’ situations improved, and the atmosphere improved as well. So I was no longer able to stir up the same feelings that I had when I first started writing the song. Because everything was okay now. So I couldn’t remember those emotions, and it made it really difficult to write the song. I kept thinking, ‘I need to finish this, what should I do?’” 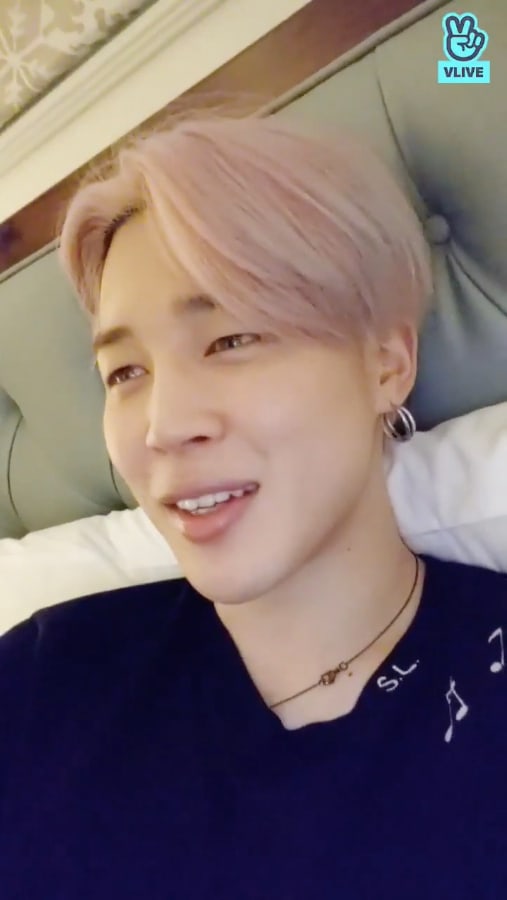 Jimin then recalled that he first thought of the word “promise” while performing at BTS’s historic concert at Citi Field in New York, when the group became the first Korean artist ever to hold a solo concert at a stadium in the United States.

“I told Namjoon that I had thought of the title for the song that I wanted to work on after our tour was over,” he said. “He told me, ‘Work on it now, when you still have those thoughts.’ So I started working on it and completed the song in about one to two months. As soon as I thought of the keyword ‘promise,’ things went very quickly.”

“This is the first song that I ever composed,” he added proudly, “and I wrote the entire melody myself.”

He went on to talk about the song’s lyrics, explaining, “If you listen to the song, I use the word ‘you’ a lot. ‘You’ actually means ‘me.’ Because this was originally a song that I wanted to write to myself. So I think that the most crucial [contribution] Namjoon made was changing ‘me’ to ‘you.’ He also wrote all of the English lyrics. Because I’m not good at English, I asked him multiple times, ‘I want to write this or that in my lyrics—how do I translate this into English?’ Namjoon helped me a lot.”

Jimin also spoke more specifically about what had inspired him to write the song. “My personality is very wishy-washy, and I have a hard time being honest,” he confessed. “I ended up writing this song because I hated that about myself. ‘Why am I unable to bring myself to say the things I want to say?’ If I’m having a hard time, I want to be able to say honestly that I’m having a hard time. But because I can’t do that, I get frustrated watching myself. I think that’s why I ended up writing the song.”

“But then things got better,” said Jimin. “I hung out with my friends, I spent a lot of time talking to the other BTS members, and I was able to see all of you during our concerts. That made me realize that I had been mistaken. I had thought that I was alone and struggling by myself, but after talking to my friends and the BTS members over drinks, it occurred to me that there are probably very few people in the world who talk openly about their lives and their problems. There must be many people who have bigger problems than I do, and there must be so many people who have never been able to speak honestly about their lives.

“After realizing that, I had the thought while performing at Citi Field that I wanted to make a promise to myself: even if life makes things difficult, I won’t make things difficult for myself. I won’t insult myself.”

Jimin added, “I hoped that lots of people would hear the song and that it would comfort them as well. That was what I had in mind while I was working on the song, and that’s how I was able to think of the exact words that I wanted to say. That’s how the song ‘Promise’ came into existence.” 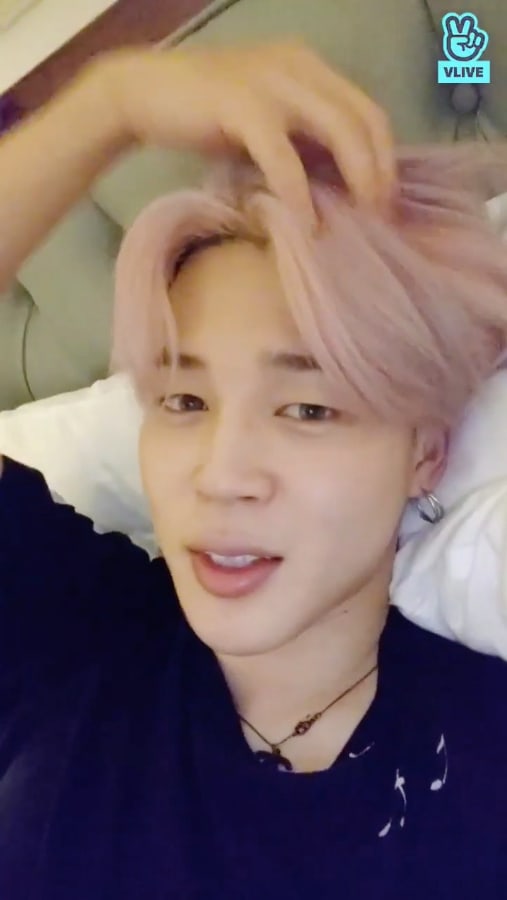 Listen to Jimin’s song “Promise” below!