“Busted!” PDs Praise EXO’s Sehun And Talk About His Strengths

The idol is currently starring in the Netflix mystery variety show as a member of a motley crew of bumbling detectives that includes Lee Kwang Soo, Yoo Jae Suk, Kim Jong Min, Park Min Young, Ahn Jae Wook, and gugudan’s Kim Sejeong. The show, which aired its first two episodes on May 4, follows the seven detectives as they work together to solve fictional crimes.

Despite Sehun’s lack of variety experience, veteran PDs Jo Hyo Jin and Kim Joo Hyung had nothing but praise for the EXO member. In an interview with news outlet MyDaily on May 8, the two PDs shared that they had been confident about their decision to cast Sehun from the very beginning.

Kim Joo Hyung jokingly explained, “Since many of the older men [on the show] are lacking, we thought that, at the very least, the youngest members should be somewhat serious. Among the EXO members, Sehun hasn’t had much public exposure, and he seemed very serious and earnest while filming the show.”

He went on to recall, “When we met with [Sehun before casting], his thoughts were very mature, and we saw his ability to ground the group despite being the youngest member as something that would be very entertaining on a variety show.

“Actually, at one point in the middle of the series, he did go on to help straighten out a situation made chaotic by the older guys.” 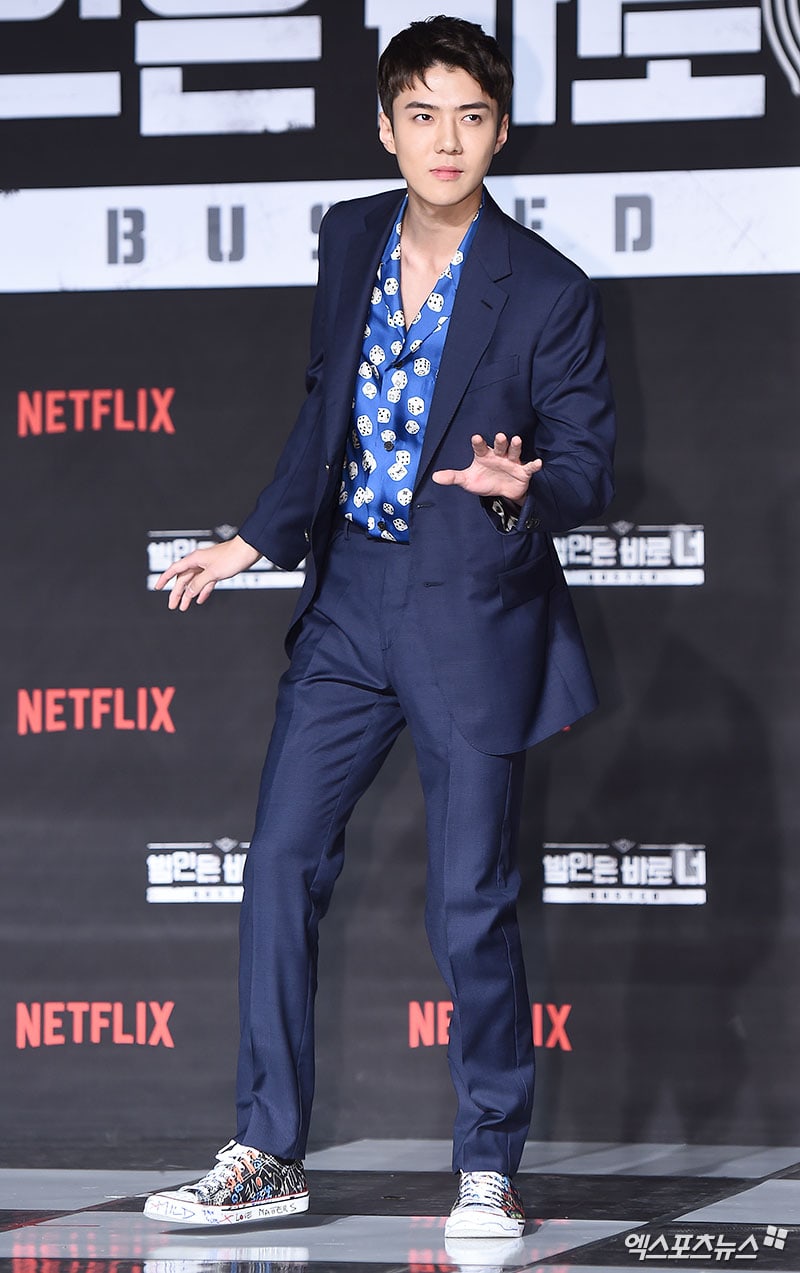 Jo Hyo Jin chimed in, “Sehun doesn’t talk much, and he’s serious. Since many of our members are lacking, we wanted to cast a cool, handsome guy.”

The PD also expressed his satisfaction with Sehun’s performance during the show, remarking, “As the series progresses, his personality starts to show more and more. He ends up revealing his immense competitive streak.”

“Busted!” is scheduled to run for a total of five weeks, with Netflix releasing two new episodes every Friday.