Byul On Music, Her 3rd Pregnancy, And HaHa’s Endearing Jealousy

On February 15, the singer appeared as a guest on the radio show and promoted her latest track “Distance.” In December 2018, Haha and Byul confirmed that they’re expecting a third child and have since shared their thoughts and concerns with their fans. “I’m currently 17 weeks along in my third pregnancy,” said Byul. “At first, I was worried that I might be lonely because there aren’t many mothers with three children, but it turns out there are many around me. I’m just happy now.”

DJ Kim Chang Ryul commented, “I think the third child in your stomach must be really happy. It’s getting prenatal education while listening to Byul’s great live singing,” and she replied, “When I was pregnant with Dream and Soul, I couldn’t sing a lot. But I was preparing for my concert even before I knew about my third pregnancy and sang often.” When the DJ asked, “What if your third child becomes a musician?” Byul shared a special story about music and her third baby. “I had really bad morning sickness. But the morning sickness stopped whenever I went to band practice and the baby listened to music. It’s really fascinating. I’m looking forward to seeing if my third will become a musician.”

The singer recently appeared on MBC’s “The Manager” and gave viewers a glimpse of her everyday life with her manager. “My manager is 10 years younger than me,” she explained. “But he’s very conservative. He takes care of me as if I’m a newly-debuted female singer. If I try to wear something that has a slightly low neckline, he stares at me.” 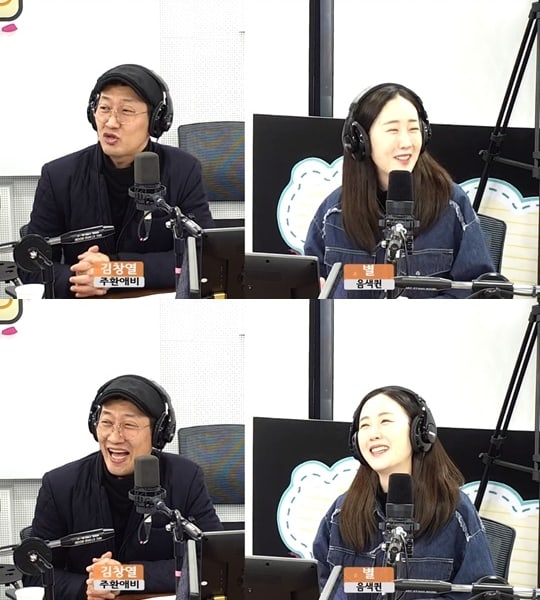 Choosing Sung Si Kyung as someone she wants to sing a duet with, Byul humorously said, “He’s a senior artist I’ve liked ever since I was young. His voice is so nice. But my husband (HaHa) told me not to call him oppa. He gets defensive and tells me to call him Sung Si Kyung.” She continued, “There are so many people who are good at singing in South Korea. So I’m trying not to rely solely on my tone. I always feel grateful to my mom and dad for giving me a beautiful voice. [When I was young,] my dad woke me up every morning with a song and made me sing in front of many people.”

Byul then discussed how taking care of children is more difficult than singing. She explained, “Singing is something I have fun doing, but I can’t have fun while taking care of my kids. HaHa helps me a lot, and I’m getting assistance from my mom.” She concluded, “I should be telling you my future promotion plans, but I have to give birth first. My due date is in July, so please wait a little.”