Call It: Will “Descendants of the Sun” Have a Happy or Sad Ending?

Many viewers believe that, for this drama, one with no love triangles and a — largely — straightforward romance, a happy ending is in store. After all, most of writer Kim Eun Sook’s dramas have had happy endings.

MOST of writer Kim Eun Sook’s dramas have happy endings. Most, not all. Netizens have pointed out that the writer’s 2004 drama “Lovers in Paris” had a twist ending that left viewers in shock — though the ending was open to interpretation — and are wondering if Kim Eun Sook will be doing something similar with “Descendants of the Sun.”

They point out Kang Mo Yeon’s (Song Hye Kyo’s) narration from the end of episode 14 as possible foreshadowing: “I wonder if the movie we didn’t get to see had a happy ending or a sad ending.” 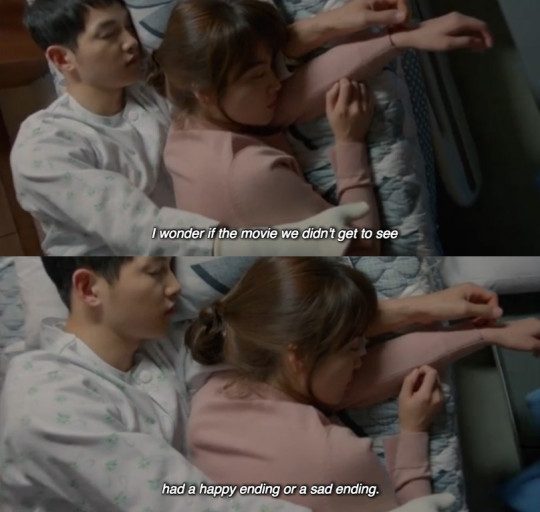 The narration is followed by an ominous preview, with Yoo Si Jin (Song Joong Ki) seemingly heading off on another mission, saying, “I will come back when the seasons change,” and Kang Mo Yeon receiving an unexpected visit from Staff Sergeant Choi, after Yoon Myung Ju (Kim Ji Won) exclaims that Seo Dae Young (Jin Goo) must have returned from his mission — likely the same mission as Yoo Si Jin.

Soompiers, what do you think? Will “Descendants of the Sun” end in smiles or tears?

If you have yet to watch the show, this is prime time to binge, with the show ending in two days! Watch episode one below: