With the nickname “Prince of Asia,” odds are you’ve probably heard of Lee Kwang Soo as a cast member of “Running Man.” He’s hilarious, he’s won around five awards in acting, and he’s a former model at over six feet tall. What’s not to like? However, while fans may have noticed Kwang Soo’s many appearances in variety shows, he has also made a number of cameo appearances in popular K-dramas. Check out five of them below and see if you actually managed to spot the “Giraffe” (His “Running Man” nickname) in the scenery!

1. “Descendants of the Sun”

You might not have noticed, but Lee Kwang Soo did perform a cameo in the legendary drama “Descendants of the Sun.” It’s around the first episode, when Shi Jin (Song Joong Ki) and Dae Young (Jin Goo) catch a motorcycle thief with carnival toy guns. The bossy carnival worker, who is dressed as a soldier and lectures our favorite Special Forces captain and sergeant on military knowledge, is Lee Kwang Soo. 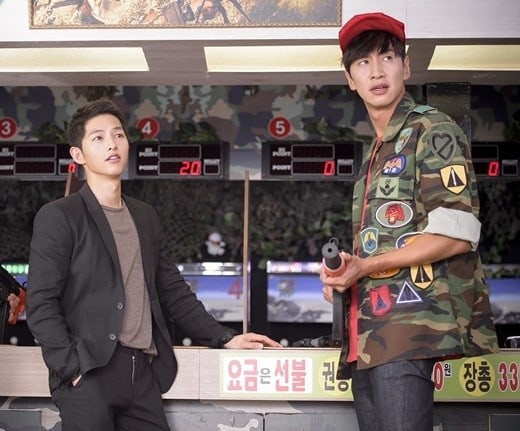 Catch the first episode of “Descendants of the Sun” below:

A charming summer K-drama with a fusion of modern and ’90s pop music references, “Greatest One-Shot” is a fun must-watch that also happens to include (if you paid attention) a special appearance by Lee Kwang Soo. He plays the ex-boyfriend of main character Woo Seung (Lee Se Young), and is a self-centered jerk who cheats on Woo Seung with her best friend. While the situation itself is serious, the scene plays out pretty hilariously, especially if you recognized Kwang Soo underneath all the long hair. 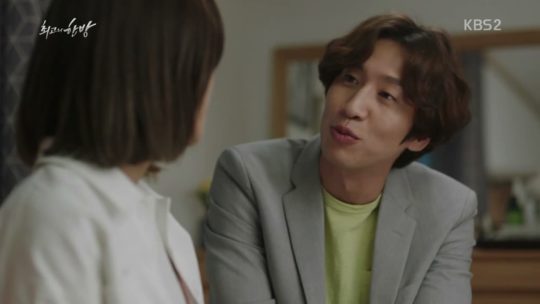 Watch the teaser for “Greatest One-Shot” below:

In this popular traditional drama, Lee Kwang Soo stars as Mak Mun, a goofy and cheerful friend to our mysterious main character Dog-Bird (Park Seo Joon). Mak Mun is a heartwarming rendition to the beginning setup of “Hwarang,” and his hilarious interactions between the villagers and in fight scenes will keep you in stitches during most of the character’s screen time. 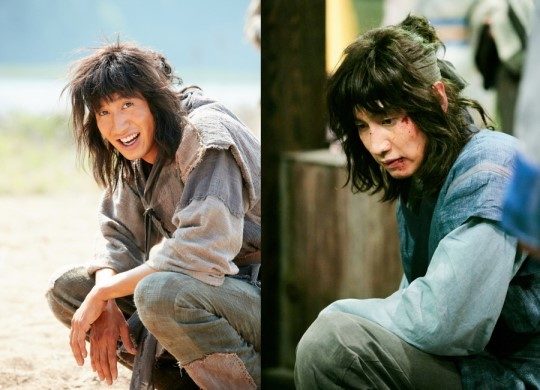 Catch the first episode of “Hwarang” below!

“Dating Agency: Cyrano” is a cute 2013 rom-com that centers around the existence of a so-called “dating agency.” The mission: to help their client’s crush reciprocate their feelings. In this drama, Kwang Soo makes a guest appearance as a chef who’s in love with his rival, forcing him to seek out the agency for help. If you’re looking to get out of the mainstream K-drama feed, then this older show, with its unique and bubbly concept, might be for you. 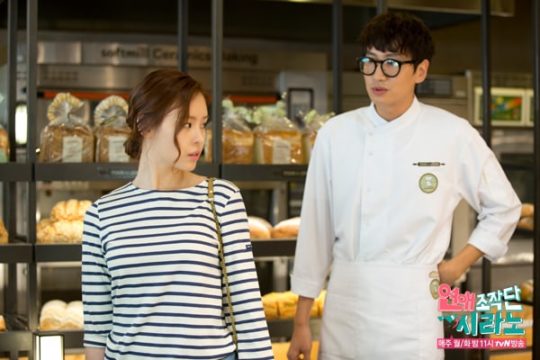 Catch the teaser for the first episode of “Dating Agency: Cyrano” below!

“The Girl Who Sees Smells” is a 2015 K-drama with a lot of unique storytelling elements to it. The story focuses around two characters: a wannabe comedian (Shin Se Kyung) who can literally see scents and an aspiring detective (Park Yoochun) who has lost several senses, including the ability to feel pain. While this sounds like a setup for an interesting rom-com, the show’s true plot centers around a disturbing series of murders committed by a psychopath (who’s a little closer to home than you think).

The drama not only features an appearance by Kwang Soo but the whole “Running Man” cast, as they play out an imaginary dream scene in the female lead’s head. If you’re a definite fan of the variety show, you’ll find the cameo pretty amusing; also, if you haven’t seen “The Girl Who Sees Smells,” you should definitely check it out! See if you can figure out the criminal’s identity first.

Catch the first episode of “The Girl Who Sees Smells” below!

In “City Hunter” (a great drama to watch for fans of shows like “Healer“), Lee Kwang Soo plays side character Ki Jun, a dorky but sweet engineering professor who works for the Blue House. Ki Jun also happens to be the co-worker of main character Yoon Sung (Lee Min Ho), whose real intention is to get revenge against the politicians who caused his father’s death years ago. It’s an intriguing drama that was made all the better with actor Lee Kwang Soo in it, so if you haven’t seen it yet, check it out! 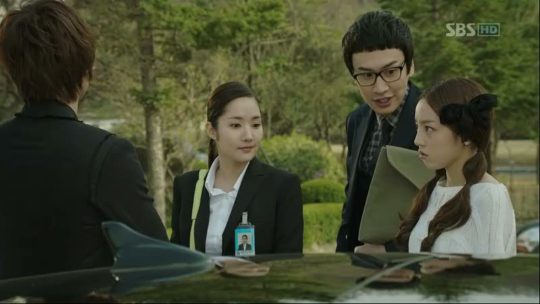 Catch the first episode of “City Hunter” below!

How many times did you actually catch Lee Kwang Soo’s cameos in these K-dramas? Did you get all of them? Let us below in the comments, Soompiers!