A Filipina TikTok star has received criticism from Korean netizens that is triggering backlash from international netizens. 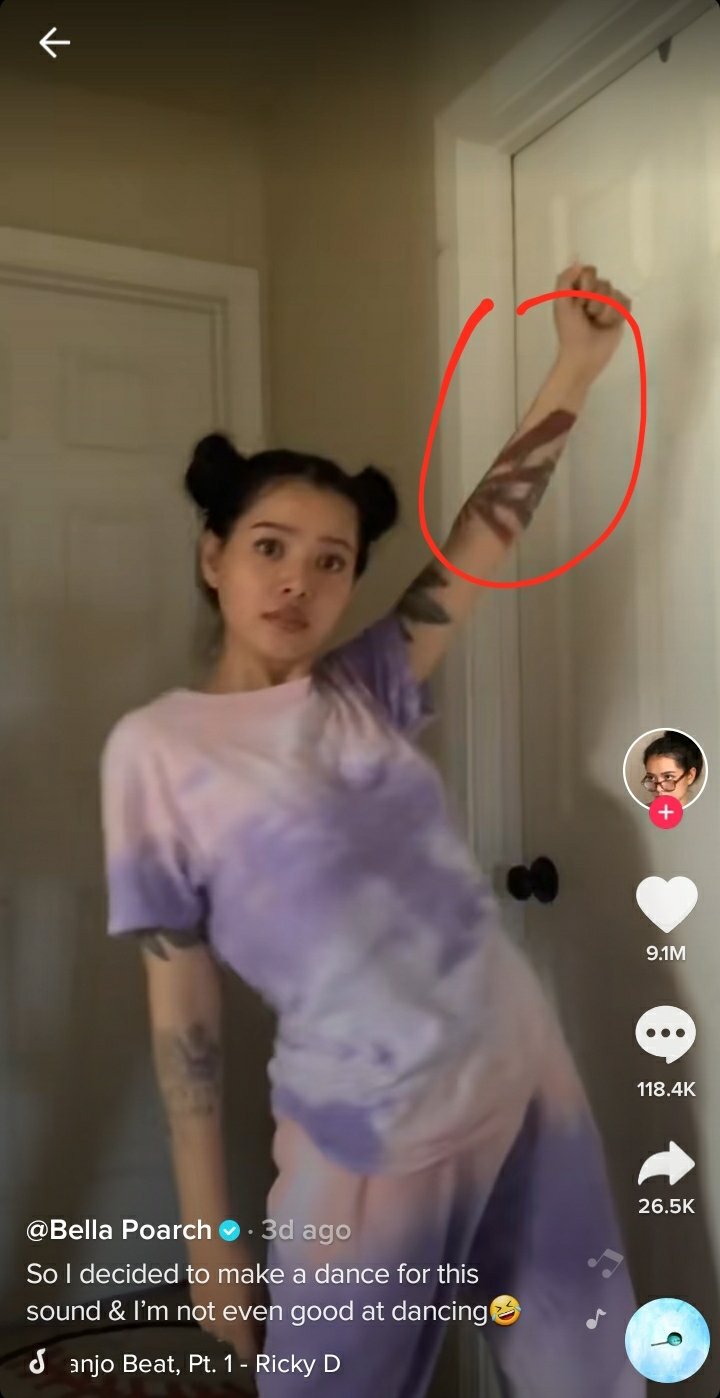 This flag is associated with Japanese imperialism, as well as Japan’s actions in World War II. It remains particularly offensive in South Korea due to Imperial Japan’s treatment of Korea while the country was under its colonial rule.

As such, Korean netizens have taken offense to Bella Poarch’s tattoo and pointed out why it’s problematic. 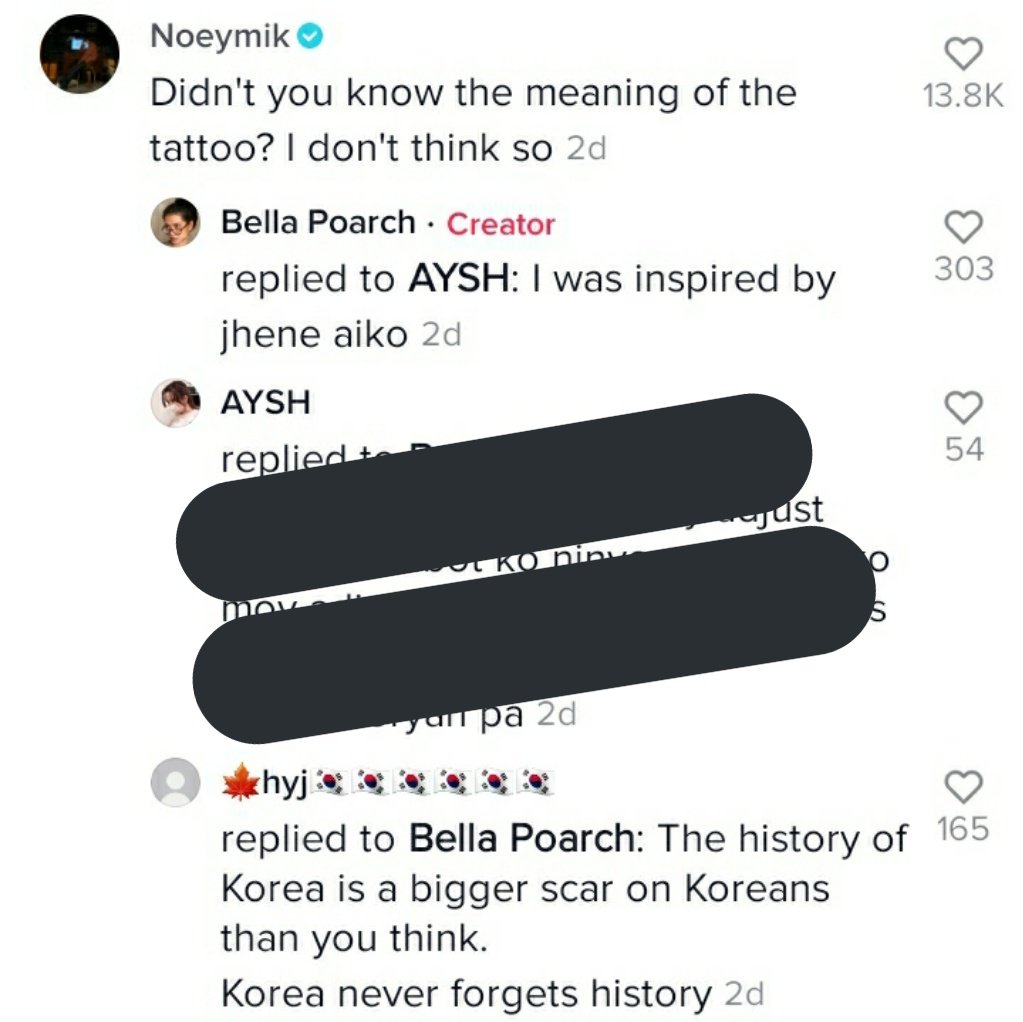 In response, the TikToker apologized for her tattoo, stating that she loves Korea. She has also promised to have the tattoo covered or removed to correct her mistake. 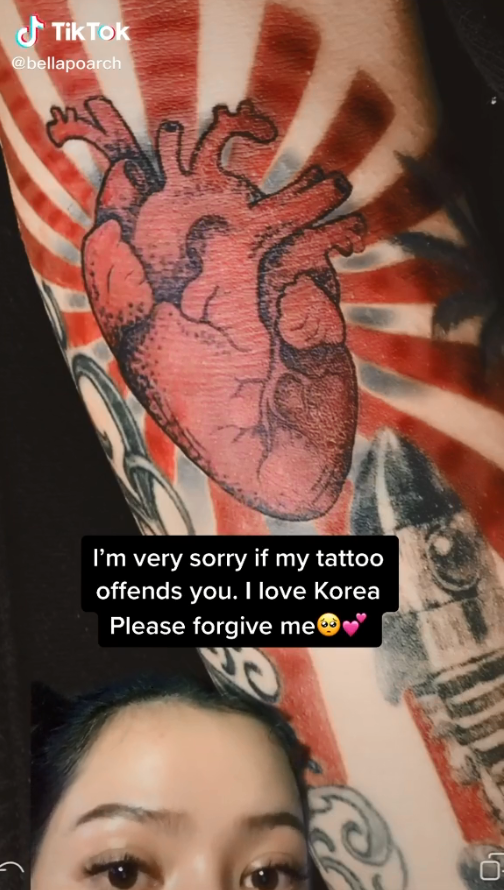 Although some Korean netizens expressed their feeling respectfully, others attacked Bella Poarch with racial slurs that insulted not just her, but all people from the Philippines.

In response to this discrimination, netizens are trending #CancelKorea on Twitter to draw attention to racism, as well as the relationship between South Korea and the Philippines. 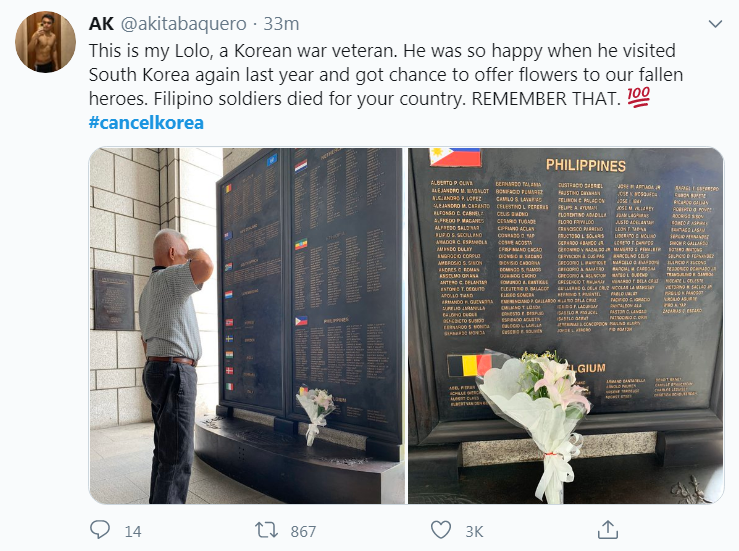 #cancelkorea We, Filipinos, have been fan of you guys. We adore your cultures, your musics and your talents. In return, you're just going to treat us like garbages? We don't deserve this type of treatment. ☹️ 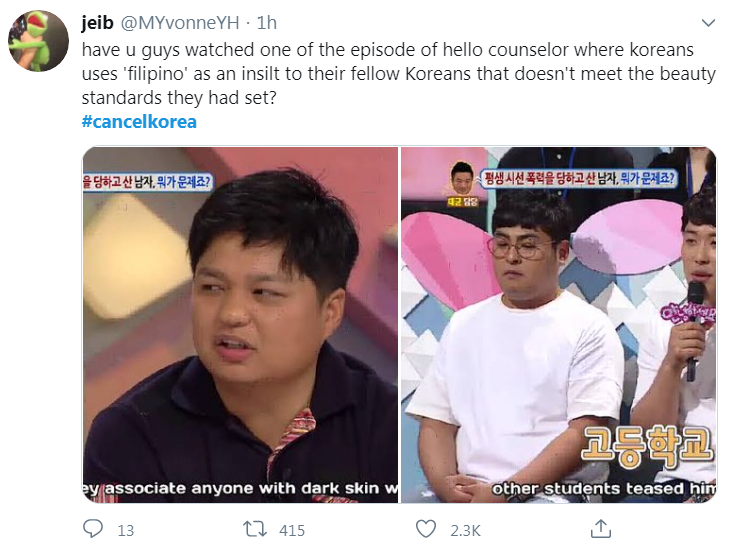 Some Twitter users are also sharing their own personal experiences with discrimination in South Korea.

#cancelkorea it was 2018 when i last visited seoul. it was a 5-day trip and NOT A SINGLE DAY WE DIDN'T ENCOUNTER A RUDE KOREAN. every night we went back to the hotel, even though we're happy, there's that little sting in the heart. sometimes i want to go back, sometimes i don't. pic.twitter.com/O2JxY3bPd2

Many of the netizen trending #CancelKorea are K-Pop fans who are saddened and upset by recent events. As much as they love K-Pop, they are putting the love for their country and fellow Filipinos first. 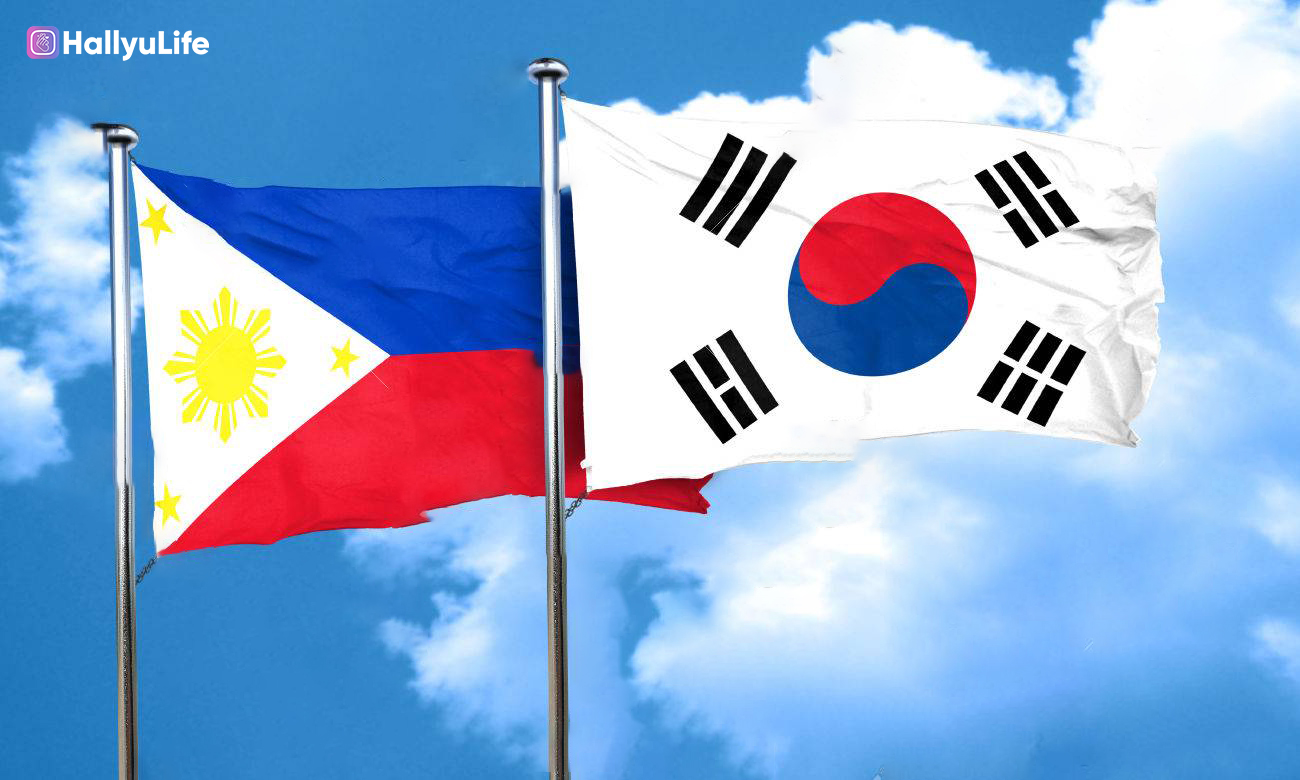 #cancelkorea is trending because some Koreans mock Filipinos and Philippines as a country. As much as I love my biases in Korea, i'm more than willing to put down my light stick and proudly wave my flag.

Even if I like kpop, their attitude is not acceptable #cancelkorea

they really forgot that the philippines is one of the biggest fanbase in asia. the one who help their economy grow, the one who watch their kdramas and the one who support kpop. i guess it's the right time to put down our lightstick and proudly wave our flag. #cancelkorea pic.twitter.com/DSjjF48AOu

Yes i'm a kpop fan, but i'm willing to put down my Light Stick and proudly wave our flag???????? #cancelkorea pic.twitter.com/bw3SaQYYDp