Love Alarm stars Kim So Hyun, Song Kang, and Jung Ga Ram appeared on The Swoon‘s YouTube channel to promote the K-Drama for Netflix. They teamed up to decorate a mood board to celebrate the release of the long-awaited Season 2. There was a catch to the fun and friendly activity, however. The costars would be competing in a game of Secret Mission. 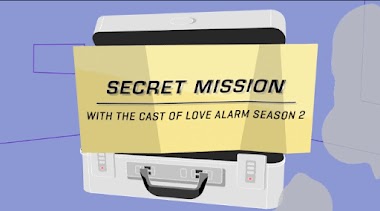 They were each given a list of tasks to complete to win the challenge. Many of their items they needed to win would cancel out the others’, making it even more difficult to win. 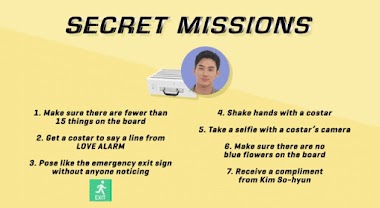 For example, Jung Ga Ram needed the mood board to have less than fifteen items while Kim So Hyun needed more than fifteen. When he attempted to remove items from the board, she argued with him and said, “Maximalism is the new trend.” 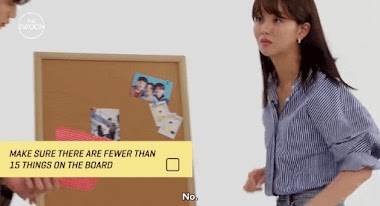 It didn’t prove easy when the game required your competitors to assist you in completing tasks. How does one subtly ask their enemy for help without them realizing the motives behind it? Song Kang needed to take a picture with one of his costars but couldn’t get anyone to agree to it. Finally, when he thought they had one, their polaroid camera ran out of film! 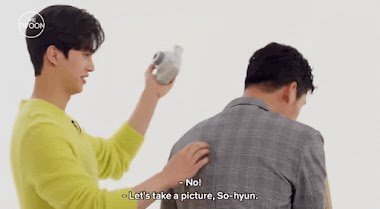 Some of the tasks were related to Love Alarm, like calling someone by their character’s name or getting a costar to quote the K-Drama. A misquoting of the line would not be good enough to get the item checked off. 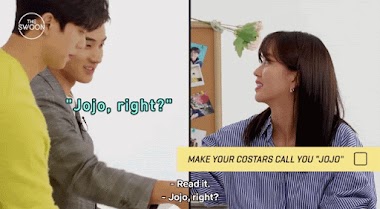 Misunderstanding the secret mission tasks and instructions could potentially lose someone the game. With a time limit, things became heated amongst the friends. Some would even go as far as removing their costar’s pictures and decorations from the mood board. All’s fair in love and games. 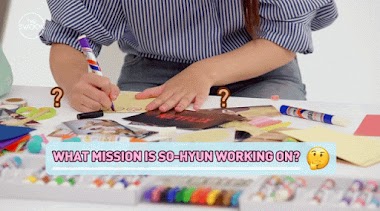 You can find out who won in the full video below.