Cast Of “Suits” Talks About Transforming Into Their Characters, Perfect Chemistry, And More

The cast of upcoming KBS 2TV’s “Suits” attended a press conference for their drama.

“Suits” is a remake of the popular U.S. series about a legendary lawyer at Korea’s top law firm who hires a genius without a college degree or law license as his associate.

Director of KBS Headquarters Hwang Yong Ho described the series as “KBS’s most anticipated drama of 2018” and said, “Korea’s top two actors, Jang Dong Gun and Park Hyung Sik, will appear in it. I think the synergy of the two men will be the focal point. I’m confident that it will give satisfaction to the viewers.”

CEO of production company Monster Union Park Sung Hae said, “‘Suits’ is a project that we’ve worked on for a while since the beginning of our company’s establishment. Luckily, we were able to do it with our first choice of actors for the cast. We won’t just stop at being the most anticipated drama, but will become the most talked-about drama as well.”

Many people are wondering how the Korean drama will remake this popular U.S. series that is currently in its seventh season. PD Kim Jin Woo said, “It’s the point we’re most worried about. We said that we should interpret it instead of imitating it. If we change it to make it overtly Korean, then it could damage the sentiments of the original series. If we try to imitate or copy it, then it could not match with our culture.”

When asked if the Korean series will also be aired in seasons, he replied, “For seasonal shows, the timing and many other factors have to match up in order for it to work out. It may not work even if just one condition isn’t met. It’s hard to answer that right now.” 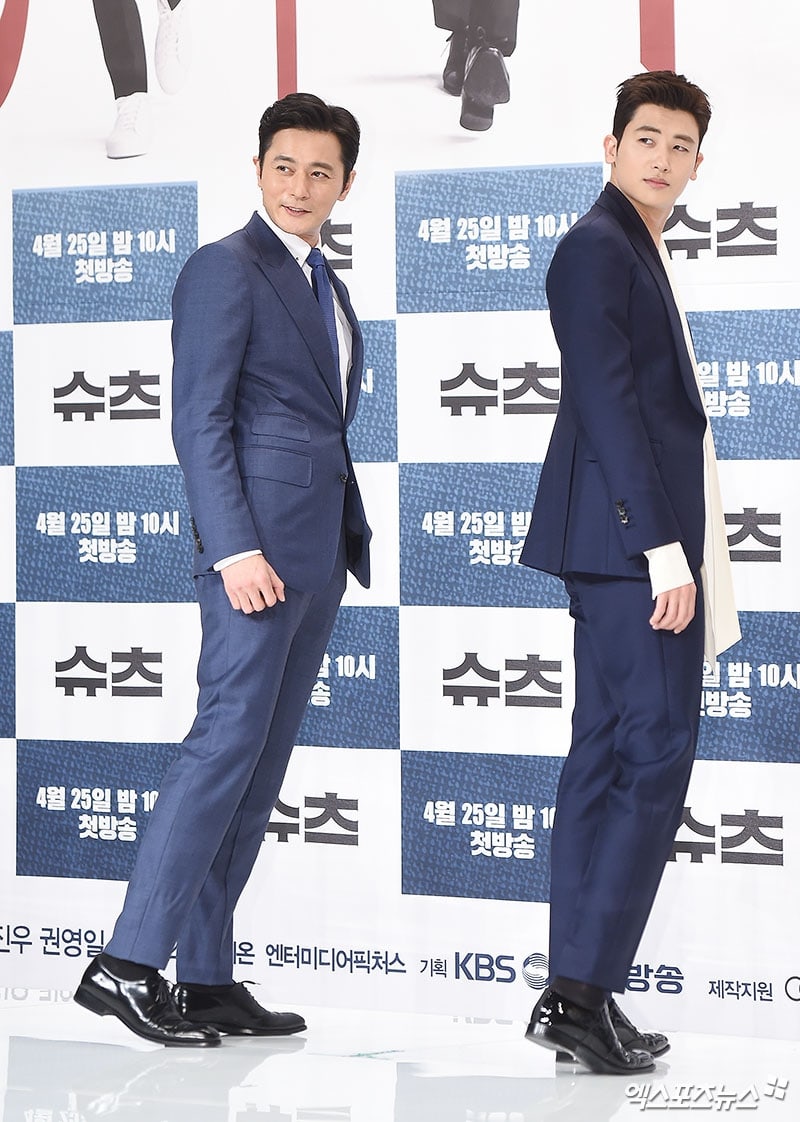 “Suits” will be Jang Dong Gun’s return to TV screens after six years. He’ll play a legendary lawyer named Choi Kang Suk at Korea’s top law firm Kang & Ham. This character has got it all, including skills and charm, and is an all-around cool guy.

Comparing himself to his character, Jang Dong Gun said, “We’re similar in everything [such as] skills, wealth, confidence, and wit, so it wasn’t hard while acting. I’m in the process of adding to my degree of wit. I’m working on it in my everyday life.”

On working with Park Hyung Sik who is 19 years younger than him, he said, “We get along well to the point where I don’t feel the age difference. He could feel uncomfortable because I’m a senior, but that’s not the case. The characters in the drama are always that way. If I’m dissatisfied with something and point it out, his character doesn’t get discouraged and just does it. There’s a part of him that’s like that in real life.” 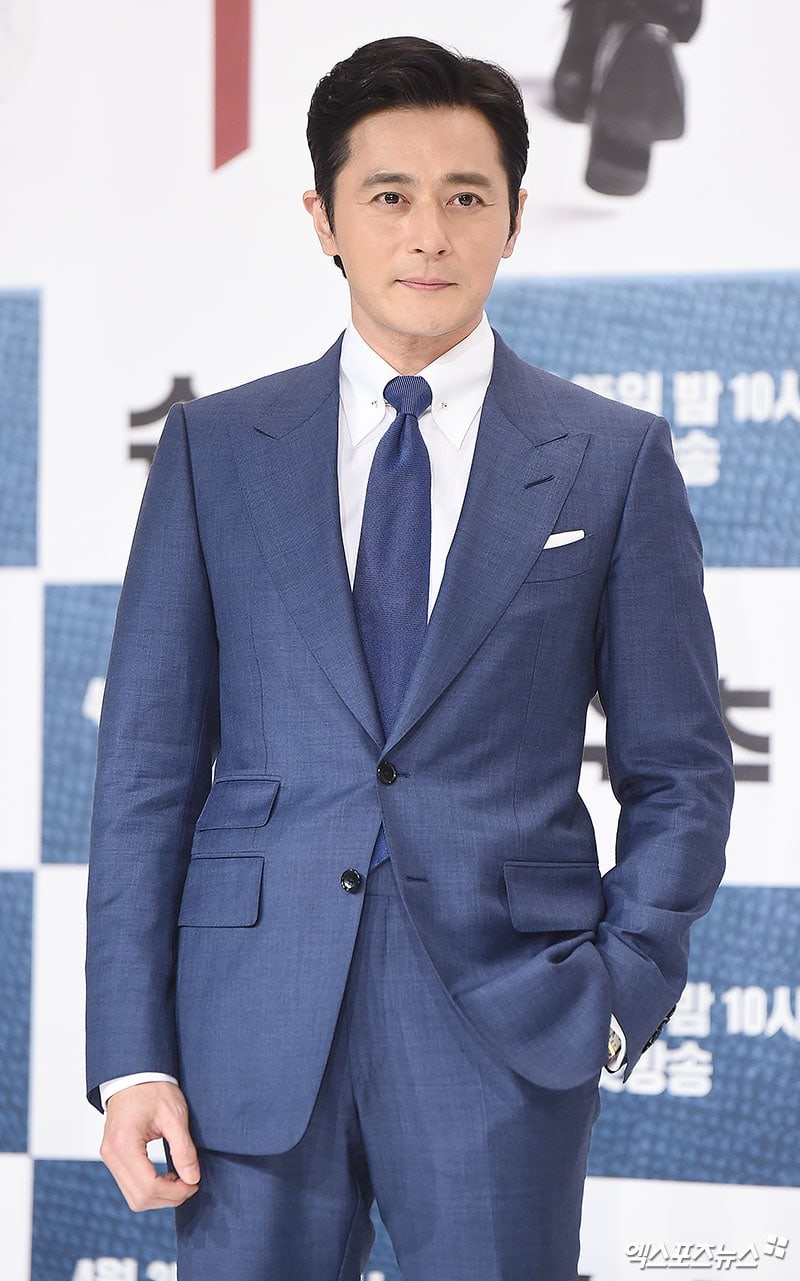 Park Hyung Sik plays the character Go Yeon Woo, a genius who has a photographic memory and a great ability to empathize with others. He said, “When I first received the script and saw the difficult lines, I worried if I could do a good job. However, after I watched the original series, I was drawn to the unique, refreshing bromance, so I decided to appear in it.”

He revealed that working with Jang Dong Gun was also a factor that made him want to chose the role. Park Hyung Sik added, “At first, it was scary to fist bump him as a greeting, but now I first put out my fist whenever I see him. Even though we have a 19-year-age difference, I’m comfortable enough with him to call him hyung [older brother]. We don’t stop chatting during the break time.”

This isn’t the first time Jang Dong Gun has appeared in a drama centered around a bromance. Comparing “A Gentleman’s Dignity” to “Suits,” he confidently stated, “I’ll be able to show a bromance not between friends, but between a senior and a junior.” 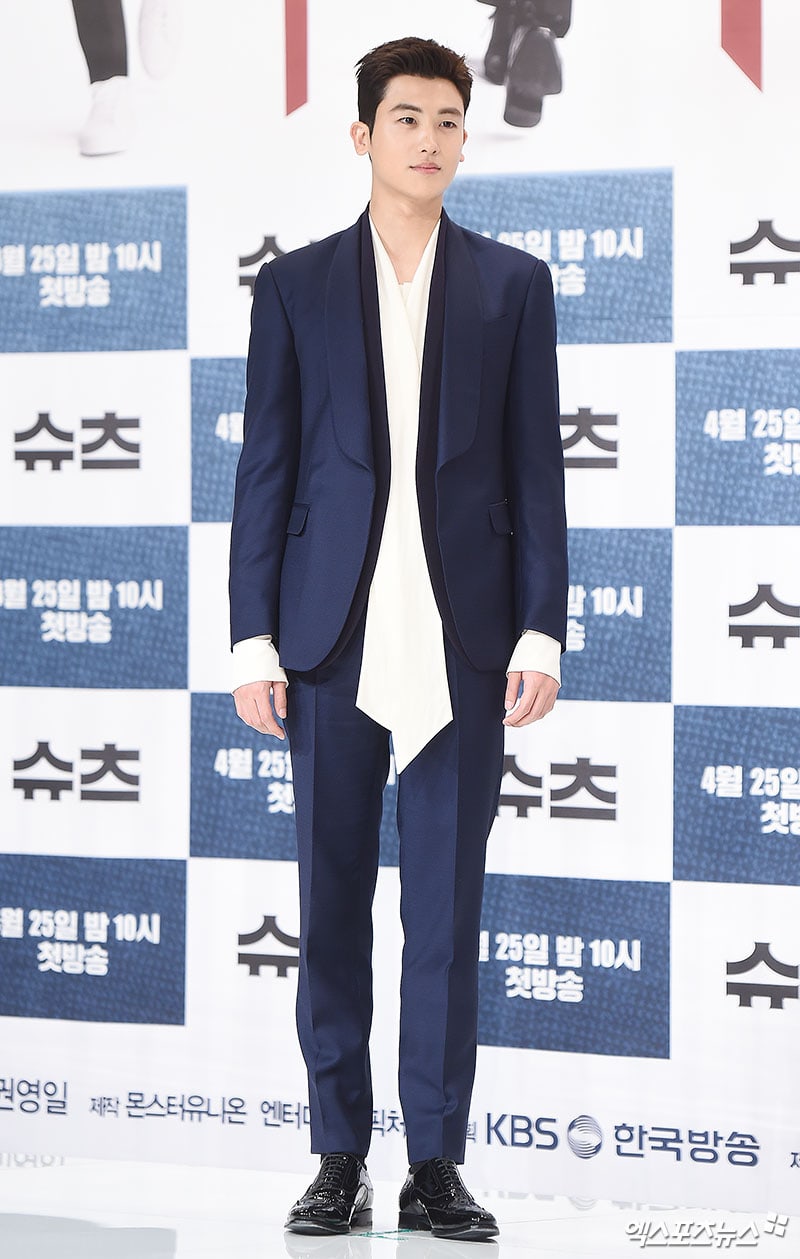 Chae Jung An will appear as the skillful legal secretary Hong Da Ham. Although she bickers with Jang Dong Gun, the pair will show off perfect teamwork.

The actress said, “She may be a secretary, but she’s someone who needs charisma to lead Choi Kang Suk. She seems like a cool modern woman, but actually has a warm heart. I’m working on portraying that part.”

Go Sung Hee will appear as the intelligent paralegal named Kim Ji Na. She is excellent at her job and is knowledgable. She described her paralegal role as “someone who helps the lawyers with legal knowledge.” She added, “My character is someone who gets angry a lot, so I thought about how to get angry in a fun way.”

Jin Hee Kyung appears as Kang Ha Yeon, who is a partner and senior attorney at Kang & Ham. As a head of the firm, she’s a character who is able to lead the other characters who all have strong personalities.

She said, “I like that all of the other actors are cool. Jang Dong Gun leads the atmosphere and Park Hyung Sik creates a fun atmosphere.” 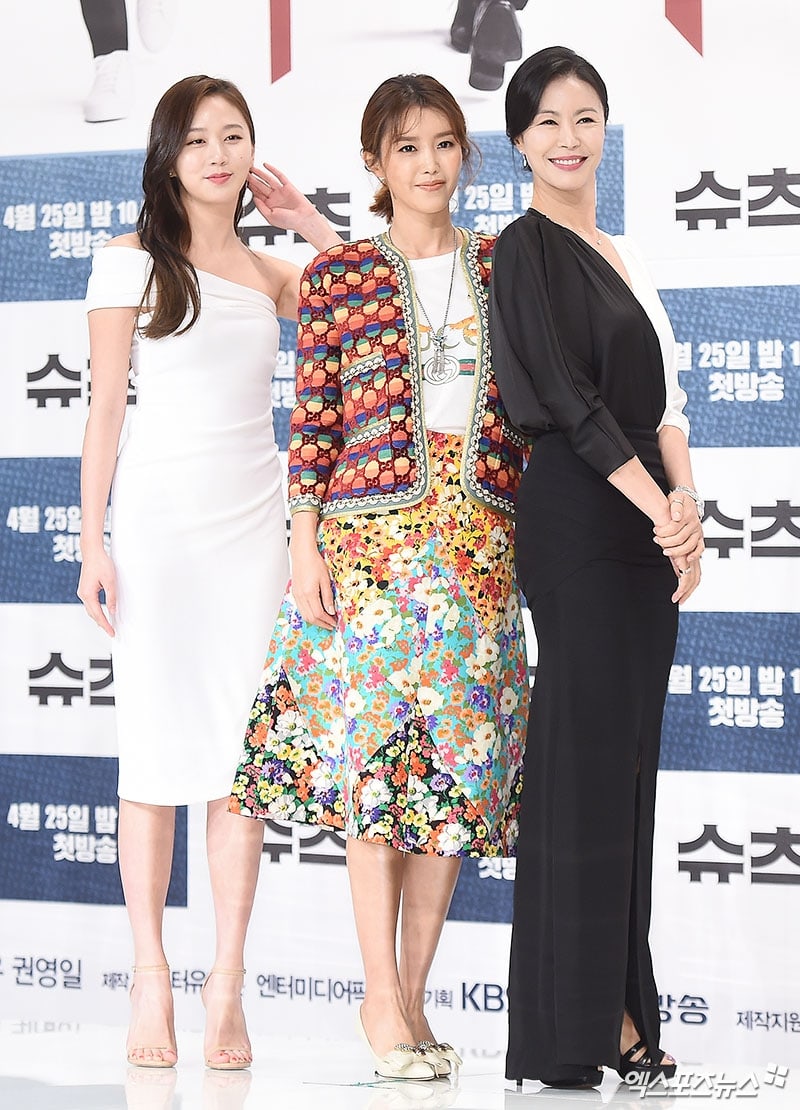 Choi Gwi Hwa plays lawyer Chae Geun Sik who tries hard to beat Choi Kang Suk, but loses every time. Up until now, the actor has portrayed strong characters such as gangsters.

He said, “He’s highly educated compared to characters I’ve played in the past. I don’t think it’ll be hard if I follow what’s written on the script. He’s someone that’s ordinary amongst geniuses. I gained 13 kilograms [approximately 28.7 pounds] for this role. My body isn’t the type to gain weight easily, so it was difficult and nauseating. In the end, I’m glad that I gained the weight and think it helped me while acting.”

Jang Dong Gun concluded, “I don’t know a lot about viewership ratings because I’m lacking a sense of the reality these days. They say that it’s a good start if the first episode reaches 8 percent. They say that it’s difficult to surpass 20 percent, so if we surpass 15 percent, then I’ll appear in a second season.”

“Suits” will premiere on April 25 at 10 p.m. KST. In the meantime, check out its teasers here and here! 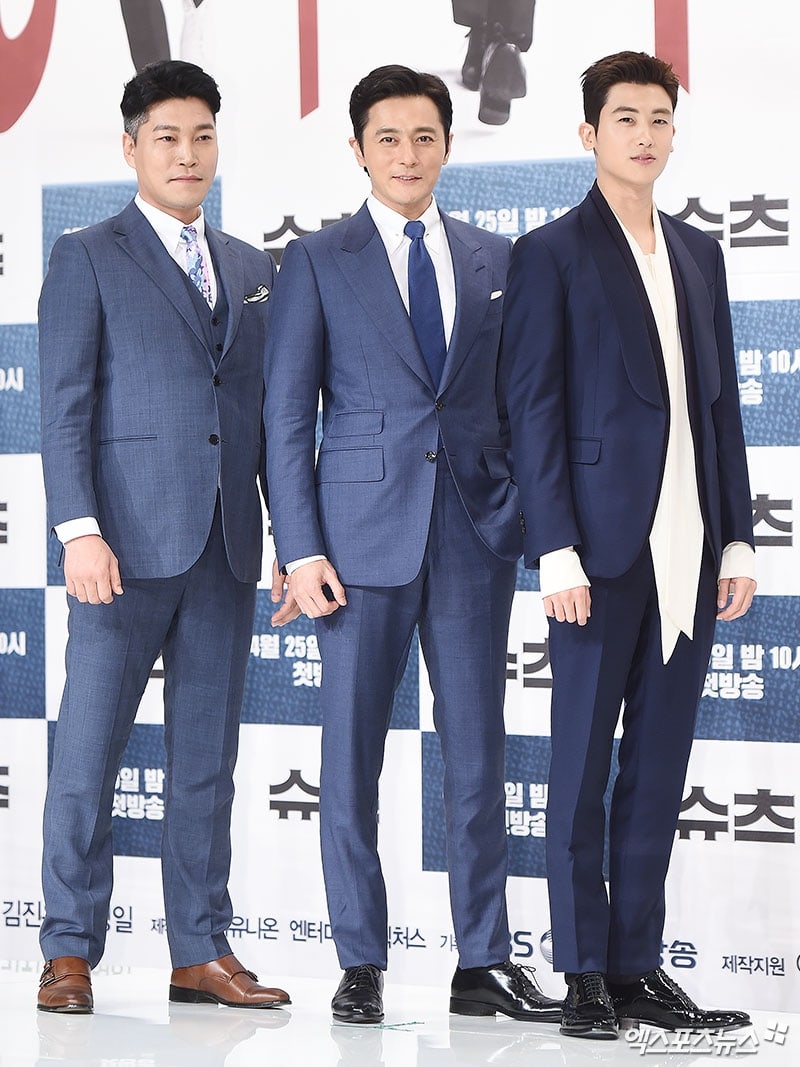