The cast of SBS’s “Your Honor” is working hard on and off-camera for their drama.

As the drama enters its second half, the storyline has become even more exciting as the relationships between the characters began to change. Despite the heat, the cast and crew are full of laughter on set thanks to their viewers’ support.

On September 2, the drama released behind-the-scenes photos of Yoon Shi Yoon, Lee Yoo Young, and Park Byung Eun on set. Just from the photos alone, viewers can feel the joyful atmosphere of the cast and their passion towards acting.

The three actors are focused on studying the script in between takes at various locations including the hospital, court, and law firm office.

As “Your Honor” tells a fun yet serious story with also a strong, emotional message, it could be a difficult drama for actors. However, the leads have transformed into their characters and have shown perfect acting as a result of their strong focus and passion.

The cast has great teamwork, being all smiles through the heat and passionately discussing their drama and scenes together. 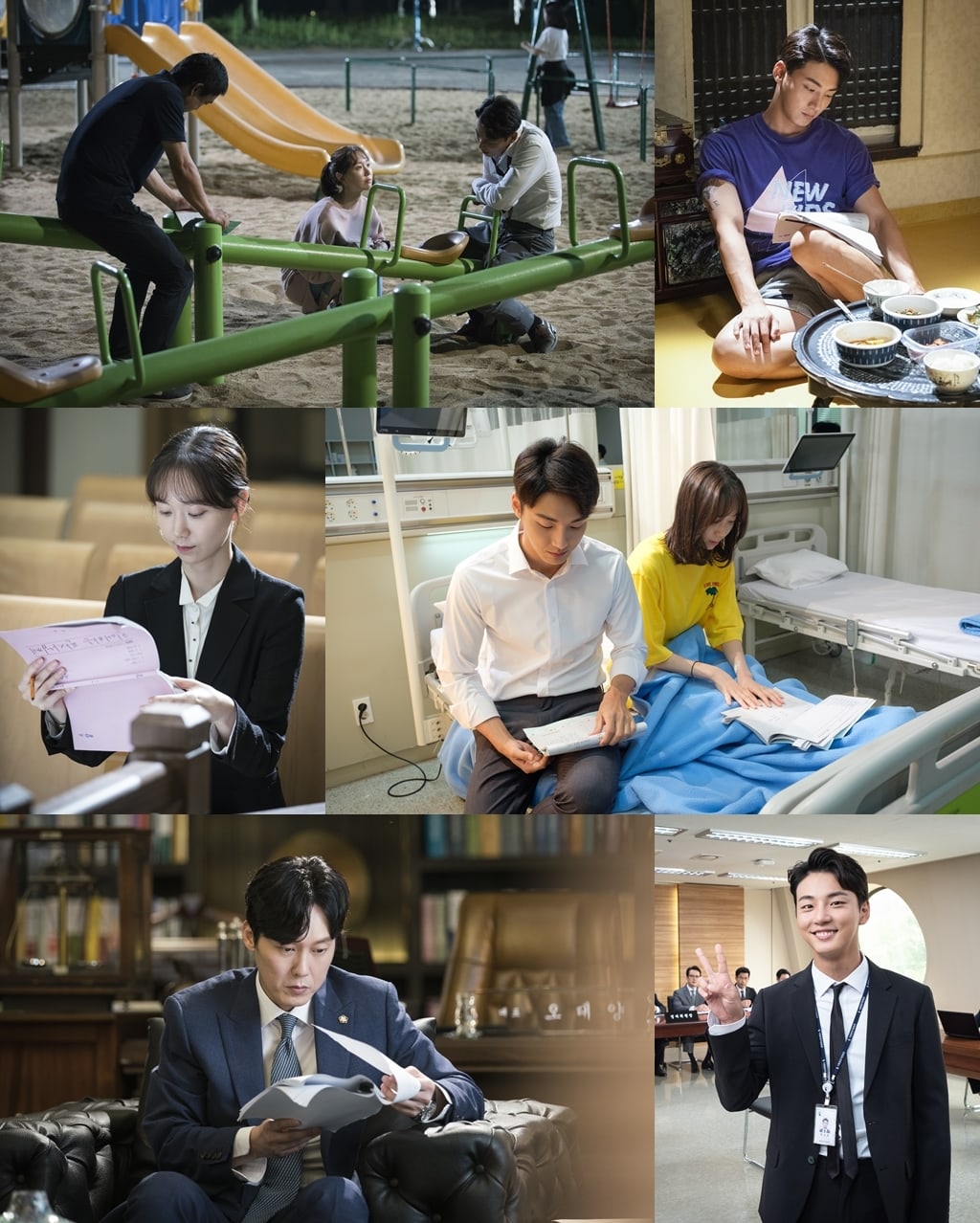 The drama’s production team commented, “It’s a drama that has a definite message. As the cast and crew are aware of this, they are approaching it with passion. Since we have the same mindsets, our teamwork is also great. With our good teamwork and passion, we’ll try our best to show you a better drama. We ask for the warm love and anticipation of the viewers.”

“Your Honor” airs on Wednesdays and Thursdays at 10 p.m. Check out the latest episode below!