Photos of f(x)’s Luna on the set of OnStyle’s “Get It Beauty” have been released, showing the main vocalist as she prepares to make her debut as one of the show’s official MCs. The other MCs, Honey Lee, Kim Jung Min and Hwang Min Young welcomed and congratulated Luna on her debut as an MC, acknowledging the energy she brings to the role. You can see proof of Luna’s infectious vitality in these onset photos: 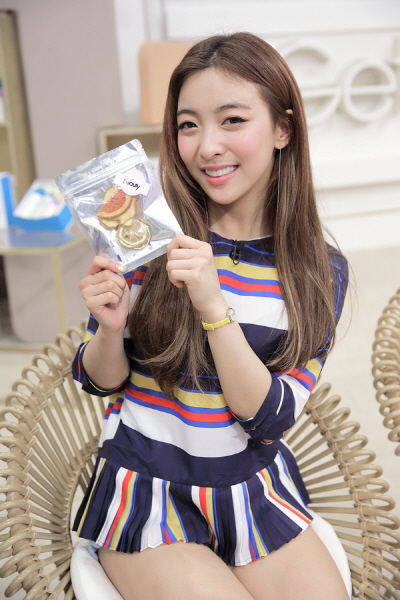 During the recording she expressed her high ambitions for her new role, saying: “It’s the first day I’m greeting you as Get It Beauty’s MC. I will work hard to show you all I’ve got.” Luna enthusiastically played her part as new MC and infused the set with her liveliness, even causing her fellow hosts to burst into laughter as she showed off her aegyo!

On choosing Luna as the new MC, a “Get It Beauty” producer explained: “As a beauty idol, Luna is well-equipped both in theory and in practice. Through consistently managing her diet she has been successful and there is a lot of curiosity about her everyday beauty routine and her extensive beauty knowledge, which is a big strength of hers. We’re certain that as our youngest MC, Luna is a vital addition to our team.”