It all started with this one tweet where a Korean netizen claimed, “Cate Blanchett‘s foreign fan accounts are suddenly grabbing ahold of Kim Seo Hyung and crying. It’s hilarious.”

While Kim Seo Hyung rose to prominence with her role as the teacher on SKY Castle, she’s been making waves again with her latest K-Drama, Mine. Her serious girl crush vibes are the talk of town, and it looks like foreign fans can’t get enough!

Perhaps the reason why Cate Blanchett’s fans are so into Kim Seo Hyung, is because of how similar they look in terms of vibes. Their tastes are certainly consistent, as @KimBob0807 puts it!

With the original tweet going viral, it did not come as a surprise that international fans of Cate Blanchett caught wind of it too. 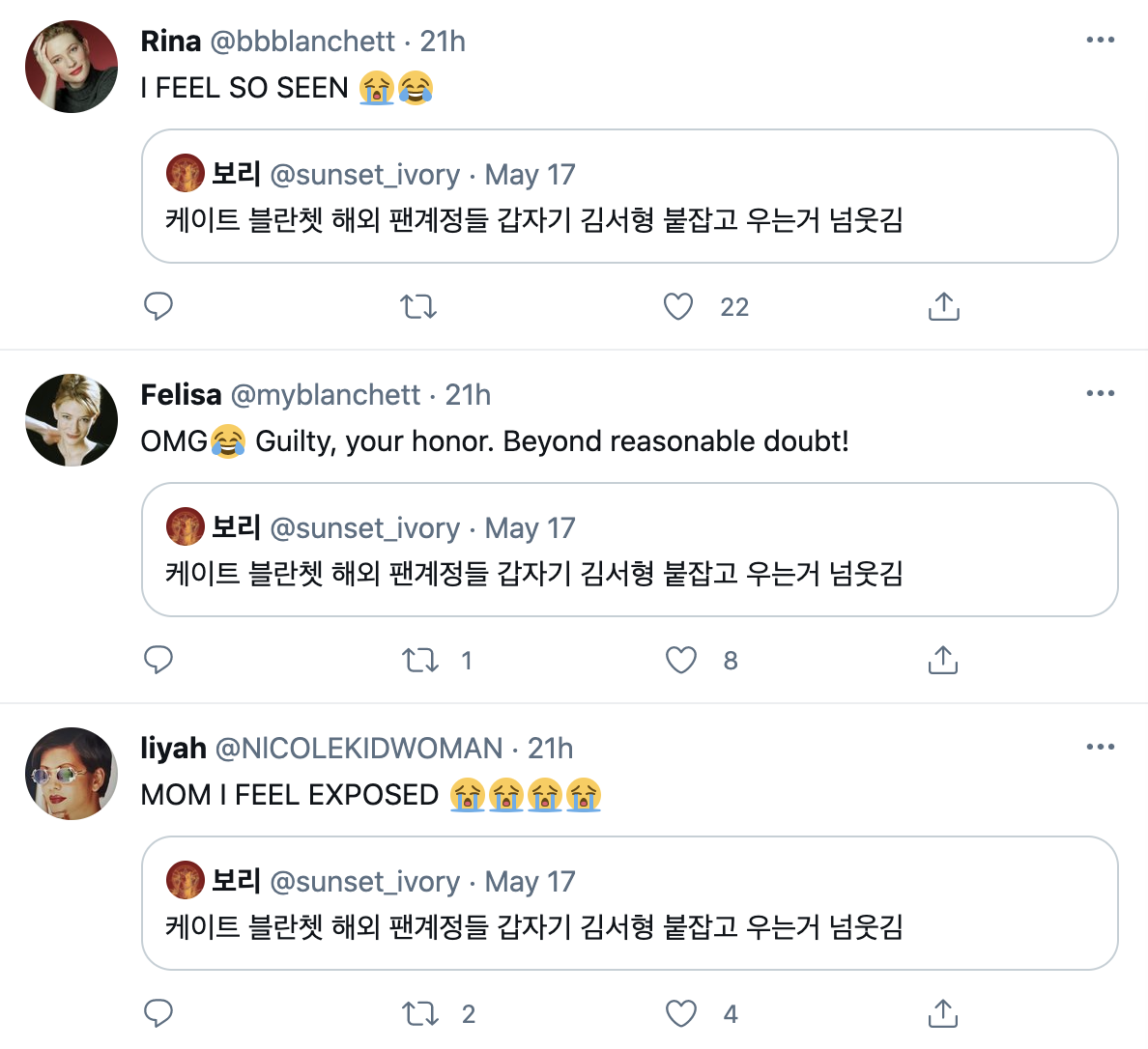 Korean fans are loving all the QRTs! Here are a few funny comments posted.

Ah, this is so funny. They are posting Kim Seo Hyung’s pictures and crying for help. But I have to agree.

This one calls Kim Seo Hyung the Korean Cate Blanchett, a.k.a, “K-Ate Blanchett“.

All lesbians have the same feels I guess. Cate and Kim Seo Hyung are just of that type… you know?

This one calls for a Hollywood expansion!

Kim Seo Hyung… I hope you advance into Hollywood like this.

We can’t deny the two are practically soul sisters with their strong gazes and independent fierceness!