tvN’s newest Saturday-Sunday drama “Hwayugi” has viewers in anticipation as it boasts of a unique storyline, star-studded cast, and experienced writers and director. New stills of Cha Seung Won have been released, giving viewers a taste of what they can expect from this romantic-fantasy drama.

“Hwayugi” is a reinterpretation of the classic Chinese novel “Journey to the West.” In the new stills, Cha Seung Won transformed into a “gentle monster” named Woo Hwi Chul. In the human world, Woo Hwi Chul is a successful CEO of Korea’s largest entertainment agency. He is more famous than the celebrities he houses and this fancy mint-colored suit is just another casual outfit in a day in the life of Woo Hwi Chul.

However, in the heavens, he plays the character Woo Ma Wang, or Devil Woo. He can be seen in the middle of the woods, wearing the “devil’s hat,” dressed in a blue velvet tuxedo, and holding a large umbrella.

Cha Seung Won reportedly awed the staff during filming for his smooth transition between the two characters and ability to pull off the outfits and characters with his experience as a veteran actor and former model.

Cha Seung Won said, “I am happy I was able to reunite with writers Hong Jung Eun, Hong Mi Ra, and director Park Hong Kyun. As soon as I read the script, I fell into the character of Woo Ma Wang. I think of him as an appealing character.” 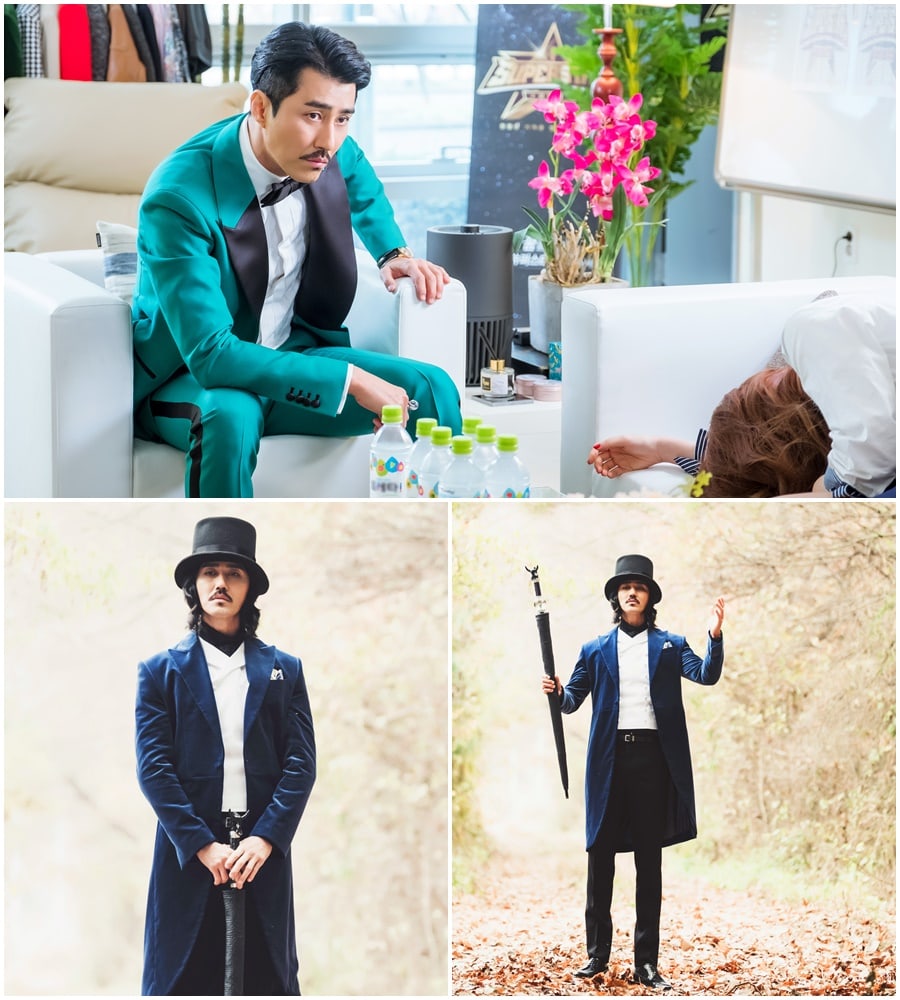 The actor continued, “Since I reunited with the writers and director for this drama, we will show you great chemistry like we did on ‘The Greatest Love.’ I will work hard not to disappoint the viewers and to create a fun and touching ‘Hwayugi.’ Please look forward to it.”

This will be Cha Seung Won’s second time working with the Hong Sisters and director. They previously worked together on the popular drama “The Greatest Love” which achieved high viewership ratings back in 2011.

A source from the drama stated, “Cha Seung Won will show a whole new character from the ones he has shown in the past through Woo Ma Wang. I think Cha Seung Won is the only one who can pull off the complex and three-dimensional character of Woo Ma Wang. Please look forward to Cha Seung Won as he tells the romance, exorcist-story of ‘Hwayugi.’”

“Hwayugi” will premiere on Saturday, December 23 at 9 p.m. KST. Watch the trailer below!