On the April 11 episode of JTBC’s “Carefree Travelers,” Cha Tae Hyun and the show’s members depart for a package tour to Laos.

Cha Tae Hyun filmed himself at home packing in preparation for the trip. As it was his first time traveling on a package tour, he expressed on camera his confusion about what he needed to take with him. At this time, Cha Tae Hyun’s three children—Soo Chan, Tae Eun, and Soo Jin—made surprise appearances on camera. 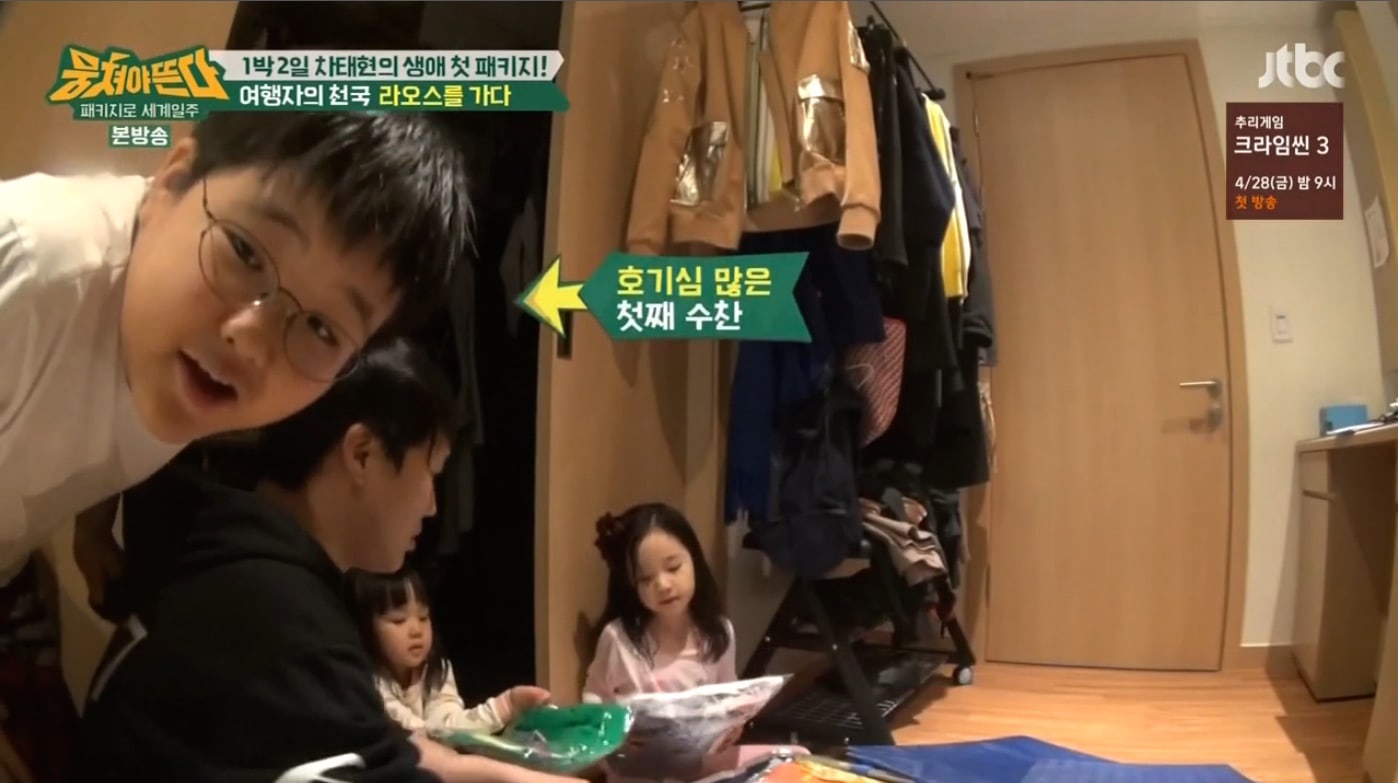 Cha Tae Hyun explained to his children that he would be leaving for work the next day and would not return until Sunday. Tae Eun—his second child (and oldest daughter)—replied, “Why? That’s too many days without seeing you. I want to play with daddy.” She also asked, “If I wake up late tomorrow, will you still be here?” Cha Tae Hyun affectionately reassured her that he would still see her the next morning before he left.

Still, Tae Eun’s concerns did not end there. She adorably warned her father, “Daddy, don’t die or get hurt there. If you are eaten by a crocodile, we will become beggars,” causing much laughter.

Let’s all say it together now, “awwwww.” Did Tae Eun’s worry for her father warm your heart, give you the giggles, or both?!