Na Wang Shik / Chun Woo Bin became part of the imperial family for the sole purpose of revenge. Even with only three months to live his life, the character does everything in his power to achieve his goal of destroying the imperial family.

In the latest episode, Chun Woo Bin confessed to Emperor Lee Hyuk (played by Shin Sung Rok) that he is Na Wang Shik. When Emperor Lee Hyuk held up a gun at him, Chun Woo Bin did the same, saying, “That’s right! The son of Baek Do Hee that you killed, Na Wang Shik, that’s me! Lee Hyuk, you murderer! Die!” The episode ended with the two men reciprocally at gunpoint and raised expectations for the upcoming episode.

In the February 13 broadcast, Choi Jin Hyuk will showcase his fighting skills. As seen in the new images, Na Wang Shik uses his bare hands to conquer his attackers. 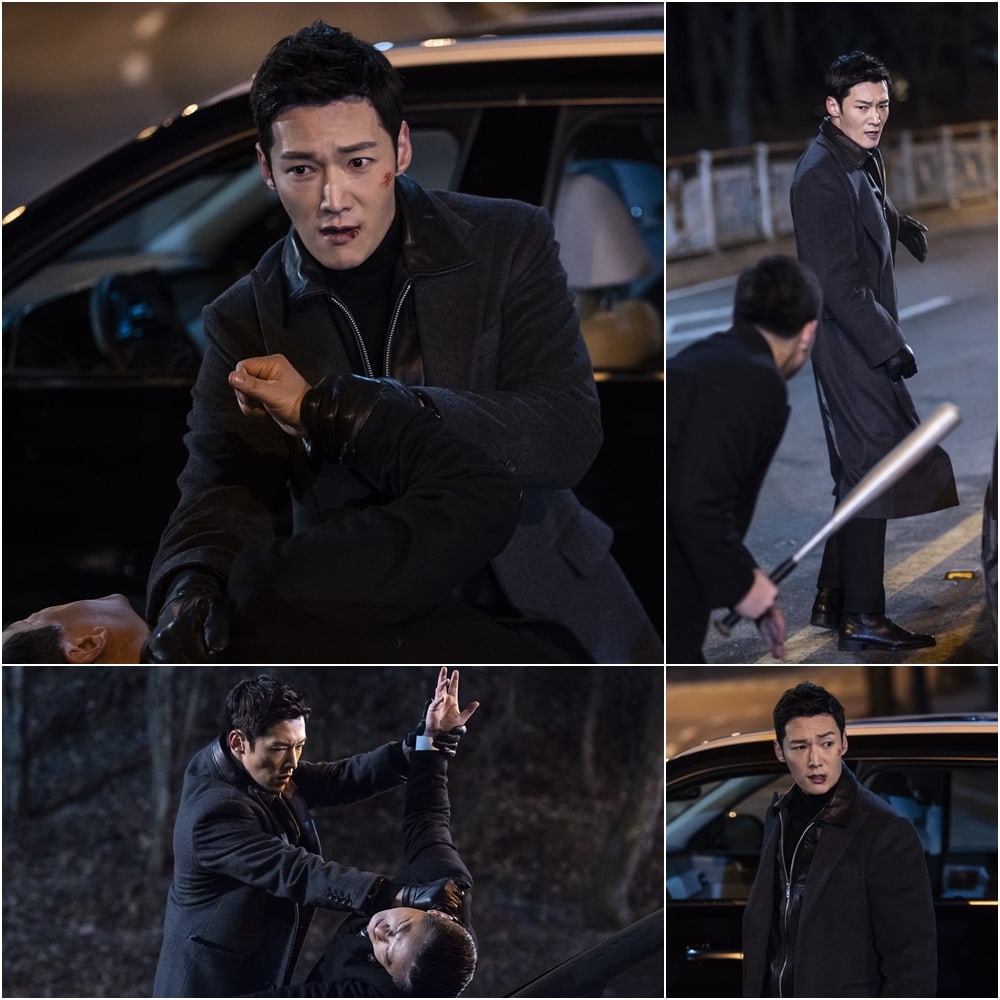 The producers of the show stated, “With Na Wang Shik revealing his identity, the drama is at a situation that cannot be predicted. Please look forward to seeing how Choi Jin Hyuk will carry out the revenge Na Wang Shik has been picturing all his life and how he will pull off the action scenes.”

The upcoming episode of “The Last Empress” will air on February 13 at 10 p.m. KST. Watch the latest episode below as you wait!