Yoon Kyun Sang and Kim Yoo Jung are the sweetest couple in the official poster for their upcoming drama “Clean With Passion for Now.”

“Clean With Passion for Now” is a healing romance about Jang Seon Kyul (played by Yoon Kyun Sang), the CEO of a cleaning company who values cleaning over his life, and Gil Oh Sol (played by Kim Yoo Jung), a passionate job seeker who values her life over cleaning. The drama is based on a popular webtoon of the same name.

In the official poster, Yoon Kyun Sang and Kim Yoo Jung are an adorable couple. Yoon Kyun Sang kisses a smiling Kim Yoo Jung on the cheek, who is perched on top of a laundry machine. The bright poster exudes sweetness with bright bubbles floating in the air. The caption reads, “An adorable germ has found the cleaning-obsessed germ-free man.” 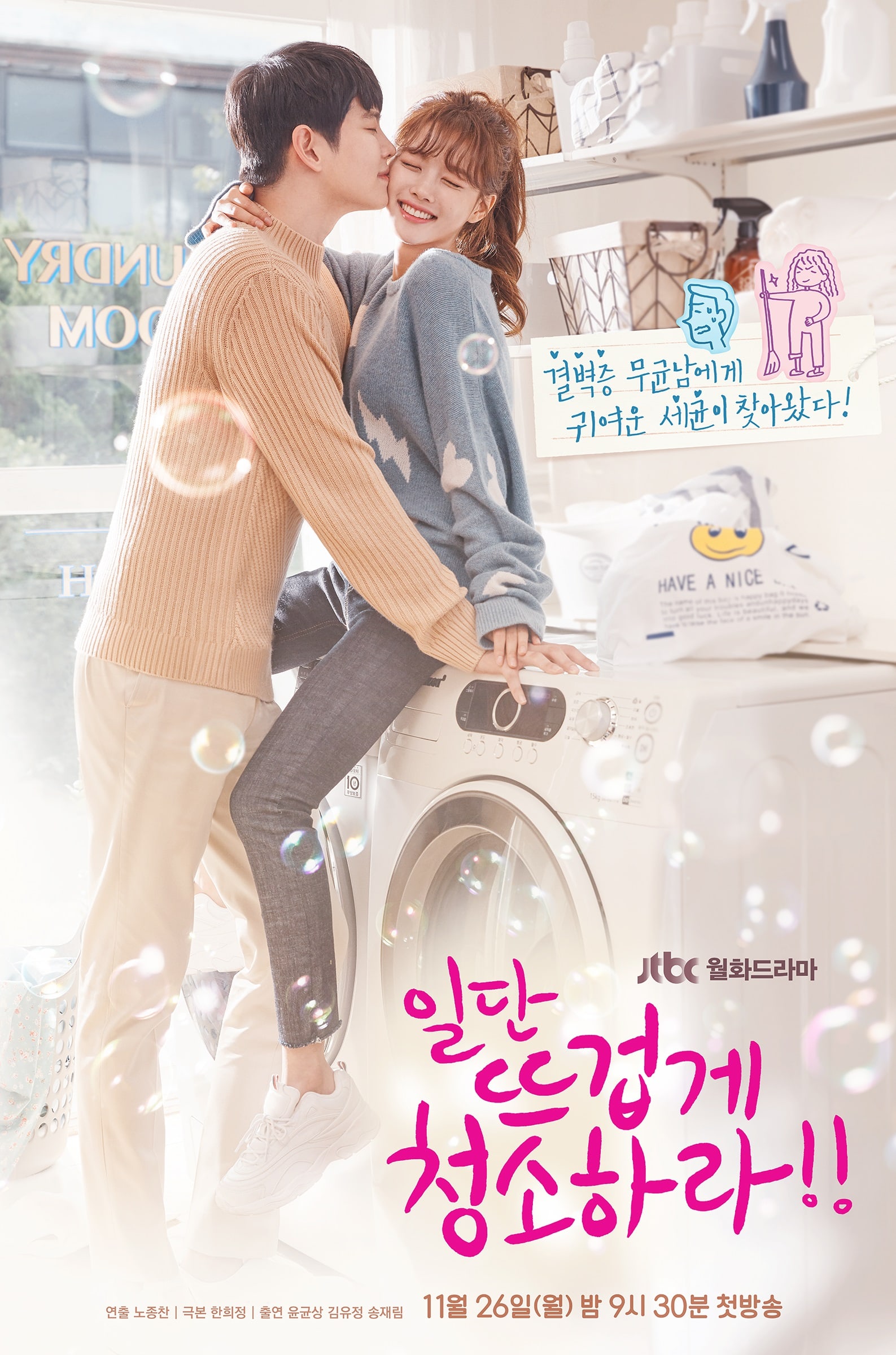 Yoon Kyun Sang’s character is Jang Seon Kyul, the CEO of cleaning company “Cleaning Fairy.” With good looks and a sexy brain, the germaphobe has found that cleaning is not only his calling in life, but also a noble deed.

Kim Yoo Jung will be playing job seeker Gil Oh Sol, who takes on every part-time job possible as she seeks employment. Surrounded by the difficulties of reality, she has found dating, as well as cleaning, a luxury she cannot afford, preferring to always wear her trademark tracksuit.

The drama will be Yoon Kyun Sang’s first romantic comedy, as well as Kim Yoo Jung’s first drama comeback in two years. It will air its first episode on November 26, after the conclusion of “The Beauty Inside.”