Consultant Judge For “Judge Vs. Judge” Has Nothing But Praise For Park Eun Bin And Yeon Woo Jin

The judge whom the production staff of “Judge vs. Judge” has been consulting in making the drama had nothing but praise for Yeon Woo Jin and Park Eun Bin.

SBS’s “Judge vs. Judge” is being praised for its originality as it puts the spotlight on judges instead of prosecutors and lawyers, who are commonly portrayed as the leading characters in courtroom dramas.

Judge Oh is a working judge as well as the consultant judge for the drama. He has been helping the production staff by providing real-life information about legal procedures and sharing his knowledge about the legal system, including provisions and judicial precedents.

Judge Oh revealed that he was surprised by the writer’s detailed research regarding the judicial system. “Thanks to the writer’s efforts, the lines said by the actors playing judges in the drama and the judicial procedures within each episode quite accurately reflect the actual reality of the legal industry,” he said. “‘Judge vs. Judge’ is inarguably a great judge drama.”

The judge went on to talk about Park Eun Bin and Yeon Woo Jin, who take on the roles of judges in the drama. He began, “Real judges consider both an argument and the repercussions that follow simultaneously. So every judge, no matter their experience or rank, tends to communicate in serious, reserved expressions.”

He then praised Park Eun Bin and Yeon Woo Jin for their attitude towards their roles. According to Judge Oh, their passionate debates and efforts to make the right decision with caution in the drama are so good that young associate judges and law clerks had something to learn from them. “I fully support the calm, serious attitude of Yeon Woo Jin and the vigorous efforts of Park Eun Bin,” he added. 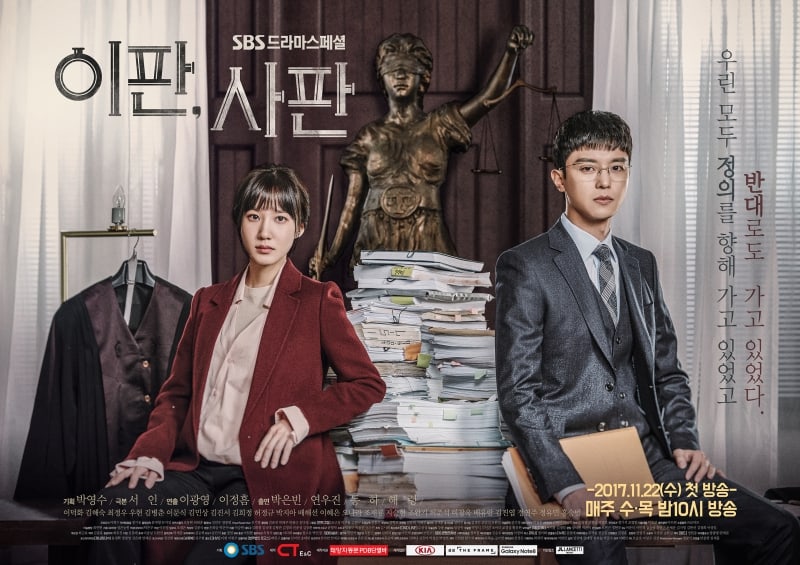 Judge Oh even said that as he watched “Judge vs. Judge,” he wanted to sit at a trial with Yeon Woo Jin and Park Eun Bin. He said, “It made me think that if there was a time machine, I’d like to go back to being a young judge like Yeon Woo Jin and engage in a fierce debate with Park Eun Bin.”

One thing Judge Oh asked for was consistent attention to legal dramas from the broadcasting industry. He expressed his hopes that “Judge vs. Judge” would be an opportunity for the viewers to take interest in the roles that courts and judges have in society. He explained, “If courts like family courts and administrative courts are introduced by seasons and cases like the division of assets and custody modification are introduced by episodes, it may be able to help viewers have a greater understanding of the role of judges and the law, as has been the case for prosecutors and lawyers.”

Judge Oh finally said he wished a lot of people would watch and enjoy “Judge vs. Judge.”

“Judge vs. Judge” airs every Wednesday and Thursday at 10:00 p.m. KST. Catch up by watching the latest episode below!