Since then, the English version has taken No. 2 on the Mexican iTunes Chart, while the “K-Mex” version (Spanish, English, and Korean) sits at No. 4. In addition, the videos for both versions on CD9’s official YouTube channel garnered a total of 200,000 views in 24 hours.

Reportedly, CD9’s member Alan introduced his group to BIGBANG’s “Bang Bang Bang” (which they all loved) and the band reached out to Crayon Pop to collaborate together. 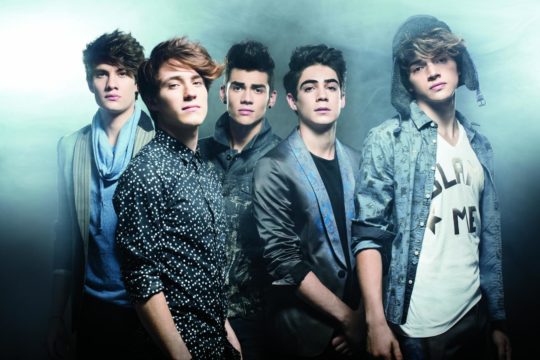 CD9 has a huge fan following not only in Mexico, but Chile, Colombia, Peru, Italy, and Spain. Composed of Jos, Alan, Bryan, Freddy, and Alonso and formed in 2013, the boy band has already seen its first studio album go gold and their latest album go platinum.

Crayon Pop shot to fame in 2013 with their viral hit “Bar Bar Bar” and are planning to release their first studio album on September 9.

Listen to the English version below!