Daebak once again shows off an amazing calmness even during a typically stressful situation.

On March 3, Lee Dong Gook and his three youngest children, twins Seol Ah and Soo Ah, and Daebak, head off to their neighborhood hairdresser on “The Return of Superman.”

The main reason for their trip is to cut Daebak’s hair, which has grown considerably longer. Coincidentally, this is also Daebak’s first time getting his hair cut professionally.

At first, Daebak stares at a 7-year-old getting his haircut, when he is put on a chair. He glances at the scissors, but stays still even when they touch his skin. 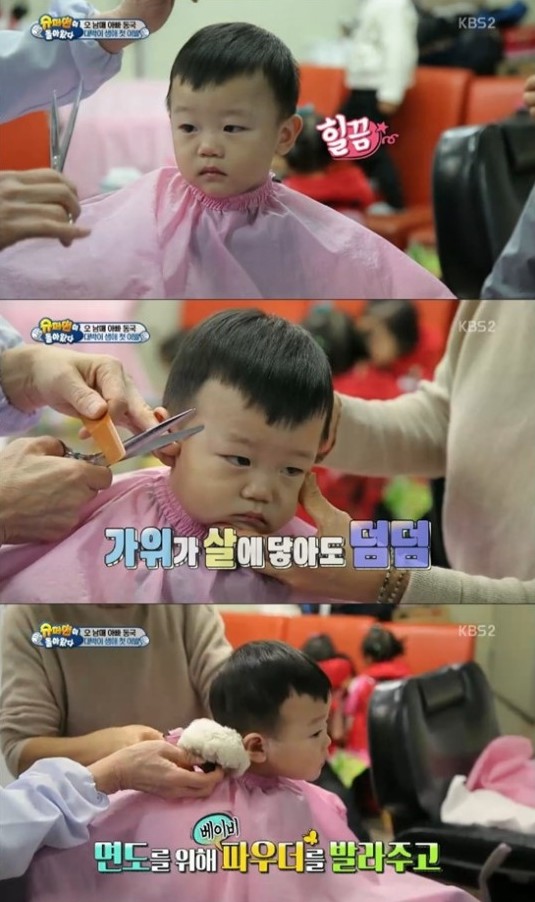 Usually, kids tend to get freaked out during their first professional haircut, and either cry or express frustration. However, Daebak sits there calmly, displaying an unusual amount of maturity for a child his age.

Lee Dong Gook comments, “It’s fascinating. I think you could even go to the army,” expressing his amazement at his own son. Even the hairdresser laughs while saying that Daebak “has a lot of patience.”

Watch the latest episode of “The Return of Superman below!