Xiumin received lots of love as one of the original members of the show during the pilot episodes, and he was confirmed to be a part of the regular cast. Unfortunately, he couldn’t join the other members on their previous vacation, due to his preparations for EXO-CBX’s comeback.

Amid his busy schedule that required him to travel back and forth between Korea and Japan, Xiumin is said to have devoted his three-day vacation fully to the show by going on a joint trip with other cast members.

The production staff of “It’s Dangerous Beyond the Blankets” decided to share Xiumin’s interview through the upcoming episode of the show for his fans who have waited for his appearance. The interview includes details about Xiumin’s recent life and interests as well as the story behind the lyrics “It’s dangerous beyond the blankets” in EXO-CBX’s new song “Monday Blues.” 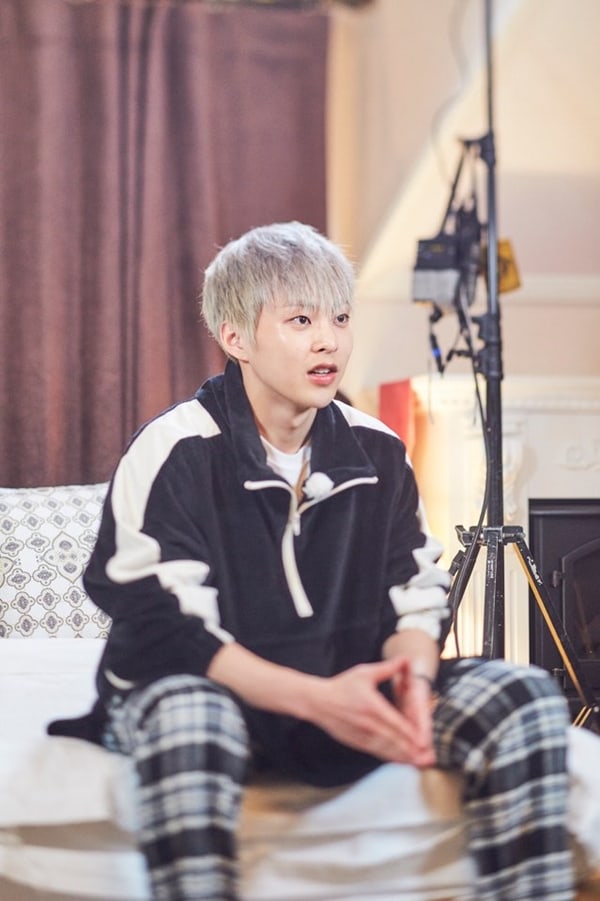 Before the episode airs, “It’s Dangerous Beyond the Blanket” released a teaser clip of the interview.

The video clip begins with Xiumin talking about how his daily life hasn’t changed much. “Homebodies are all the same wherever they go,” he says. He goes on to reveal that even when he goes abroad, he just stays in the hotel and spends his free time working out on a treadmill. “I think one difference is that I’ve begun playing video games,” he adds.

When asked if he still enjoys drinking alone, Xiumin replies jokingly that other members of EXO are avoiding him. “Of course I do know why they don’t want to drink with me,” he says. “I talk a lot. I repeat what I said over and over. I talk about something else and then come back to what I’ve said before. I only realized this recently though.” 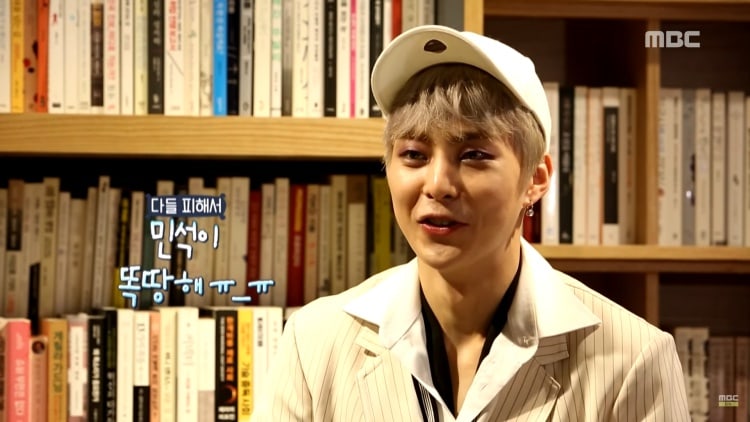 Xiumin goes on to share that one of the things he wanted to try on “It’s Dangerous Beyond the Blankets” is tennis. Although he wanted to learn tennis since two years ago, he couldn’t due to his busy schedule. He says, “I didn’t really have an interest at first, but then I read this manga,” referring to popular Japanese manga “Prince of Tennis.”

Xiumin continues to talk about the manga and its main character, Ryoma Echizen. “I really want to be that main character,” he explains. “I have all the equipment I need. I have everything that’s needed except time.” 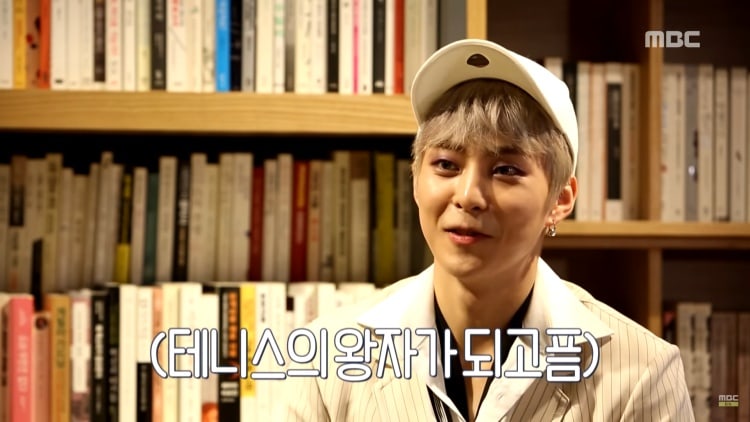 The teaser clip ends with Xiumin saying he’s good at ball games followed by a short, funny video of him playing foot volleyball. “Looking cool, I do all that on stage,” he concludes, hinting at the different side of himself that will be revealed in the upcoming episodes of the show.

Xiumin’s full interview will air on May 10. The staff also confirmed that Xiumin will officially appear on the May 17 episode of the show when the episodes on Jeju Island come to an end. “It’s Dangerous Beyond the Blankets” airs every Thursday night at 11:10 p.m. KST.

Check out the trailer clip below!

Catch up with the latest episode of the show below!