“Sister Is Alive” star Dasom, who plays a “girl crush” detective in the upcoming tvN Monday-Tuesday drama “He Is Psychometric,” talked about how she prepared for the role.

“He Is Psychometric” is about a boy named Ian (played by GOT7’s Jinyoung) who can read someone’s secrets via physical touch, and a girl, Yoon Jae In (played by Shin Ye Eun), who harbors a closely-guarded secret. Dasom’s character, Eun Ji Soo, is a brutally honest, unapologetic detective with a strong drive for justice and a touch of clumsiness.

On her first script read-through, Dasom said, “It was so fun that I couldn’t put it down. It’s a genre piece that also has romance and comedy. It’s got all of the fun elements [of a drama], and that was what drew me in.” 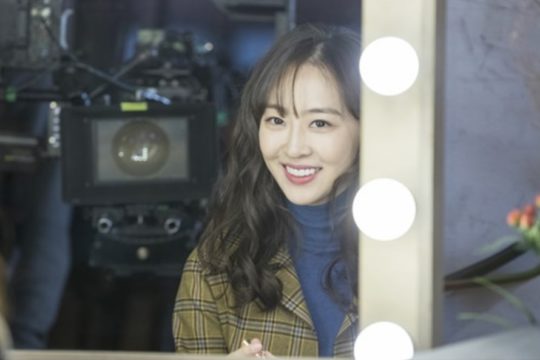 “Seeing the character Eun Ji Soo, I began to imagine myself in the role, and I wanted to have fun with it,” said Dasom, who added that, like her character, she also has a strong sense of justice and is a bit clumsy. “We’re quite alike in that we both strive for perfection and are intolerant of injustice.”

Dasom also interviewed a detective with a similar background to her character in order to get a better perspective into Eun Ji Soo. She said, “I thought it would be difficult to portray my character without knowing anything about how police work, so I did some research on female detectives as well as the structure of police society.”