David Lee McInnis has revealed how he landed his role in the hit drama “Descendants of the Sun.”

On the April 30 broadcast of KBS2TV’s “Entertainment Weekly,” he sits down for an interview to talk about his life as an actor.

When asked about the story behind his casting, the actor shares, “It’s quite funny, actually. I went to help Ha Jung Woo with putting up his art exhibition in Los Angeles. That’s where I met the PD of ‘Descendants of the Sun.’” 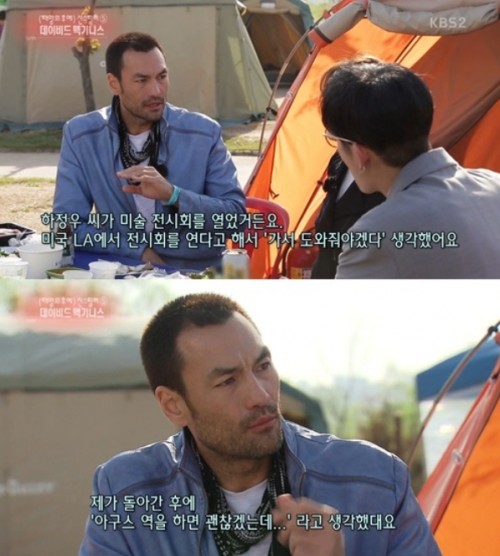 He explains about the lucky coincidence, “[The PD] later told me that after meeting me, he started thinking, ‘He’d be good for the role of Argus.’”

Regarding his aspirations as an actor, he says, “I want to remain as an actor who always make the right choices.”

Here Are The Prettiest Ways To Style Short Hair, As Seen On TWICE