The band made a comeback on December 10 with their new mini album “Remember Us: Youth Part 2,” and held an interview with the press the next day.

Sungjin has been rocking a shaved head since this summer, and this is his first comeback with the look. When asked by a reporter about trying out this hairstyle, Sungjin said, “This is a hairstyle that I always had when I was in school.”

“Before this, my hair was bleached,” he continued. “My hair wasn’t in good condition after bleaching it, and I thought to myself, ‘My hair used to be good back then though’ so I thought I’d better shave it.”

He added, “To fit with our album concept, I added a scratch. The members were surprised.”

Young K confirmed, “We were all so surprised. But I’m envious. When we get our hair and make-up done, he comes an hour later. And when our hair’s done, we have to be careful when we’re lying down so that it doesn’t get messed up. But he doesn’t have to worry about messing his hair up. I’m most envious about that.” 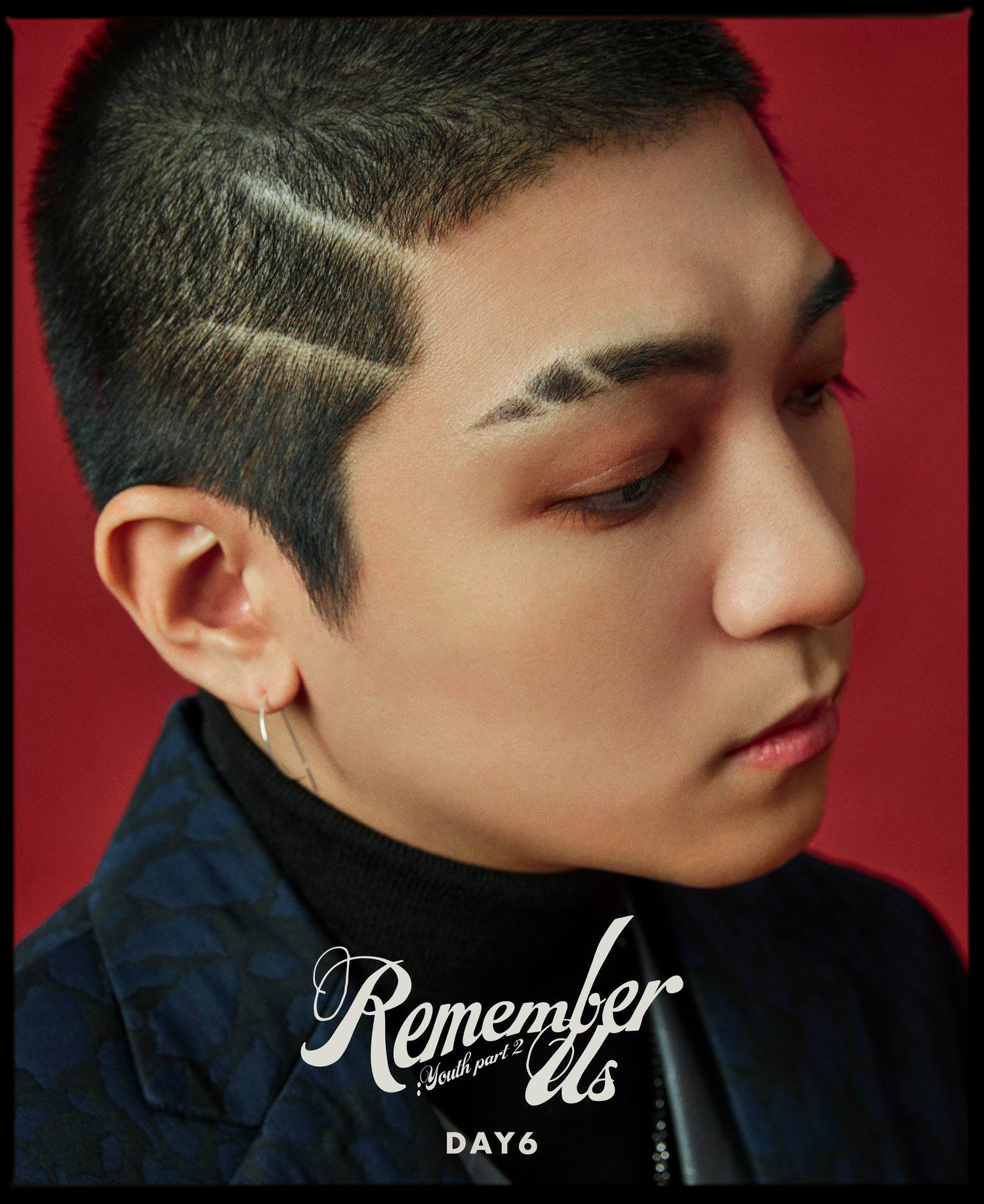