With just one more episode of KBS2’s “Descendants of the Sun,” fans are expressing their wishes for a happy ending for the “Song-Song” couple.

Recently, a fan-edited photo of the popular Yoo Si Jin (played by Song Joong Ki) and Kang Mo Yeon (played by Song Hye Kyo) couple getting married was posted onto internet forum DC Inside, and has been circulating through various social media sites. 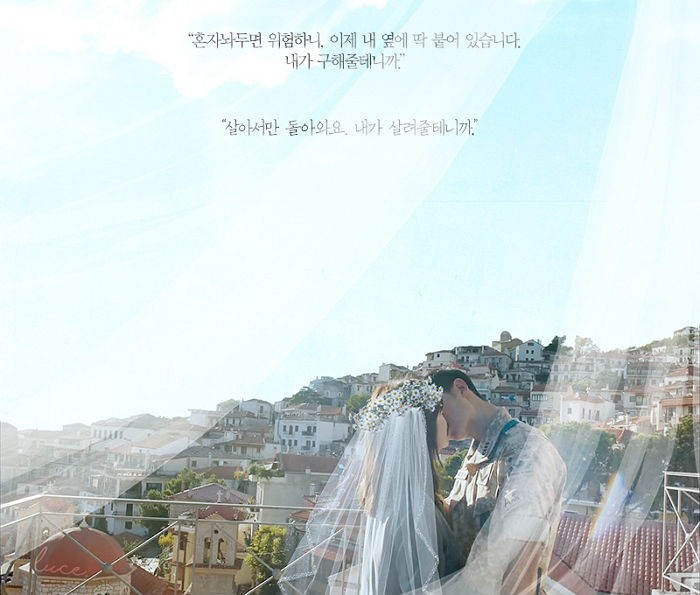 In the picture, Yoo Si Jin gives a kiss to Kang Mo Yeon, who has a wedding veil on. The fan includes captions that say, “It’s dangerous if I leave you alone, so from now on, stay right by my side. I’ll rescue you,” and “Just come back alive. I’ll save you,” suggesting what the two characters might say to each other.

The picture reflects the fan’s earnest hope that the drama will end happily for the two characters.

Other fans showed positive responses to the picture with comments such as “I wish a real wedding scene will be shown” and “I thought it was real.”

Make sure you’re caught up, starting with episode one below, before the final episode and see for yourself if the “Song-Song” couple get their own happily ever after.