Kim Go Eun plays one of the main characters in the movie, which is about a grandmother whose granddaughter returns to her home after twelve years.

The pictorial revolves around vintage and vivid themes, with the actress in one picture posing in front of a backdrop of pink spring flowers. Kim Go Eun pairs a brightly sequined top with dark eyeshadow and gold undertones and deep red lipstick. 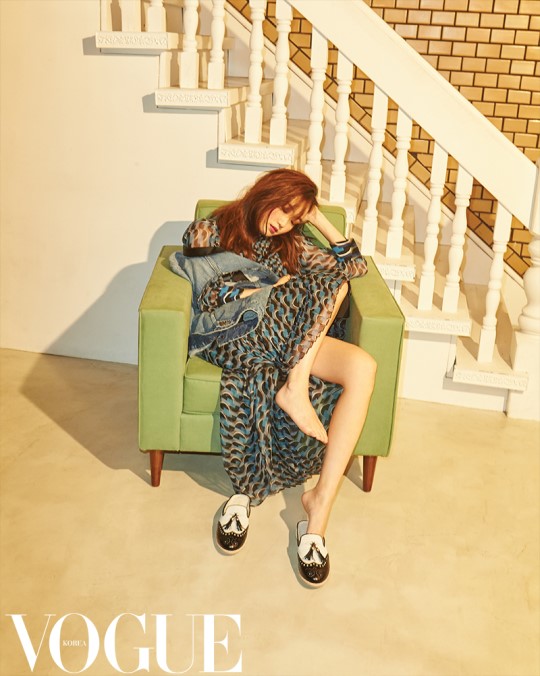 In another picture, she tones down the makeup and plays up the pattern of her dress, a striking highlight against the dull green armchair and brown backdrop.

In the film, her character Hyeji (the granddaughter) receives much love from her grandmother, but is lost and confused among her changed surroundings and the gossip of the small village.

“Grandmother Gye Choon” is set to be released on May 19 in theaters in Korea.