They went to a restaurant in top-class hotel Four Seasons, to discuss their busy schedules over dinner. As an especially high-end location even among five-star hotels, the security is very tight and many world-class celebrities visit often.

Although the two co-stars attracted a great deal of attention while having dinner, local representatives and hotel security helped them enjoy dinner quietly without any photo-taking or requests for autographs.

However, as they were about to finish their meal, a middle-aged man surprised everyone after getting close to where the Song-Song couple were sitting and suddenly started taking photos in close range. After the hotel security guard stopped the man, it turned out he was a local newspaper journalist who got close to the couple while in disguise.

According to a media source, all of the photos of Song Joong Ki and Song Hye Kyo were deleted from the journalist’s phone, but a photo ended up being posted on the newspaper the very next day. Local media said the journalist must have sent the photo right after taking it or recovered it somehow. 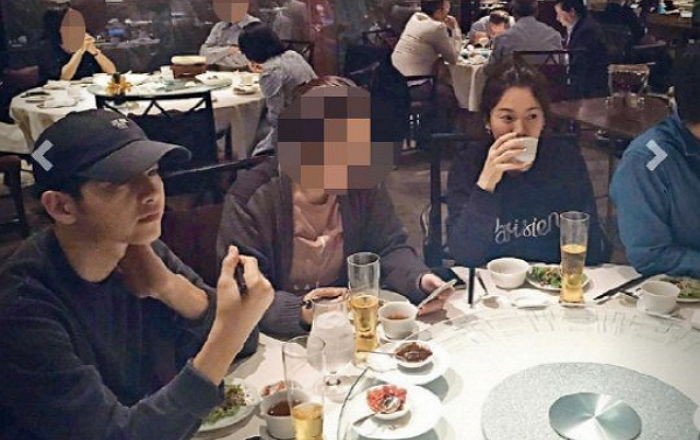 Meanwhile, Song Joong Ki and Song Hye Kyo’s popularity is such that it is becoming difficult for them to attend events without heavy security.

Watch “Descendants of the Sun” on Viki below: