Dispatch has accused broadcast personality Ham So Won of using her fans to try to pressure reporters to take down any negative articles about her in a private chat room. 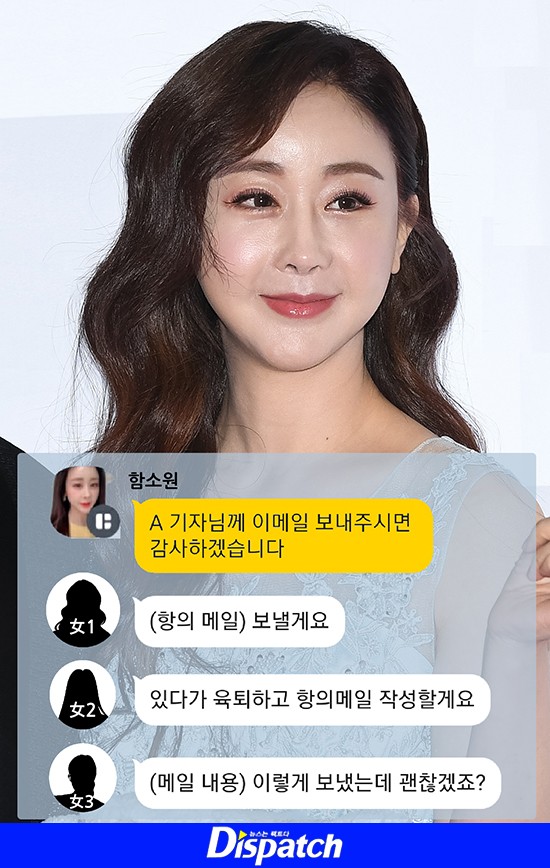 Ham So Won has been in the spotlight recently for her and her husband Jin Hua‘s personal lives. They have been accused of faking Jin Hua’s riches and background, and even accused of faking Jin Hua’s entire identity. While Taste of Wife abruptly concluded their season due to the scandals, Ham So Won was hard at work behind the scenes, trying to take down any negative articles about her.

In a secret chat room created by Ham So Won for her long-time, elite fans, she would send messages asking these elite fans to contact reporters who create negative articles or to report the articles and writers. Dispatch was able to obtain chat logs from the chat room, as one of the members submitted them to the media outlet. 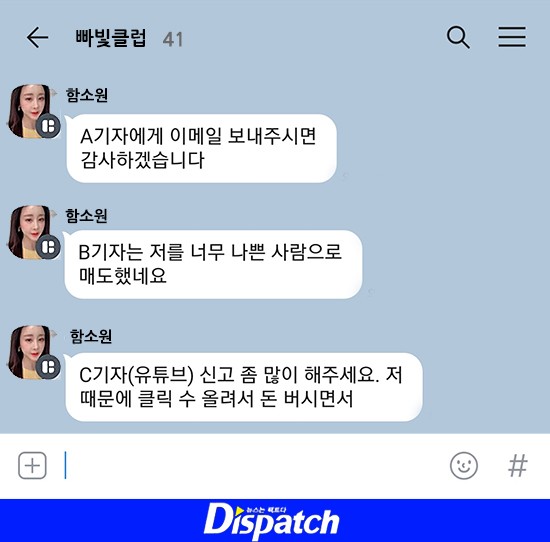 Ham So Won: I would be thankful if you all would send an email to reporter A.

Ham So Won: Reporter B is making me look like such a bad person.

Ham So Won: Please report reporter/Youtuber C a lot. He’s getting a lot of clicks and money because of me.

Ham So Won also showed off her two-faced demeanor when she left her home shopping gig. In the public eye, she stated that she voluntarily left the home shopping gig, however she complained how her departure from the gig was unfair in the chat room. Her fans them immediately called the home shopping company to voice their complaints. 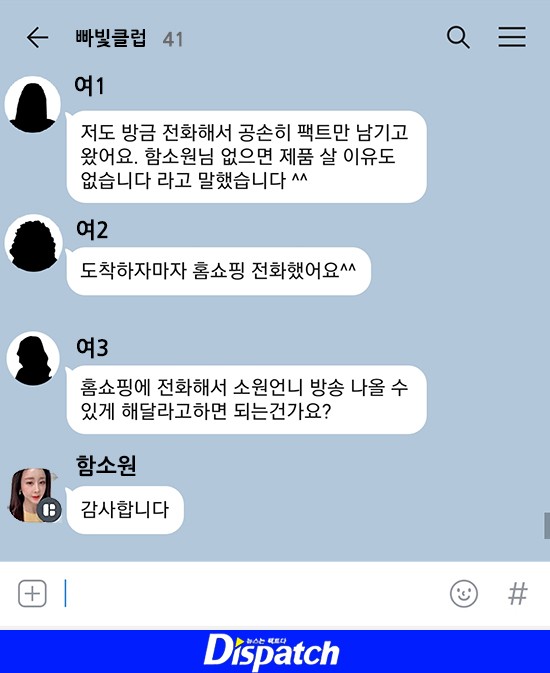 Female Fan 1: I just called them and respectfully let them know of the facts. I told them without Ham So Won, there is no reason to buy the product ^^

Female Fan 2: I called the home shopping channel as soon as I arrived home ^^

Female Fan 3: Should I call the home shopping channel and ask for Ham So Won unnie to be on the show?

Ham So Won: Thank you all.

In reality, the creator of the petition left the link in the chat room, and members of the chat room also voiced their support. 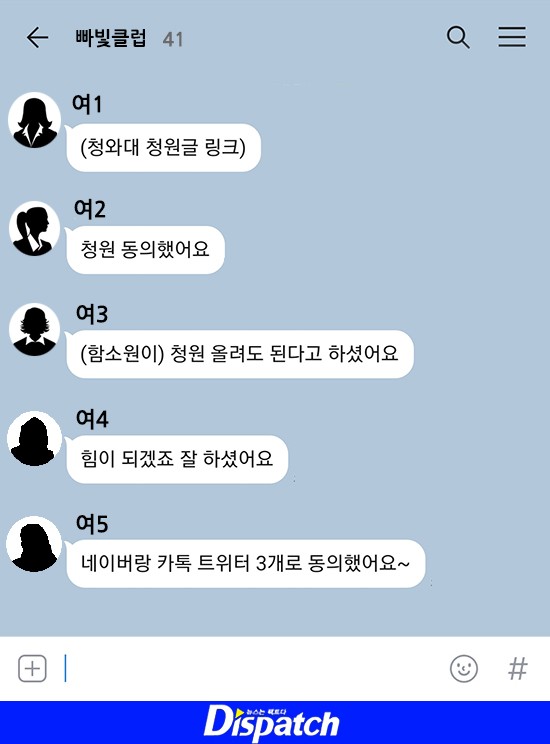 Female fan 2: I signed the petition

Female fan 3: (Ham So Won) said it would be enough to file a petition

Female fan 4: It’ll give her strength, you did well

Female fan 5: I signed it 3 times with Naver, KakaoTalk, and Twitter~

The fans in the chat room also coordinate with each other and leave group comments on fan cafes. The member of the chat room who tipped off Dispatch shared why they decided to let Dispatch know.

There was no self-reflection, we just kept saying things were unfair. She tried to use her fans to pressure the reporters and change the public opinion of her. All she needs to do right now is make a sincere apology.