Dispatch has revealed that 4 members of the 97 line, Jungkook, Cha Eunwoo, Jaehyun, and Mingyu, were together in Itaewon during the recommended social distancing period.

According to their exclusive report, on April 25, the same day that the Korean Center for Disease Control (KCDC) released their statement calling for Koreans to be careful and reiterated the importance of social distancing, Jungkook, Cha Eunwoo, Jaehyun, and Mingyu gathered together in Itaewon.

Dispatch says they confirmed the rumors of Jungkook, Cha Eunwoo, Jaehyun, and Mingyu gathering together, and they visited a restaurant and 2 entertainment facilities. The problem became how to deal with their visit after the new outbreak of cases tied to Itaewon. The KCDC requested that everyone who visited Itaewon between April 24-May 6 get tested, and that’s exactly what the 4 idols did. 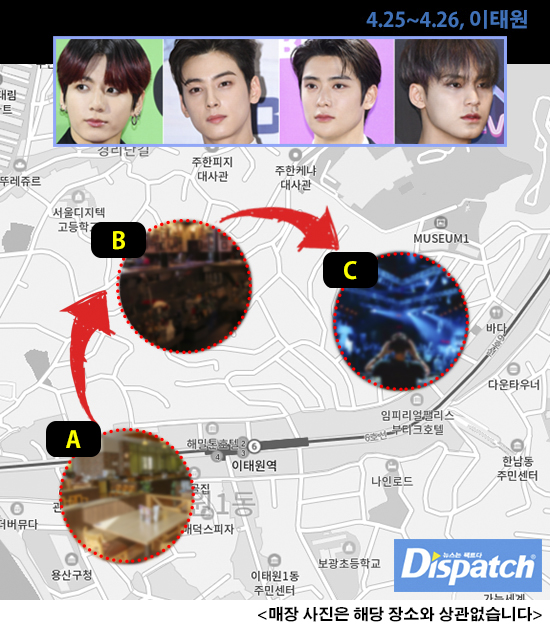 Jungkook, Cha Eunwoo, Jaehyun, and Mingyu all got tested and received a negative result. However, the KCDC recommends that one self isolates for 2 weeks, due to the virus’s incubation period. This would mean they would have to stay inside until May 10.

Instead, Cha Eunwoo started his comeback promotions with ASTRO on May 7, appearing on Cultwo Show and Hidden Track. He also performed on Music Bank on May 8, and Music Core on May 9. Jaehyun continued on with his MC duties for Inkigayo, appearing on the April 26, May 3, and May 10 episodes. Jungkook and Mingyu had no official schedules. 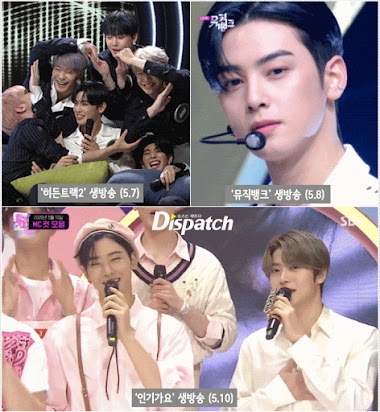 A witness from Itaewon who was at the same place as the idols commented on the matter.

I was in the same place as [the idols], and I tested negative. But even still, I self-isolated for two weeks. It’s more problematic if people act like nothing is happening and go on as normal.

The agencies are also under fire for their response to the reports, stating that it was their idols’ private lives or it is unable to be confirmed. There were no breaks in activities for those who were promoting. The agencies were being irresponsible for not sharing what happened, and not complying with the KCDC’s request to social distance.