Dispatch has revealed that Kim Jung Hyun refused to film 13 skinship scenes with Seohyun in MBC K-Drama The Time due to Seo Ye Ji‘s orders. 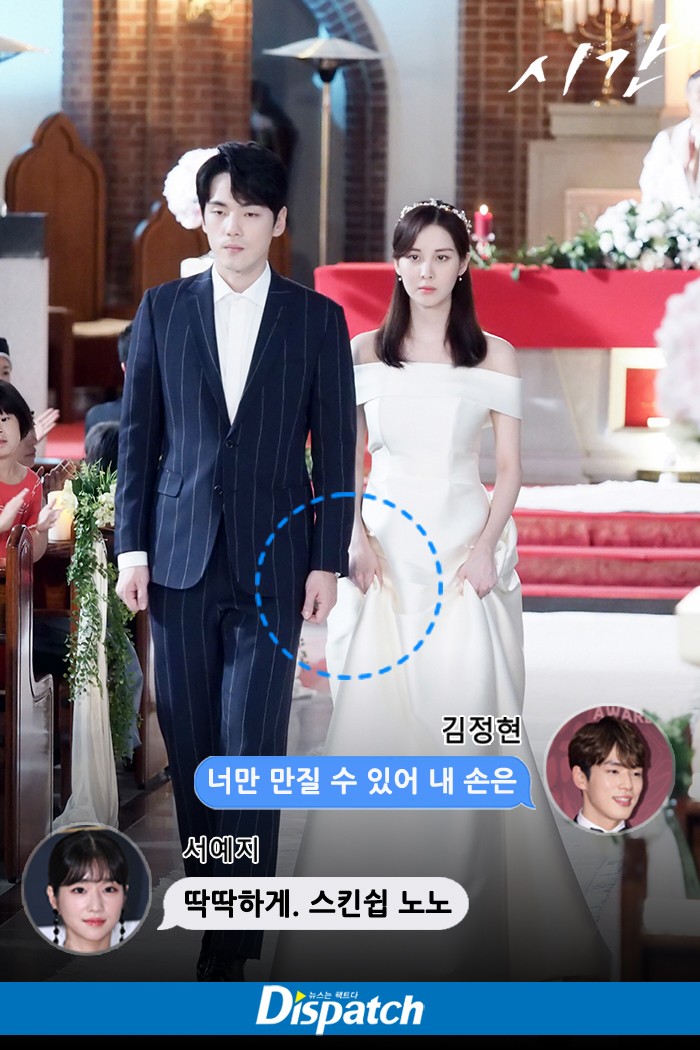 The first occasion of the missing skinship occurred during episode 5 at 48:45. Sooho (Kim Jung Hyun’s character) claimed he wanted to die, and Jihyun (Seohyun’s character) runs towards him, trying to stop him from jumping. While Seohyun grabs onto Kim Jung Hyun as they are both falling down, they are lying separately when they hit the ground. The director didn’t look much into it, thinking that it just happened due to the two falling. 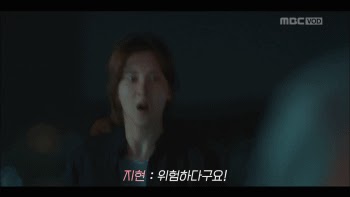 However, the original script for The Time shows that Seohyun and Kim Jung Hyun were supposed to be hugging each other on the floor. This scene never happened, and it was because Kim Jung Hyun didn’t want to film a melodrama. Instead, he was faithful to his real-life melodrama with Seo Ye Ji.

Ever since the synopsis of the drama was revealed, it was known that the drama was a melodrama. The drama clearly stated it was going to show how a man spends his last bit of time alive trying to give everything he can to a woman he previously hurt, and her feelings towards him slowly grow more and more.

The second instance where Kim Jung Hyun refused a skinship scene is once again in episode 5, at 54:38 during the band-aid scene. As Seohyun gives Kim Jung Hyun a band-aid, he tries to deny her heart. 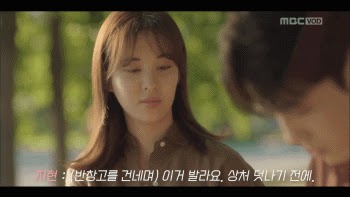 Seohyun: Put this on. Before the wound gets infected.

Kim Jung Hyun: Don’t bring me anything like this. I have plenty. Thank you for making this for me and giving it to me, but I don’t think I have the rights to accept it.

Seohyun: No, it’s not much. I’m thankful to you.

The original script however, showed a much more romantic feeling to the scene.

Seohyun: Put this on. Before the wound gets infected.

Kim Jung Hyun: (Looking at Seohyun) Are you really grateful to me?

Kim Jung Hyun: If you’re thankful, you should show your sincerity. Don’t just say thank you.

Seohyun: (applies ointment to Kim Jung Hyun’s wounds on his hand and face while looking at him intently.)

Kim Jung Hyun was the male lead in The Time. He had to act in a melodramatic way. However, he avoided as much physical contact as he could. He demanded that the script be revised under the pretext of too much immersion. In addition, he also complained of eating disorders. The production team had no choice but to listen to him.

Dispatch was able to obtain the entire script of The Time. They analyzed and compared the script to the actual drama that aired. From episodes 5 to 12, there are 13 missing skinship scenes that were in the script, but not in the broadcast. 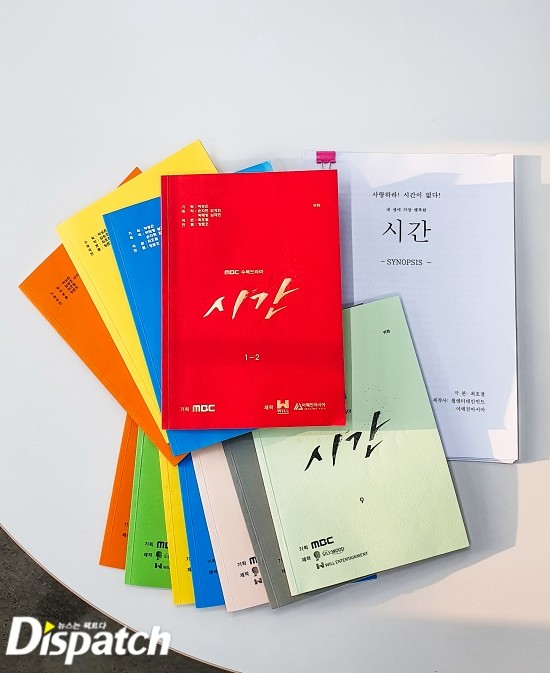 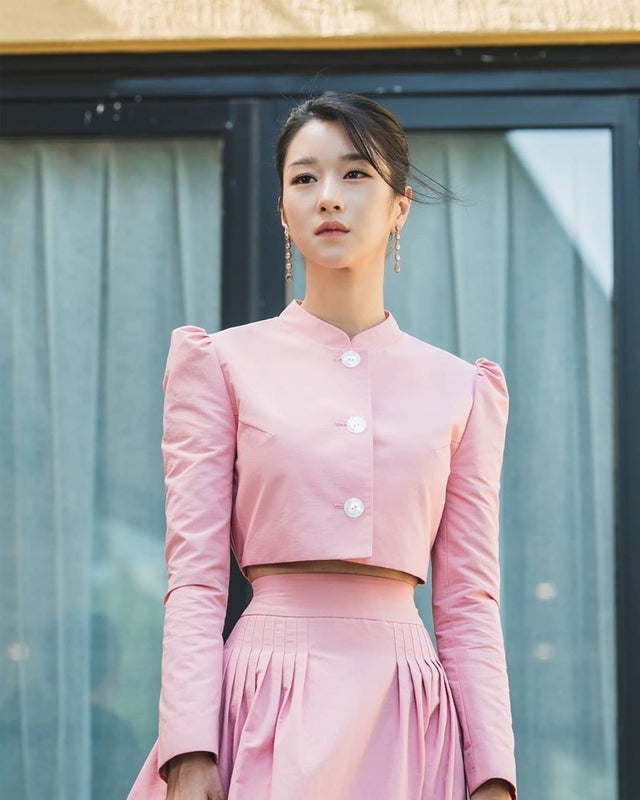 Dispatch were able to secure text message conversations between Kim Jung Hyun and Seo Ye Ji, and they verified the authenticity of the messages through various channels. 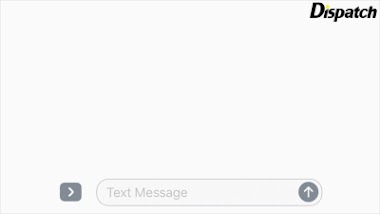 Seo Ye Ji: Stern Mr. Kim. Take out all of your skinship scenes.

Seo Ye Ji: Why didn’t you tell me what you did today?

Kim Jung Hyun: I didn’t even greet the female staff today. I was so stern towards other people.

Kim Jung Hyun: I told Jang Joon Ho director once again that I wouldn’t do romance but I couldn’t drive [the idea] into him.

Seo Ye Ji: ㅋㅋ Alright. Do well being stern with your actions.

Kim Jung Hyun: The script for episode 9 came out, I think it needs to be completely revised.

In relation to this set of messages about Episode 9’s script, the hallway scene where Kim Jung Hyun is on the floor ends with a pitiful “get up”, with no skinship or physical contact at all. 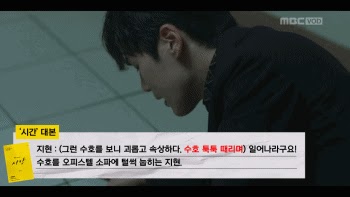 Seohyun: So are you going to marry Eun Chaeah? (Hwang Seung Eon’s character)

Kim Hyun Jung: Then what should I do. There’s no other way. It’s so annoying.

Seohyun: (Doesn’t move) I said get up.

In reality, Dispatch believes there is some simple common sense missing here. When an acquaintance is down or falls down, people don’t just stand there and say get up. It is common sense to run towards them, check if they are okay, and try to support them in getting up. According to the script, Seohyun was supposed to help Kim Jung Hyun get up, take him back into her house, and help him lie down on the sofa, but none of this happened in the drama.

Why did this happen? It can be inferred through Seo Ye Ji and Kim Jung Hyun’s text messages during the filming of the drama’s teaser in June 2018. 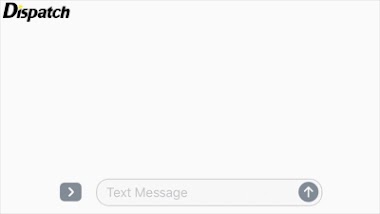 Kim Jung Hyun: Only you can touch my hand.

Seo Ye Ji: Stay stern, whatever it is. Change things well. Shinship is a no-no.

Kim Jung Hyun: Of course. The assistant director and girls are also working on it, but I’m being stern.

Kim Jung Hyun: I didn’t even make eye contact with the girls.

Seo Ye Ji: Change it well so there is no romance and no skinship.

Kim Jung Hyun: It’s time for Seohyun to film, so the guys are all talking.

Kim Jung Hyun: I just asked Jang Joon Ho director to remove all the melo-romance in a perfectly logical way.

He kept asking me to revise the script. He said that mental live is important and asked me to remove skinship. If it didn’t go his way, he would run away and make dry heaves, retching.

At first, the production team believed Kim Jung Hyun, worrying about his health. However, they soon started to doubt it, as Kim Jung Hyun was attached to his cell phone. In fact, Kim Jung Hyun would constantly take videos of the filming site, and report it to Seo Ye Ji. 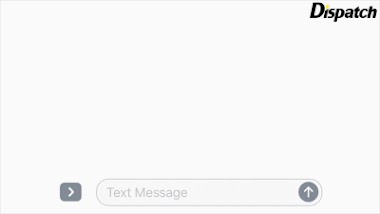 Seo Ye Ji: How did you greet the staff?

Kim Jung Hyun: (Uploading the video of the filming site) I didn’t greet them at all.

Seo Ye Ji: You’re right, not to greet them.

Seo Ye Ji: If they greet you first, you just need to be stern with them.

Seo Ye Ji: I feel bad right now. Send me what the current situation is like.

Seo Ye Ji: Did you not send me a video of the set?

Kim Jung Hyun: It’s inside the set. Inside the studio. 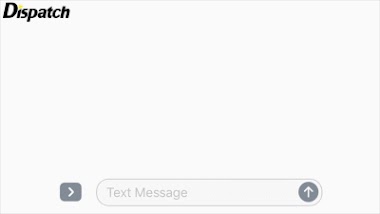 Kim Jung Hyun: I’ve been reading the script. I’m not doing anything else.

Seo Ye Ji: Edit it so there’s no romance.

Seo Ye Ji: You’re happy because of me. So make me happier too.

Dispatch also shared the original script for a scene in episode 6, where Kim Jung Hyun is complaining of pain due to his brain tumor.

Kim Jung Hyun: Should I…? (Gets up… but stumbles and loses his vision for a bit)

Seohyun: (surprised and goes to support him) What’s wrong?

Seohyun: Are you okay?

In reality, the drama scene ended up very different than the script stated, he completely ignored Seohyun. 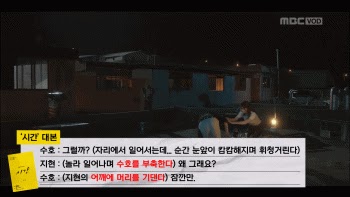 Kim Jung Hyun: I should. (suddenly gets up and runs to the railing.

Other instances of Kim Jung Hyun removing skinship from his scenes include episode 6, where he was supposed to put a watch on Seohyun’s wrist. Instead, he left the watch on the table. In episode 7, he was supports to remove flower petals from her hair, but never did. When Seohyun falls over in episode 7, he was supposed to help her stand up, but he did not. In episode 10, he has to hand Seohyun a shopping bag, but instead left it on the floor. Finally, he completely refused to hold her hand during the wedding scene. 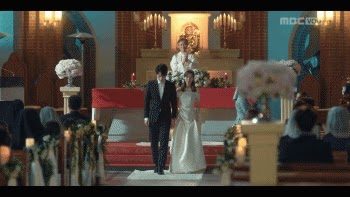